Doogee V10 VS Doogee V20, which are the main ones between the two rugged smartphone models? Let’s find out in this in-depth study

Doogee has years of experience in the rugged phone industry with a commitment to making the best smartphones. V20 is the culmination of all these years of experience. It is the successor to the successful V10. They both share many similarities and differences, but both devices increase strength in some areas over the other.

Before we get started, let’s discuss the similarities between the 2 smartphones because you know what the saying goes “It’s not broken, don’t fix it”. Both models rely on octa-core processors for their performance. They also have side-mounted finger scanners, a 16MP selfie camera, a 33W fast charger, NFC, and support the same number of frequencies. They are both IP68, IP69K and MIL-STD-810 certified.

For the difference, we’ll discuss them in sections and explain the benefits of the updates.

Doogee’s rugged phones are characterized by their special features, from laser rangefinder to thermography, they have it all.

V10 came with a built-in infrared thermometer which is useful in this special time we are facing in the world. V20 decides to go flashy with a rear display. The display is 1.05 ”in size and is great for keeping up with when the phone is on your face

The most commercialized feature of the V20 is Samsung’s 6.43 ”AMOLED display. In my experience, this is the first AMOLED display on a rugged phone. It has a 2k resolution with an aspect ratio of 20: 9, 16 million colors and an 80000: 1 contrast ratio. 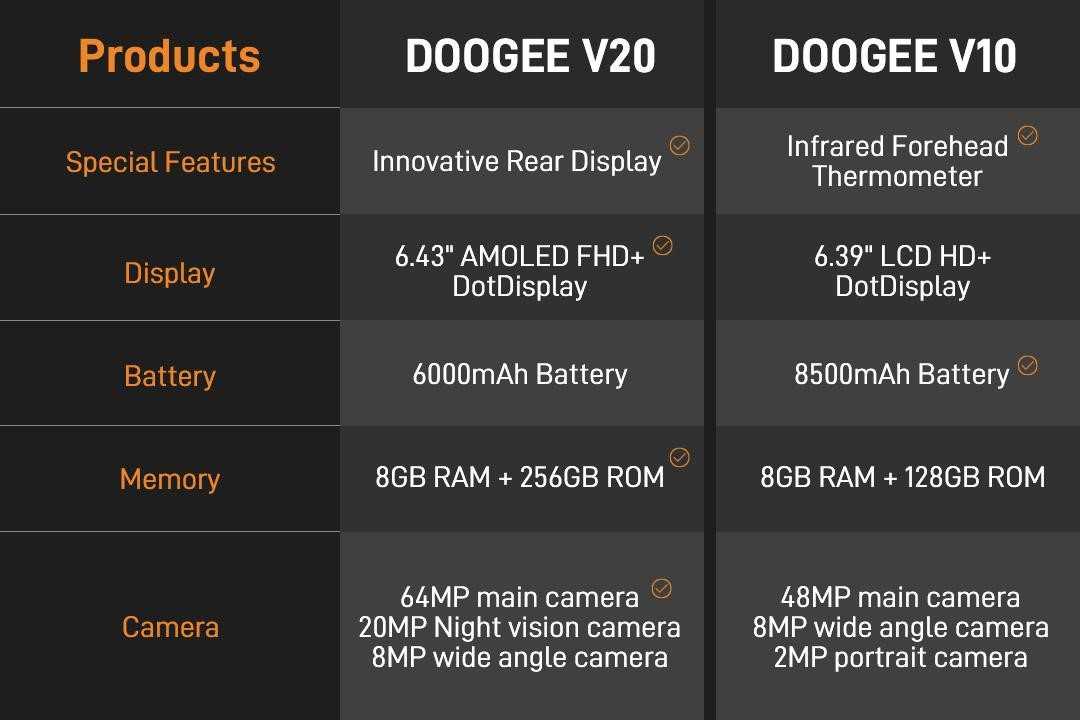 At first glance, the V10’s 8500mAh sounds more impressive than the V20’s 6000mAh battery. But considering the V20 uses an AMOLED display and has a more advanced power management system built in, you get about the same amount of usage time from both devices. The smaller battery capacity also makes the V20 lighter and easier to handle.

Configuration of the camera

The V20’s 64MP main camera unmistakably beats the V10 48MP. V20 is flanged on both sides by a 20MP night vision camera and an 8MP wide angle camera to form a triple camera setup mode.

The V10 also has a triple camera, the main camera is flanked by an 8MP wide-angle and 2MP macro camera.

The V20 kept the 8GB RAM of the V10, on the storage front, it opted for the 256GB UFS2.2 fast memory. The extra 128GB internal memory gives the V20 a bigger storage option for photos, videos and games. 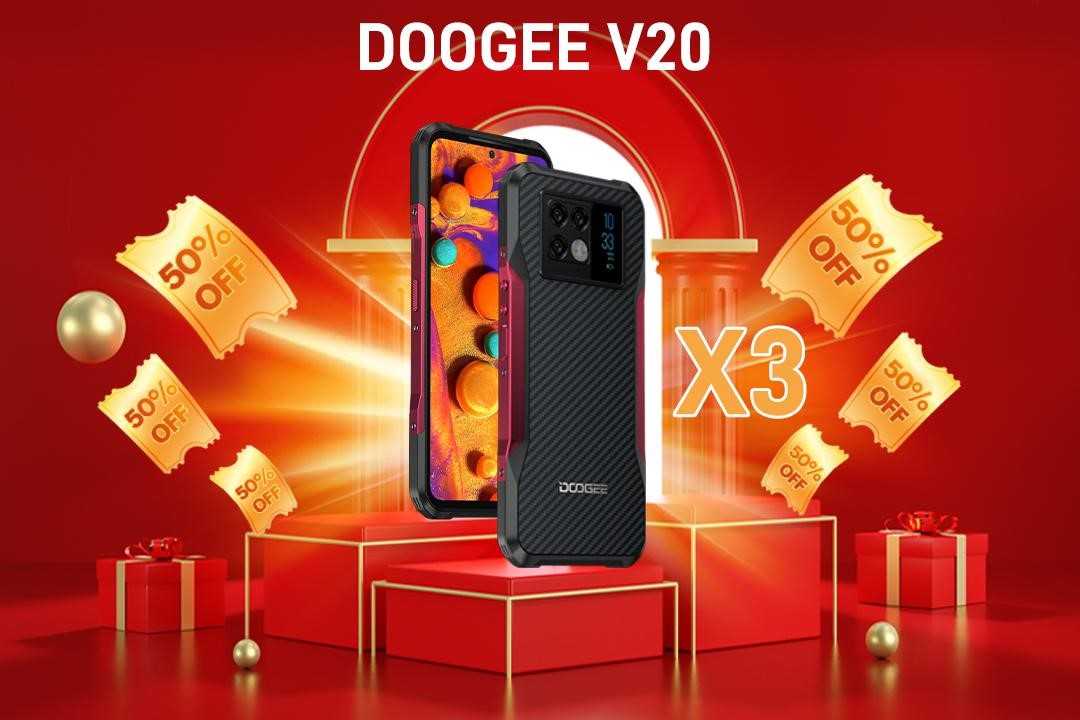 In conclusion, the V20 is obviously worthy of carrying on the legacy of the V10. The new entry in the V series is up for grabs in a giveaway currently underway on the official Doogee website where lucky fans can pick up the devices for free. The launch date has yet to be announced.

Beyond Good and Evil 2: A matter of time before the game is canceled 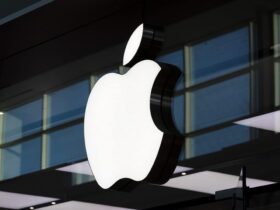 The digital legacy arrives on the iPhone with iOS 15.2

Blackview Tab6 Kids: here is the new 8 “tablet for children

Back Market: give a refurbished iPhone 11 or smartphone for Christmas

Mobile gaming: the trends coming in 2022

How to spy on mobile without physical access for free