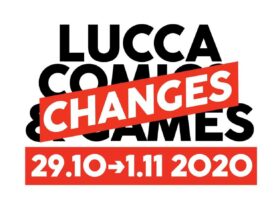 Lucca Comics and Games 2020: the whole event will be digital

MicroMacro Crime City is the new investigative of MS Edizioni, this is the review of the demo case “Murder in the center”

“Murder in the center” is the demo adventure of MicroMacro Crime City, the new board game of the investigative genre by MS Edizioni. Your job is to team up with your friends to help the city of MicroMacro solve a crime.

The full version of MicroMacro has inside:

The cases to be solved are a total of 16: 1 introductory case and 15 cases that have different levels of difficulty that are expressed in stars (1 star is the simplest case and 5 stars is the most complex to solve).

The case I tried for the review is a demo case which is not included in the base game, but which is played in the same way as the cases in the full version. Inside the demo I found: the map of the city, an envelope with the 8 Quest cards and the rules.

The setup it’s very simple, put the map of the city in the center of the table so that all the players can see it well. Then choose a Chief Investigator who will be in charge of reading the Assignment cards and, once all this is done, you can begin playing. Also The rules it is very easy to explain, it starts with the Chief Inspector reading the back of the top card of the deck, this gives an overview of the case to be solved and shows the picture of the main character. Then, again the Chief Inspector, reads the front of the next card, officially starting the investigation.

Each assignment you find on the cards is linked to a specific scene to find on the map and which will be useful to support your hypothesis. If the solution that you have found it’s right, the Chief Investigator reads the solution on the back of the card aloud and then proceeds to the next assignment. If, on the other hand, the solution is incorrect, the Chief Inspector does not read the back of the card aloud, but merely tells the other players that their guess is incorrect and that they will have to continue to investigate for themselves, since he knows the solution to that precise assignment. This continues until you have solved the crime.

Everything that I will write below, including the final evaluation and the vote, refers only and exclusively to the demo case and not to the actual game.

I think the demo case corresponds, as a level of difficulty, to the introductory case that is present in the full version. “Murder in the Center” we solved it in a very short time, with my family it took us more or less 20 minutes in which to start the game and explain the rules are included. As for the playability, with such a simple case it was really difficult to be able to collaborate all of them together, it was inevitable that someone would prevail over others because he was the first to arrive at the solution. Turning to the materials, I have no particular note to make except about the map, in the demo version it is very small and there is no magnifying glass supplied and luckily I had one at home, because otherwise it would have been really complicated to be able to look for clues above. As for the full version, I saw from the measurements that the map is larger and that there is a magnifying glass supplied, so you don’t risk losing your sight.

Did the demo make me want to buy the game and try my hand at the most complicated cases? And. Is it a fun game to play in a group? With such simple cases, no. Can you recommend it to those looking for a loner? No. The perfect number, in my opinion, is 2 players. It is necessary that the figure of the Chief Inspector is present to check if a solution is correct or not, because you will immediately spoil the solution by yourself and the game ends quickly. The presence of other players is not necessary, because there is a risk that not everyone will be able to participate actively in the game.

We fight crime at MicroMacro