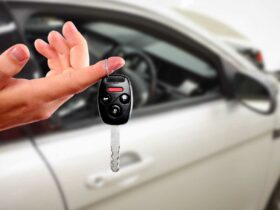 Suzuki is among the companies that support the fourth edition of the competition named after Valeria Solesin, the young researcher victim of the terrorist attack at the Bataclan Theater in Paris in 2015

Today, Thursday 26 November, the closing ceremony of the fourth edition of the Valeria Solesin Award, promoted by Forum of Meritocracy and yes Allianz Partners, sponsored by Suzuki together with other companies and associations. Due to the ongoing pandemic, the Award Ceremony was organized digitally. The event represented an important moment of discussion on economic and social issues, which involved many leading figures from the academic and business world.

The competition was open to students, authors of master’s degree theses in various disciplines, such as Economics, Sociology, Law, Political Science, Psychology, Educational Sciences, Engineering, Statistics and Demography, as long as they refer to the theme: “Talent female as a determining factor for the development of the economy, ethics and meritocracy in our country “.

48 applications were received by undergraduates from many of the most prestigious Italian universities, public and private. After also evaluating the originality and innovativeness of the works, the Scientific Committee of the Prize selected the 13 winners, with an ex aequo in the twelfth position, who received the prizes up for grabs, for a total value of 30,700 euros.

By joining this project, Suzuki is marrying an initiative that aims to ensure a better future for the new generations.

Following in the footsteps of the studies conducted by the young Venetian researcher at the Sorbonne University in Paris, the Organization wants, in fact, to favor the rooting in the world of work of a meritocratic culture, which evaluates talent without distinctions of gender.

Only in this scenario is it possible to legitimize the professional ambitions of each individual, in companies as well as in institutions, always with due respect also for the family dimension.

In expressing Suzuki’s full attention to the themes of the Award, Massimo Nalli, President of Suzuki Italy, sent a video message of thanks to the competitors and the jury. “The Valeria Solesin Prize, as an initiative devoted to rewarding merit, is a very rare commodity in Italy.” Massimo Nalli stated at the beginning of his speech, in which he also underlined Suzuki’s traditional vocation in contributing to the improvement of the well-being and lifestyle of its Customers. The President of Suzuki Italia then concluded by wishing all participants, winners and non-winners, to be able to continue to cultivate their talent, encouraging them to promote the values ​​they believe in, just like Suzuki does.

The Hamamatsu company bases all its activities on the search for continuous improvement, whether it is wanting to excel in motorsport or to win technological challenges in the industrial field. For Suzuki, the application of one’s talents in work guarantees the achievement of any goal and the spread of a message of this type is intended to be a stimulus to growth for all students, with positive effects on the whole society.

For other news on the world of engines, and much more, keep following the TechGameWorld.com pages!