“And you can never go to the bottom, as long as Koji Kondo whistles”: today’s appointment with Music & Videogames is with a giant in the sector

We could only pay homage to a musical work created by one of the greatest Italian videogame journalists, Andrea “Bisboch” Babich, to open our appointment in Music & Video Games with Koji Kondo. If anything, as the dreamy notes of the song dedicated to remember Shigeru Miyamoto, you happened to whistle a song heard in a Nintendo title, two times out of three is this man you have to thank. Last time we talked about David Wise and his often sober and atmospheric songs, but this time we head back towards a auditory magic made of leaps and joy.

Koji Kondo was born in Nagoya, Japan in 1961, six years before Wise and Yoko Shimomura, who completed a training course in music exactly where Kondo ended. The artist began taking lessons for the electronic organ at the age of five. Later, engaging in a cover band dedicated to jazz and rock, Kondo studied at the “artistic planning department” at Osaka University of the Arts. However, unlike the talented pianist we mentioned earlier, the similarities stop in Osaka: the author has mostly been self-taught, all along.

Kondo fell in love with arcades with Space Invaders and the first Donkey Kong, but for a purely artistic merit: the musician has in fact defined the videogame environment as the only one in which to find the sound he has always been looking for. For this reason, he began to combine composition and programming by studying the BASIC language. But where his illustrious colleague Yoko was contacted by Capcom, Kondo found himself early enough to receive a call from a company that still lacks a leading musician. You can already guess which company it was … 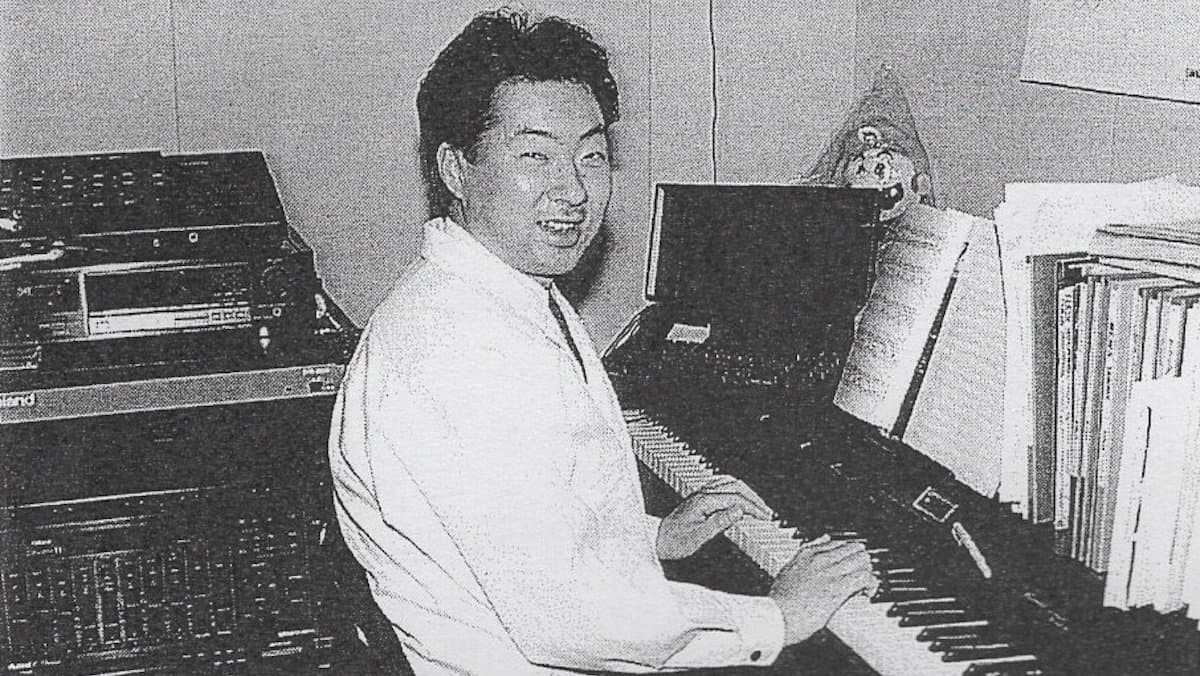 To the wise, a contract – Music & Video Games: Koji Kondo

It was the year 1984, and Koji Kondo’s talent in music was about to be inextricably intertwined with the world of video games. In reality, Nintendo did not contact him specifically, but his university. Unlike other musicians we’ve talked about, Kondo didn’t need to ship a demo tape. He tells himself remembering that he contacted Nintendo through the school’s job advertisements. With no little self-confidence, instead of sending more questions Kondo focused directly on the Great N. “That’s my place”, He says.

After a successful interview, Kondo’s name has always been a synonym for Nintendo. His hiring was the third after Hirokazu “Hip” Tanaka e Yukio Kaneoka, for the direction of the sound. Contrary to the other two, however, he was the first true composer of the company, and his debut proved it: his are in fact the unmistakable musical notes that accompany the matches of the first. Punch-Out!! of 1984, in its arcade incarnation. However, its fixed console debut would only come later: we’re getting there… almost exactly where you think. 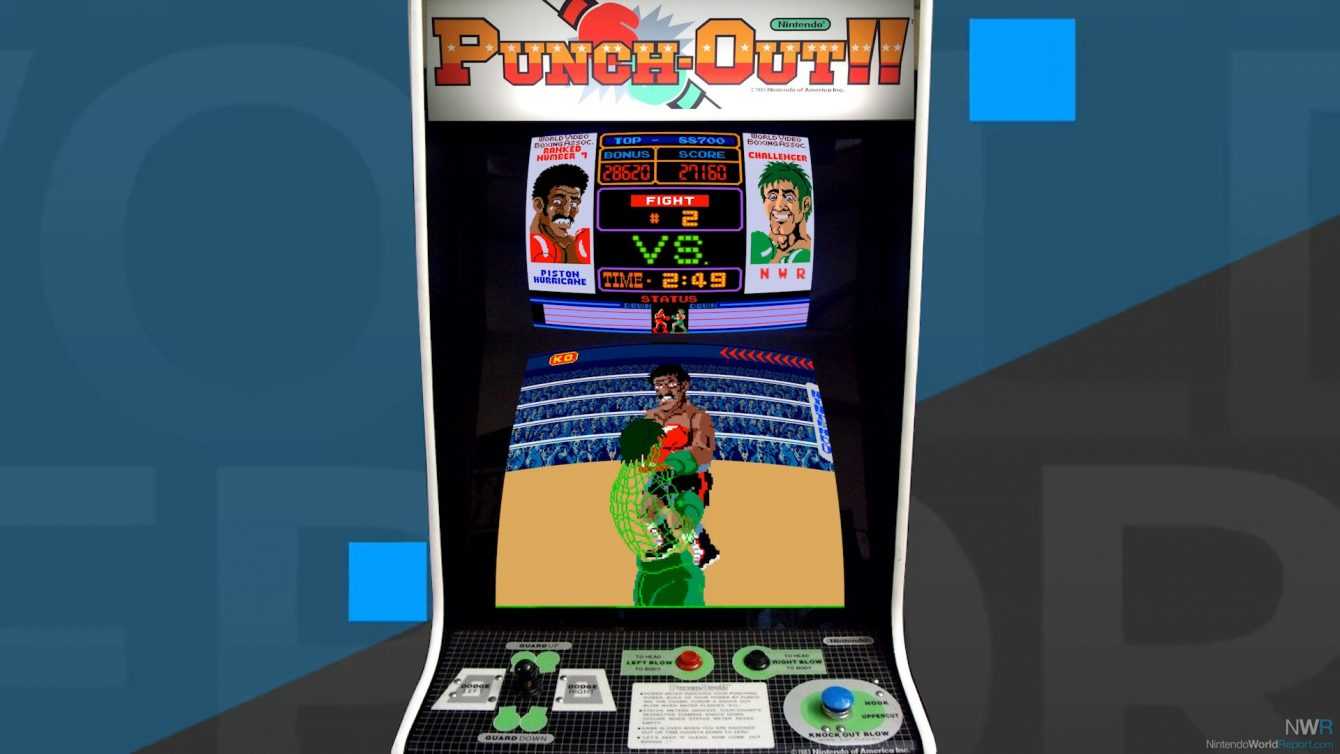 The devil makes the batteries of pots, the musician plays them – Music & Video Games: Koji Kondo

By creating more jingles and sound effects than music, Koji Kondo was able to overcome the challenges of the first hardware for arcade video games. With the Famicom’s (US NES) popularity in Japan since its launch in 1983, Kondo was assigned to music composition for subsequent games at the Big N’s new in-house development team: the legendary Nintendo Entertainment Analysis and Development, colloquially called EAD. The second product created by the musician, needless to do it on purpose, was the instruction manual for using the peripheral Family BASIC to program music.

To wrap up his first year under the wing of Nintendo, Kondo composed some of the music for Devil World in the company of Akito Nakatsuka. In 1985, Nintendo began exporting the Famicom to make the most of the crisis in the gaming industry in 1983. Super Mario Bros. in 1985 and the first played the crucial role. The Legend of Zelda in 1986, they sold a total of 60 million copies. We are talking about two sagas that boast the best known melodies of the entire videogame industry, and it would not be an exaggeration to attribute much of their credit to Kondo himself. 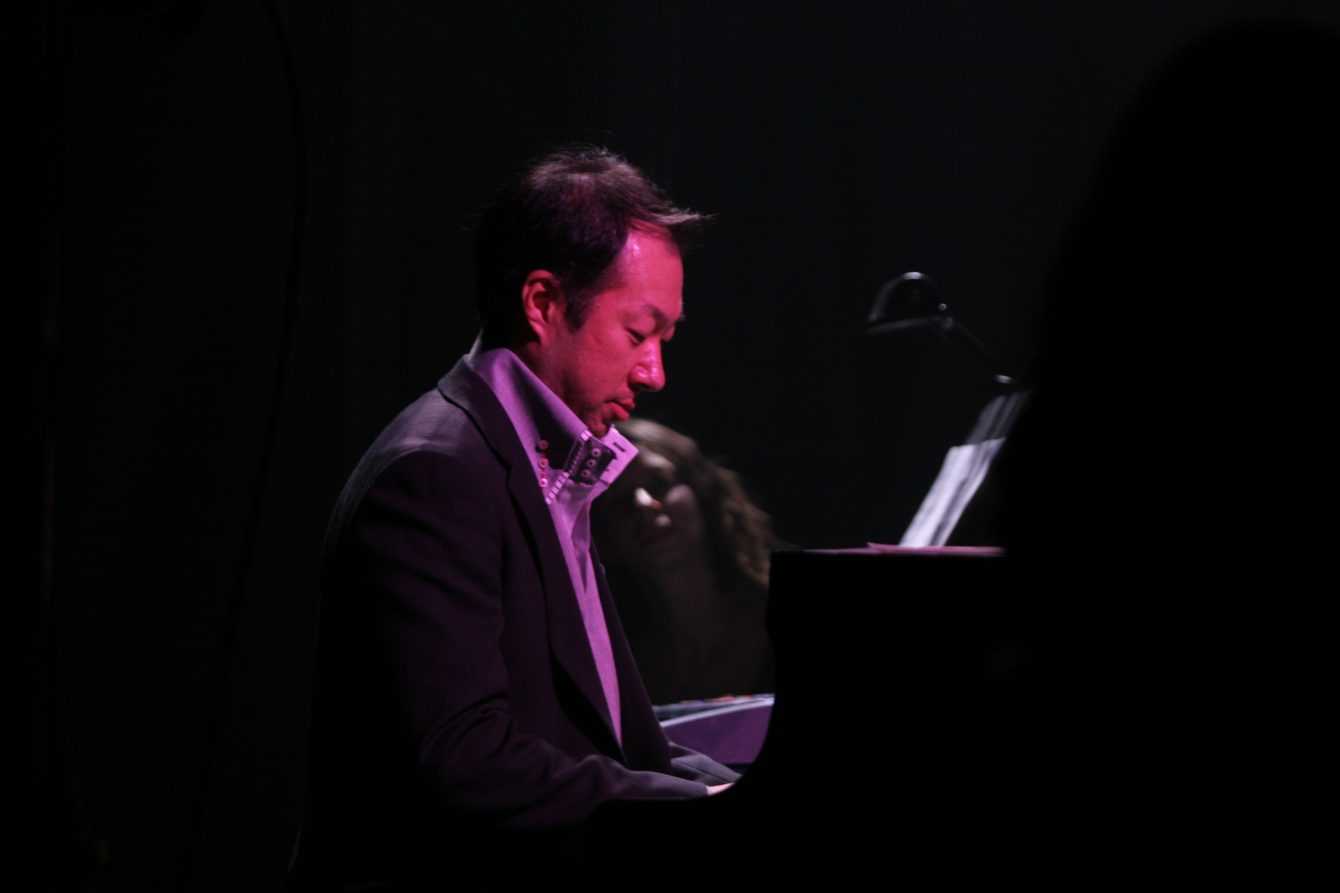 We find it difficult to find a collaboration between Koji Kondo’s talent with Nintendo’s music and video games more famous than the first Super Mario Bros .. For many years the 1985 platformer was the best-selling game of all time for a single platform, and in Kondo’s case it was the first real soundtrack. His melodies, now iconic and unmistakable in popular culture (as well as tending to “loan”, as Stay at home and win teaches us), were born with the aim of being repeated forever during gameplay without ever getting bored. If you have read the subtitle above humming, you can only nod.

The main theme of the game was played in over 50 concerts, became one of the most downloaded ringtones in the world, was used in sampling by various musicians and was even played by Shigeru Miyamoto himself during the Tonight Show with Jimmy Fallon appearance (ironically, the Big N later requested the removal of the video from YouTube automatically). Despite the past many years, Kondo’s involvement always causes a sensation: the unreleased music for the previously non-existent themes of Super Mario Bros., Bros. 3 and World in Super Mario Maker 2 they deserved an honorable mention in the dedicated Direct.

The mustache does not escape for long – Music & Video Games: Koji Kondo

The Legend of Zelda is in turn one of the most famous sources of music in the world of video games, but the four songs composed by Koji Kondo for the first chapter are far from being the only works of the artist in a short time. In addition to the two lost pearls exclusive to Japan, The Mysterious Murasame Castle e Shin Onigashima, in 1987 Kondo also made music for Doki Doki Panic. Ironically, however, he wants Mario to escape would have been much more difficult than expected: as the most experienced among you will know, the latest game is known to us as Super Mario Bros. 2.

Kondo returned the following year to produce the soundtracks for Super Mario Bros. 3 and, in 1990, to devote himself to Super Mario World. Koichi Sugiyama directed a jazz group to rearrange the music of the latest title, and in 1991 the music of World starred in the first Orchestral Game Music Concert. Afterwards, Kondo supervised the sound of Pilotwings composing the theme for the helicopters, and then creating the sound effects of the first Star Fox in 1993. Even the music of Yoshi’s Island, dating back two years later, it was his doing. 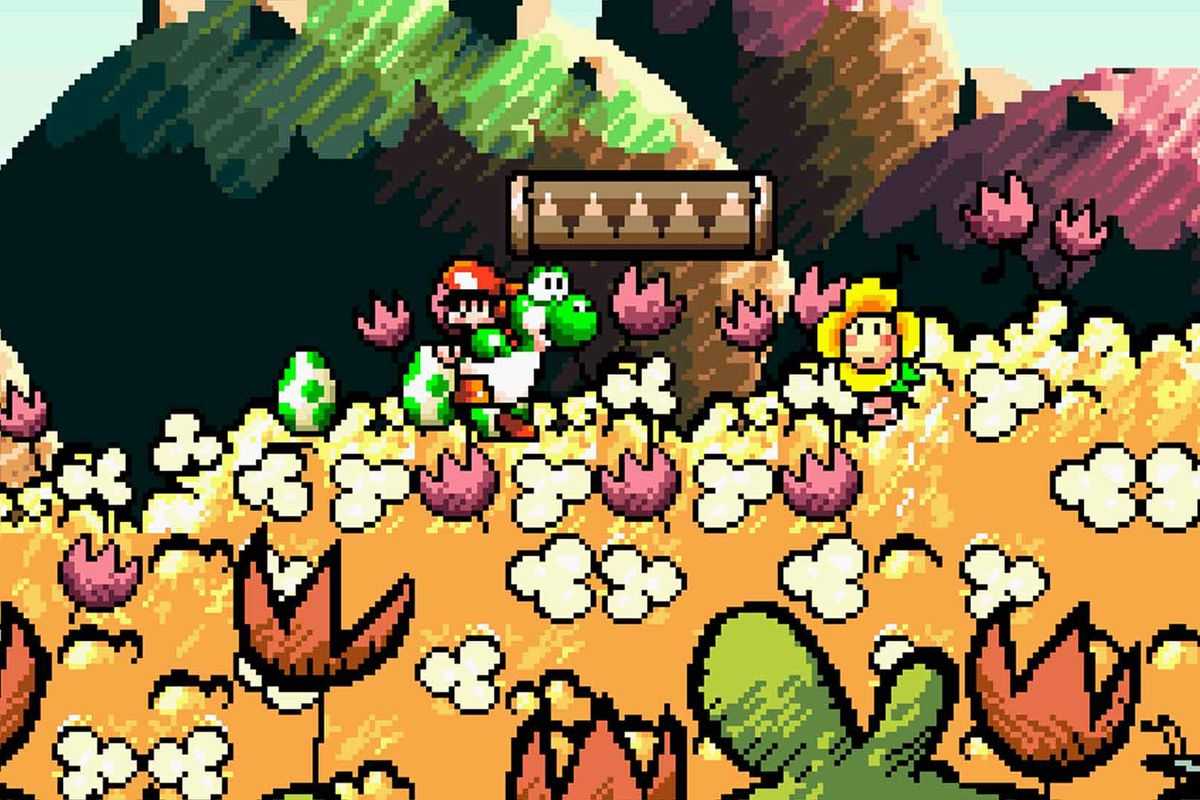 Also, as we mentioned earlier, his last leading role for composing new songs was with Super Mario Maker for Wii U and Nintendo 3DS and its sequel for Nintendo Switch. However, by now his imprint in the typical sound of the Big N (albeit indelible) lives only in the legacy he left: the ability to compose a theme and rearrange a specific sequence of notes ad infinitum (we’re looking at you, Super Mario Sunshine ) without ever being out of place. Creating art from simplicity has always been the secret of the Kyoto giant, on the other hand. 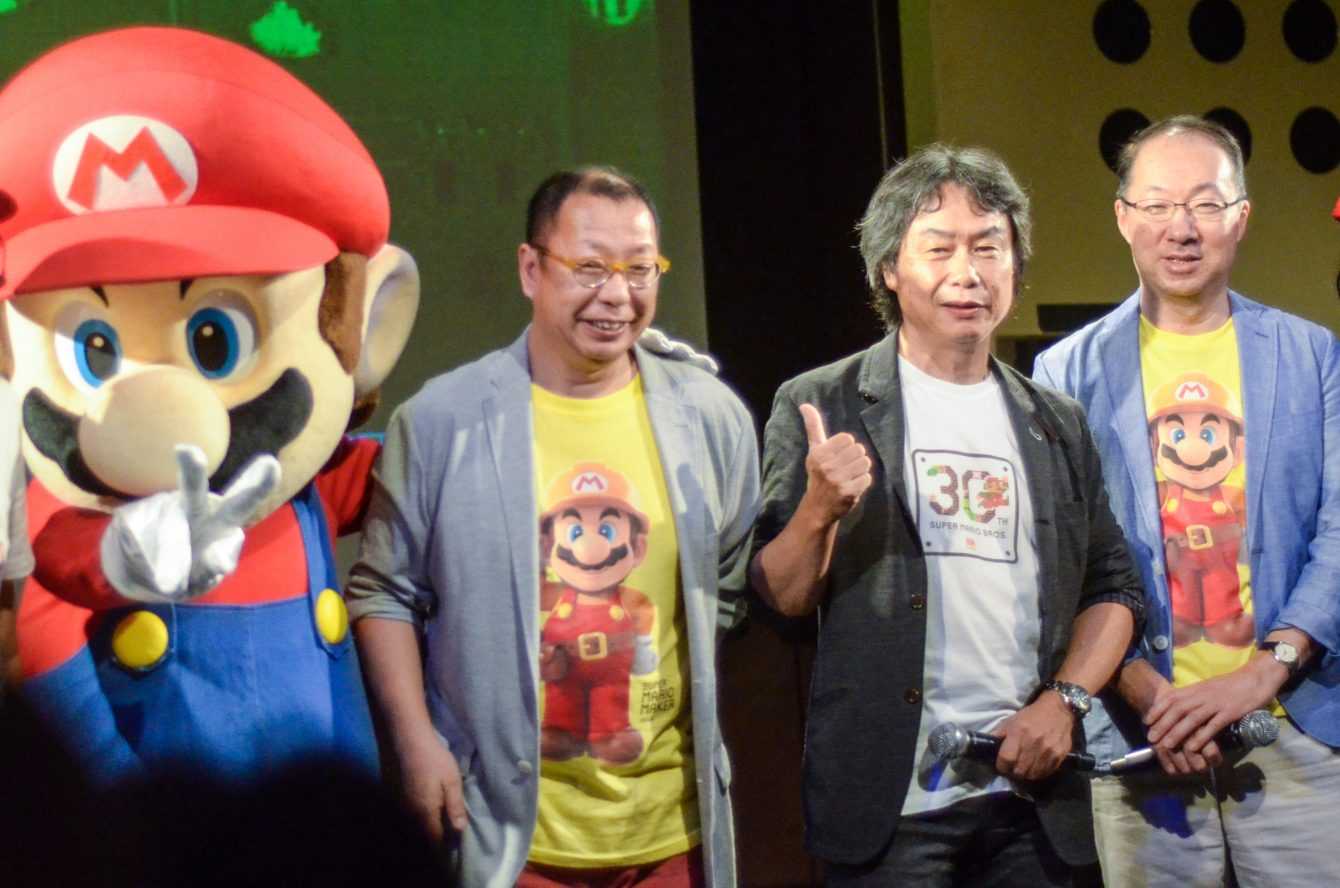 Music that transcends video games has always been a fixed point of our specials, and Koji Kondo’s is certainly no exception. In May 2006, the artist was present at the premiere of the concert Play! A Video Game Symphony, held at the Rosemont Theater in the Illinois town of the same name. As the name of the event indicates, the notes Kondo poured into Super Mario Bros. and The Legend of Zelda were played by an entire symphony orchestra. Five years later, however, Kondo was also more involved in the performance aspect itself.

We allude to the three concerts dedicated to 25th anniversary from The Legend of Zelda series, which we also mentioned when talking about the Zelda amiibo and the cloud groove coming this summer. In December 2014, Kondo played the piano in a performance with the Imagine Dragons at the Game Awards (below). Outside of the live sphere, official soundtracks are usually quite elusive, and mostly show up as a limited-run bonus for Club Nintendo members. The extras menu of Super Mario 3D All-Stars on Nintendo Switch, which includes soundtracks for 64, Sunshine and Galaxy. 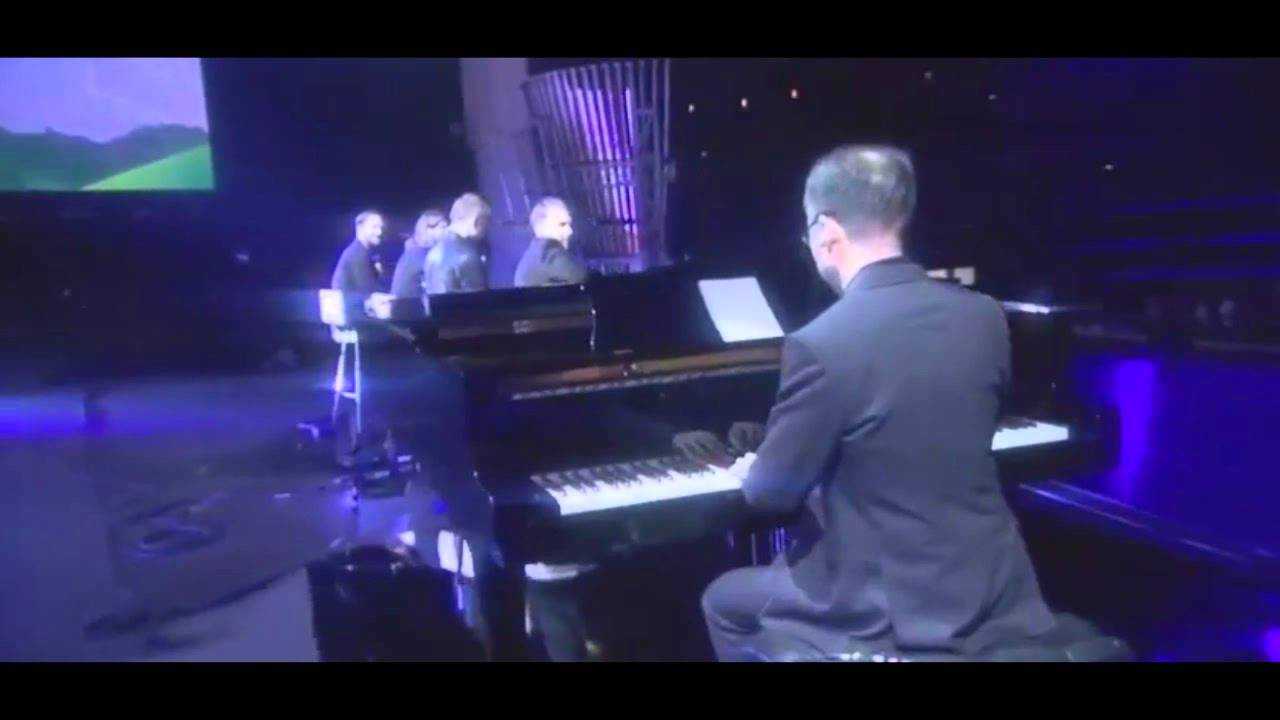 From real world music to the notes of the mycological realm – Music & Video Games: Koji Kondo

The music composed by Koji Kondo was conceived by feeling of movement which reflects the player’s physical experience. This reasoning follows the philosophy of the creator and designer of Super Mario Bros., Shigeru Miyamoto, who requested that the audio sector of the game have “substance“And it was synchronized with the title elements. Therefore, Koji Kondo based much of the soundtrack on genres mostly applicable to dance, such as waltzes and Latin American music. Not surprisingly, the Super Mario Bros. theme in its version of Super Smash Bros. Brawl (rearranged by Kondo) implements pseudo-Caribbean sounds.

In the first The Legend of Zelda, Kondo has combined the main theme (that of the overworld) to the background music of the dungeons. Subsequently, the musician underlined the importance of the songs that fit like gloves to characters and situations, in such a way as to allow players to never feel lost in a title he has set to music. This “day and night” contrast can be found in many other games the artist has worked on, including the difference between 1-1 and 1-2 in the very first Super Mario Bros .. 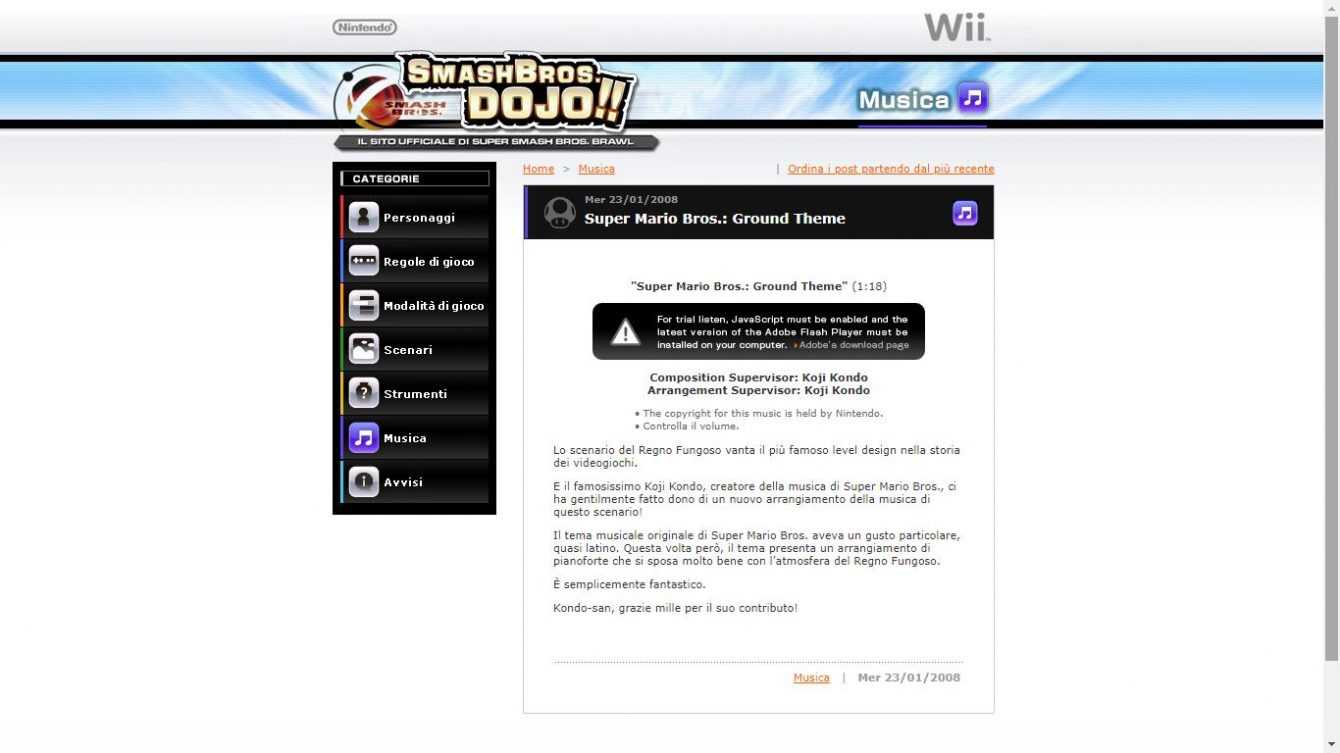 There is no need to talk about how influential Koji Kondo is when we look at how prolific he has been over the years. The list of titles he worked on as sound director starts from 1983 and ends, at least for now, in 2019 with Super Mario Maker 2. In the middle …