To celebrate the legendary German circuit, MV Agusta launches the new Brutale 1000 Nürburgring, a strictly limited edition model will see only 150 units built and produced in direct collaboration with the famous track. The goal with this special limited edition edition (with a specific plate with the number of the specimen placed on the right air intake) was to reduce the weight compared to the standard Brutale 1000 RR which, as is well known, offers Euro 5 homologation and a powerful engine. four-cylinder in-line 208 horsepower. And the Italian house to satisfy this “desire for lightness” has thought of carbon fiber as the main material to be used for some parts, but not only.

One of the most striking new parts made from carbon fiber are the wheels, a part that has been developed in tandem with one of the companies specializing in this field, namely BST. The rims feature an innovative billet hub that is said to be lighter and stiffer than before. As a result, the unsprung mass is reduced, increasing acceleration, braking and lean performance.

The kit includes other components such as the carbon fiber protection for the exhaust and the passenger seat cover, also in carbon fiber.

Every MV Agusta Brutale 1000 Nürburgring model will be supplied complete with an exhaust kit in the form of an all titanium Arrow system. Designed with the knowledge acquired in the SBK championship, the 4-in-2 system makes its debut which couples cylinders 1-2 and 3-4, and features a longer primary manifold than the “base” model, to obtain in this way a greater couple. The exhaust kit is complete with a new pre-programmed ECU with dedicated mapping. 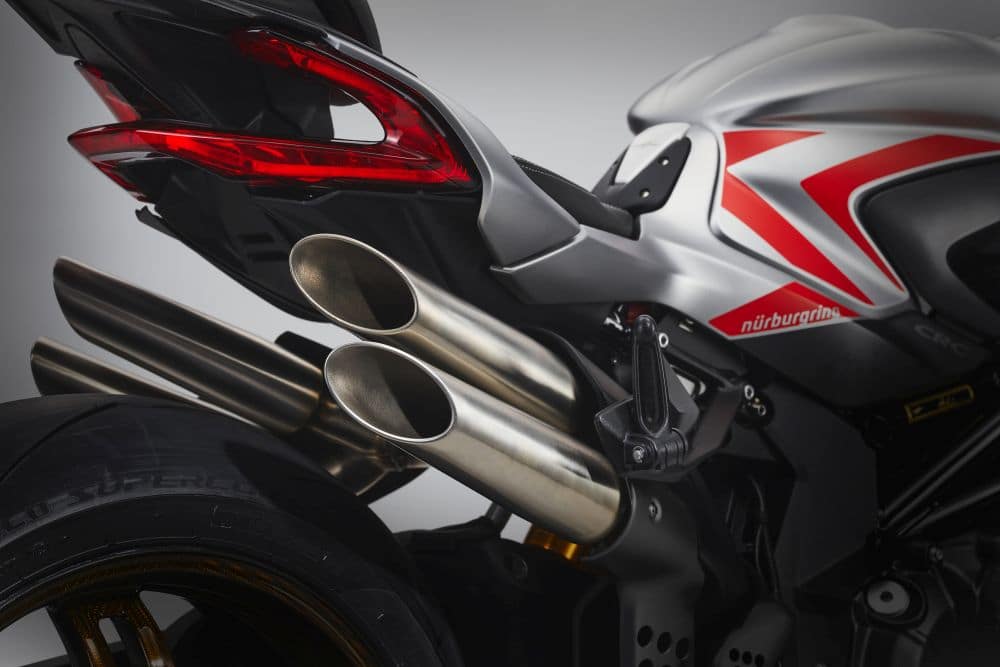 The windshield mounted above the headlight has also been redesigned for this special version of the Brutale, and is now smaller than the one on the Brutale RR. MV Agusta declares that the small fin increase the load on the front end at high speeds, although it remains to be seen how effective this small element will be.

The final feature that sets the Brutale 1000 Nürburgring edition apart from the rest of the range is the paint. The bike is finished in a silver base color with what MV Agusta describes as the “red brushstrokes of the Nürburgring”. 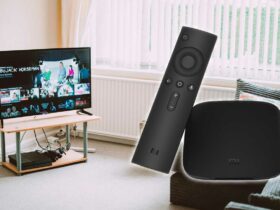 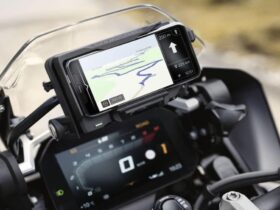 ConnectedRide Cradle, BMW makes the smartphone the navigator of the motorcycle 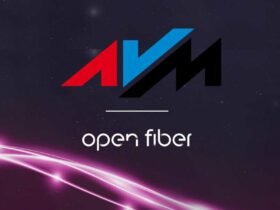 AVM and Open Fiber: together to offer ultra-fast connections 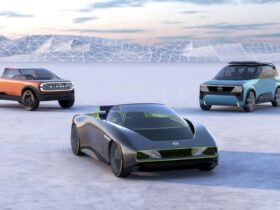