Nerf first landed on TV with its own program: Nerf The Ultimate Challenge, and the best off will air on DMAX

World leader when it comes to action sports for children and young adults, backed by over 50 years of history and successes, Nerf it is no longer just a line of toys, but has gradually become a real lifestyle. Team spirit, courage and adrenaline-pumping action are just some of the elements that always make the gaming experience unique. It is no coincidence that, present in over 120 countries, Nerf blasters top all sales and popularity charts, kids love them.

Just like in Italy, which boasts double-digit growth year after year. The times are ripe therefore, the moment long awaited by the myriad of Italian fans has finally arrived: every Sunday, from 30 May to 20 June, at 9:30 a.m. DMAX (Channel 52) Nerf The Ultimate Challenge aired, a unique game show.

Irreverent, super competitive, stimulating, inclusive and above all safe: these are the characteristics of the first television program entirely dedicated to the legendary Nerf blasters, ideal for all those boys and girls who are always active and looking for fun, super brave and ready to get involved. For true nerfists it’s like a dream has come true: Nerf finally had a program of its own to entertain and inspire new challenges and ways to play, the Italian community went into raptures. First of all in discovering that the very famous content creator with over 3 million followers CiccioGamer hosted the exciting game show who, just like a commentator, told the deeds of the 8 fearless protagonists. 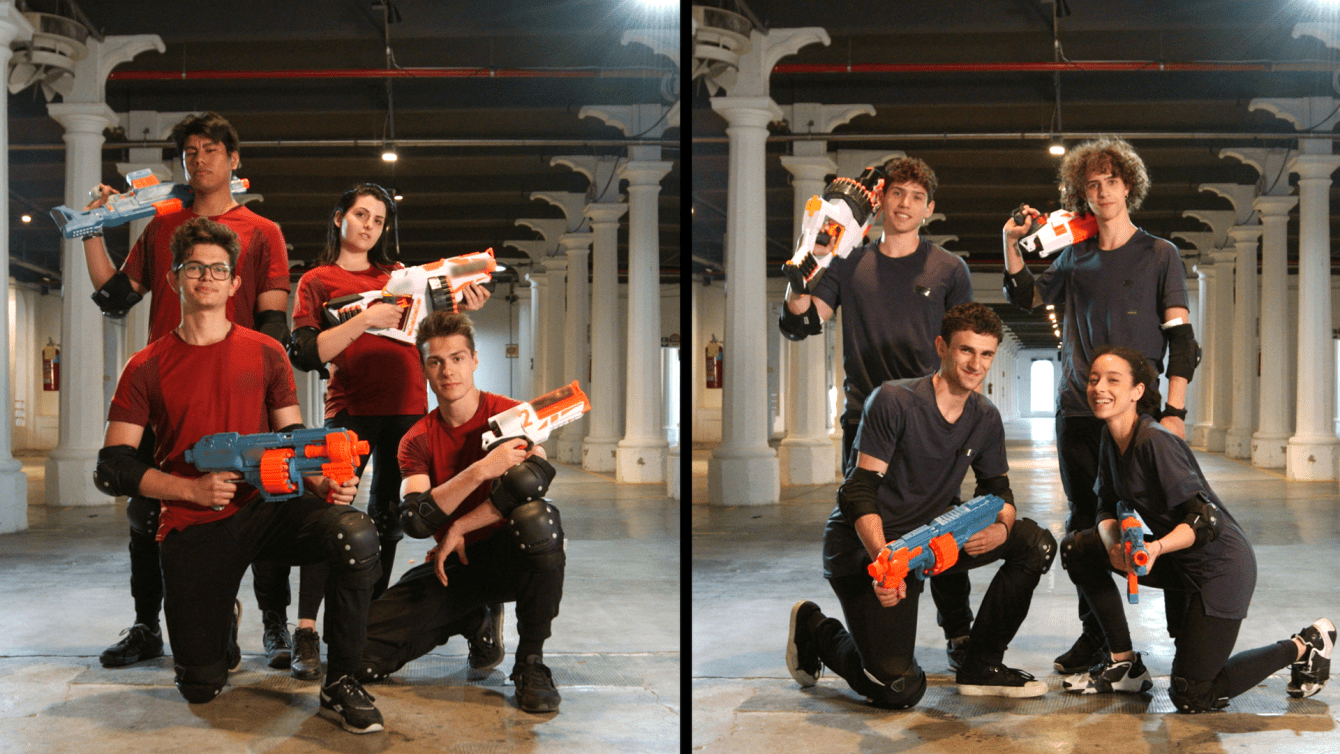 The Nerf The Ultimate Challenge, as well as an unprecedented television program, it was a truly adrenaline-pumping competition. The two teams met at the starting grid – Team Red e Team Blu – ready to face real missions, exciting ones 4 VS 4 last dart challenges. The goal of each team was to find all the keys to open a mysterious black box, but to do so they had to face different timed courses testing their agility, but also their logic skills and, above all, their Nerf blaster precision in hand. All in unusual locations full of pitfalls, with obstacles and tests of all kinds to overcome: from an uncontaminated forest to a post-industrial space, at the end of each episode the winning team of one of the keys, won the mysterious black box, thus becoming the undisputed champion of the first Nerf The Ultimate Challenge.

The Nerfs used in the show

Faithful companions of each member of each team could only be the most innovative and performing Nerf blasters, that is, those of the lines Elite 2.0 e Ultra. Give it Shockwave RD-15 with its handy rotating drum Ultra Two with its innovative darts that reach considerable distances (36 meters), fromEcho CS-10 which allows 4 customizations to the automatic and very powerful Ultra One. They were the real protagonists of the action, the only way to win the various tests, conquer the keys to open the legendary black box and thus win the title of Nerf champions The Ultimate Challenge, the first and only game show that celebrates the passion for Nerf blasters and turns it into pure entertainment to the delight of thousands upon thousands of young fans.

We remind you to continue following TechGameWorld.com, as well as subscribe to our Telegram channel, in which you will find lots of offers regarding LEGO products, Funko Pop! and much more.