The new update for New World is available today, will it be enough to bring part of the players back to the title servers?

Masses of players have already fled the ship of New World, but the first is important update of the game might be enough to bring part of them back to the servers. Launched today, the update, called “Into the Void”Includes new ones missions e bug fixes, there are also new ones weapons, PvP options, enemies and general improvements in almost all categories. Is it enough to address every issue that emerged from the launch? Probably not, but it’s a huge step in the right direction. Let’s see all the details about it in the next lines of this article.

With the’update “Into the Void” from New World a new type of weapon has arrived, “The Void Gauntlet“, Which is meant to increase magic damage by adding many useful support options. The skill tree of the Decay will favor the players who prefer to attack from a distance, while that of theAnnihilation it will cope well with damage at close range. A lot of changes have been made to the skill trees as a whole, so it’s a good idea to double check which is best for your play style before continuing. 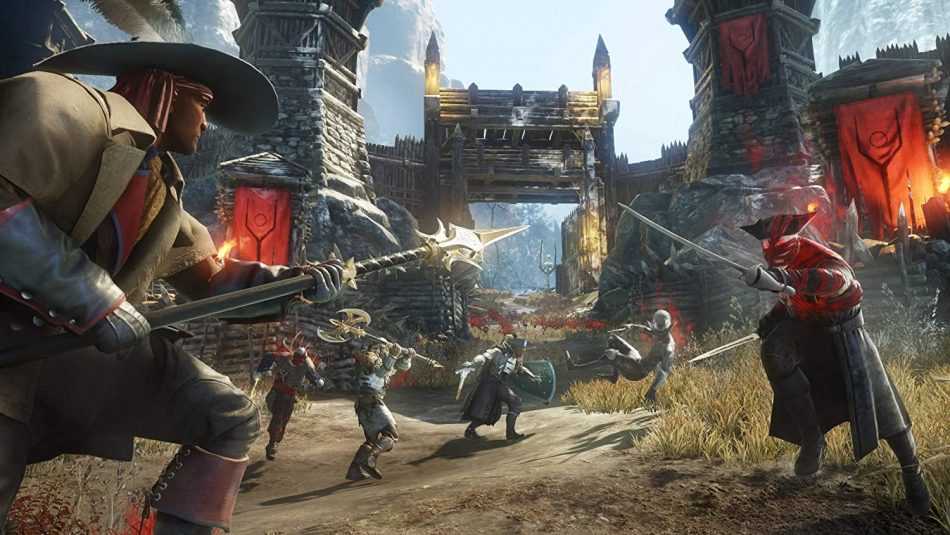 Players have complained about the lack of mounts since the launch of New World and, although this feature has not yet appeared, an increase in the 10% movement speed when traveling by road. This will happen when a player is running on a road for at least three seconds and will disappear if a weapon is drawn or if you are dragged into battle in any other way.

I Cavalieri Varangian will be the new enemies that players will be able to encounter: a group in search of magical artifacts with an incredibly cruel leader. Those who invested in PvP will now have new faction missions and the lost duration from PvP deaths has been reduced by 10%. Changes have also been made to thegame economy, with items that can only be placed on the trading post for 14 days, down from 28. The house tax will now be deducted every seven days instead of five.

New World is now available on PC. It’s unclear whether this update will be enough to lure back some of the game’s huge player base from Day One, but any fixes are welcome at this point. If you are still a beginner with this branded title Amazon we recommend that you take a look at our guides on how to level up quickly and how to play with friends.