News that fits better than Joy-Con in carts: the Nintendo Switch price cut is reality, in view of the OLED model

There is hardly any better news on Monday than a price cut for an expensive medium like gaming, but the basic model of Nintendo Switch has seen fit to brighten the wallets of those who have not yet taken one. On the other hand, players with a passion for savings are among the most patient, and today the Big N rewarded them by confirming a rumor dating back to the past few hours. And while cases like this are usually a prelude to a complete replacement of the old hardware by the new one, this may be the right time to convince the undecided.

It’s not that the decision to make a price cut for the Nintendo Switch is that surprising after all. In fact, remember that next month, together with the highly anticipated Metroid Dread, a revision of the hybrid console will also make its debut on the shelves. The latter will be equipped with one schermo OLED, and we summarized all the benefits of the new technology a couple of months ago. Until the official announcement, however, despite the plausibility, the rumor was shrouded in a layer of doubt. Not anymore: the giant of Kyoto has confirmed that theEurope it will be the first territory to enjoy a permanent discount.

Looks like the Nintendo Switch price cut is official and has rolled out in the UK today. As of this morning, consoles are now down the £259 across multiple retailers, including the My Nintendo Store. pic.twitter.com/k6YQ9U8toG

The leaker Pixelpar is just one of many tweets that reported the news first. Despite the sterling price of the post, the discount also applies to us – new buyers will be unstitched sixty euros less. Compared to the € 329.99 (330, in other words) initial, in fact, the new price includes the least expensive sum of 269,99€ (270). It just so happens that the difference is exactly the same as the average price of a game for the console. This could very well be the best time to enter the world of the Big N. And this is especially true for the eternally undecided!

Now it’s up to you to tell us yours: what do you think of this expected change of course? Let us know below, and as always don’t forget to stay on TechGameWorld.com for all the most important news for gamers and more. For your purely gaming needs, you can instead find the best discounts in digital format on Instant Gaming. 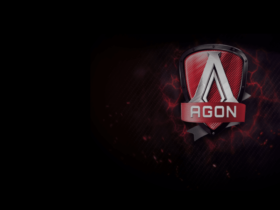 AGON by AOC: here is the new brand dedicated to all gamers 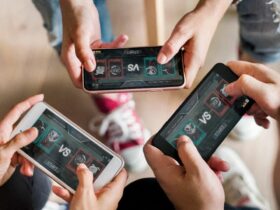 China against video games: you can only play three hours a week