iOS 15 is finally available. Apple’s new operating system has brought with it a flood of interesting things
novelty, including the ability to locate an iPhone even when it is turned off and even after deleting the data on the smartphone. Will all this serve to prevent theft or will everything remain unchanged?

Locate a turned off or formatted iPhone: the new features of iOS 15

In the last period, Apple has been trying to upgrade Where, the application that allows you to find Apple devices. All this not only to integrate AirTag, the small tracker from Cupertino, but to offer users an increasingly complete experience and a tool that can really make a difference.

With iOS 15 we take it one step further. Now the powered off devices can be located using the Dov’è network, made up of all users with iPhones and iPads.
Apple has not explained in detail how this new mechanism works but it is likely that there is a component – probably the U1 chip, Bluetooth or NFC – that continues to be powered even when the smartphone is turned off. Tracking is available even when the device is unloaded. Like? Here too we are in the field of hypotheses. It is reasonable to think that there is a small percentage of battery that is stored to allow tracking even when the smartphone is running low. It is equally sensible to assume that this feature is available for a limited number of hours, until the autonomy is completely exhausted.

This new option is enabled by default, so you won’t have to change the settings in any way to benefit from it.

What happens if they delete all the data from the smartphone? Well, you will find it on the Where Is app anyway. The function is linked to the activation lock, which has already been present on the iPhone for some time. Up to iOS 14 formatting did not remove the block but the device was deleted from the Where is app. Now, however, you can still identify it and, consequently, attempt recovery.

If you think iPhone theft will end in a matter of days, you are wrong. Surely this new feature will be a deterrent but it will take weeks – if not months – to make criminals or would-be thieves understand how complex it is to manage an iPhone with iOS 15.

That said, it is certainly an important step forward. Within a few years we have gone from not knowing what happened to our smartphone to being able to locate it even when it is turned off, unloaded and formatted. A notable plus for any kind of user.
However, we cannot imagine a world in which no one tries to steal another person’s phone. Technological innovation runs on both fronts and for every attempt to lock a smartphone there is another that aims to unlock it.
The road traced by the Apple, however, is really very interesting. We are curious to see if other companies will decide to take this path thus raising the security level of their devices. 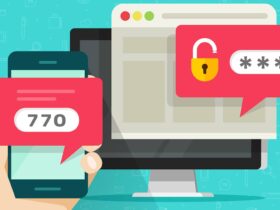 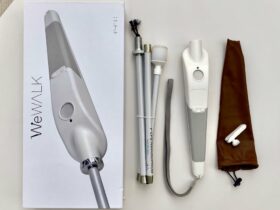 WeWALK Smart Cane: the review of the cane for the visually impaired