Recently the date of Volume 3 of Shin Megami Tensei V News, a program dedicated to the monthly information on the game coming out for Nintendo Switch, was announced on the official Twitter account, after Atlus has already introduced with various videos and images in Volume 1 and in Volume 2 the main characters, combat mechanics, skill functions and statistics.

Summary by Shin Megami Tensei V News, ahead of the date of Volume 3

Before going to talk about Volume 3, let’s recap every news given within the news program on Shin Megami Tensei V:

Volume 3 of Shin Megami Tensei V News has been set for tomorrow 27 September, and another Volume has been programmed in a given output window for October. The themes that will be touched are not yet known, but keep following us on TechGameWorld.com to stay updated, and check the Instant Gaming store for games at advantageous prices.

Nvidia GeForce Now: among the new games there are also big EA titles 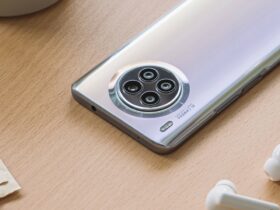