The free games of the PlayStation Plus are increasingly becoming the secret of pulcinella: a leak seems to have revealed those arriving in October

And we find ourselves here, again, for the umpteenth consecutive month to reveal to you well in advance what will be (most likely) the free titles of the PlayStation Plus of October. There are only a few days left until the end of September, so we recommend that subscribers who have not yet redeemed the free games of the month do so. So let’s get ready to say goodbye to Hitman 2, Predator Hunting Grounds and Overcooked! All you can eat and to welcome three new titles, including two for PlayStation 4 and one exclusive to PlayStation 5. In the past few hours, a leak from Dealabs, a well-known French site that had already leaked the September titles, has leaked online, which reveals exactly all three.

If the leak is correct, we can get our hands on in October Hell Let Loose (PlayStation 5), Mortal Kombat X e PGA Tour 2K21. Hell Let Loose is an FPS originally released in 2019 in early access and that starts at the full release on next-gen consoles (therefore also on Xbox Series X | S). Some rumors about its presence among the free October titles of the plus had already emerged in recent weeks, due to some discrepancies between the title page on the Sony and Microsoft stores. We leave you a trailer to understand what it is just below.

The PlayStation Plus of October protagonist of the umpteenth leak: let’s see together the expected titles!

Mortal Kombat X does not need much introduction as it is, to all intents and purposes, one of the best fighting games ever conceived in the history of gaming. The same goes for PGA Tour 2K21, a classic for sports lovers, which remains the greatest exponent of Golf games currently on the market. Let’s admit that the variety of titles in the October plus is quite remarkable: a sportsman, a FPS and a fighting game. If only all months were like this!

We remind you as always to take these leaks with due pliers, but if it goes like the last few months these are the free games of the PlayStation Plus of October coming soon. What do you think about it? Write it to us below in the comments, we will continue to keep you updated with all the news, guides and reviews on videogame and tech! And if you are interested in game keys at advantageous prices, we recommend that you take a look at the InstantGaming catalog! 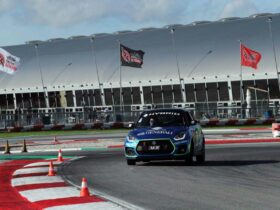