Nvidia has announced the arrival on the market of the GeForce RTX 3080 variant with 12 GB: with an increase in video memory by 2 GB, from 10 to 12. A move in some ways unexpected because it did not arrive in the days of the CES in Las Vegas, when instead products such as the RTX 3090, the RTX 3080 Ti for laptops and the 3050 desktop were presented.

But it doesn’t stop there: why the video memory expansion it is not the only peculiarity that distinguishes the new RTX 3080 from the original product.

In addition to this, here is also the growing of RT core, which go from 68 to 70. The TDP is also “increasing”, going from 320 W of the previous model to 350 W of the current one, although Nvidia suggests a 750W power supply for both products.

The 12 GB RTX 3080 will therefore work identically only on the base frequencies (1,440 MHz) and boost frequencies (1,710 MHz), although at the moment there is still a mystery: that linked to the price, which will be decided by Nvidia’s partners. and the company’s Board of Directors over the next few weeks. 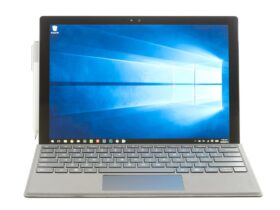 Microsoft devices will be easier to repair in the future