ONE PIECE FILM: RED is coming to all European cinemas after breaking the box office in Japan

The emotion of the fans grows more and more: One Piece Film: Red literally drove the whole thing crazy Japan with a record collection. An extraordinary success for the pirate film, which grossed the most in the first weekend for a total of 2,254,237,030 yen in total (approximately € 16,530,320) at the box office. In just two days, the film was seen by 1,579,552 spectators.

One Piece Film: Red, the arrival in Italy expected in autumn

Released in Japanese cinemas last 6 agosto, One Piece Film: Red he has already broken many records, repaying the weight on the shoulders of a great hype: after being announced on November 21, 2021, fans were curious to know more about one of the most mysterious characters in the franchise, namely Shanks the Red.

Now there is the release date in Italy for the new film based on the manga of Eiichiro Oda, starting from autumn 2022. Unfortunately there is still no precise date, but our home fans can breathe a sigh of relief, given that some rumors took it for granted that it would only be released in the new year.

His arrival in Italy for the autumn will be the right occasion to bring prestige to the history of the brand together with the fans with a series of events: in fact la TOEI Animation Europe, together with Anime Factory, will organize a Lucca Comics & Games 2022 the biggest event ever seen in the Bel Paese dedicated to One Piece.

One Piece Film: Red, the synopsis of the blockbuster film

Waiting to see it live in our rooms in the fall, let’s discover together the synopsis of the film:

Uta, the most beloved singer in the world, whose voice has been defined as “otherworldly”, is also famous for hiding her identity. For the first time ever, Uta has decided to reveal her face to the world during a live concert. The place is filled with Uta fans of all kinds: frenzied pirates, the Navy and the Straw Hat Pirates led by Luffy, all determined to enjoy this singing performance. As her voice rings powerful in every corner, viewers and fans are amazed to discover that she is indeed Shanks’ daughter.

The words of Ryuji Kochi, president of Toei Animation Europe

The One Piece series is the adaptation of the manga of the same name created by Eiichiro Oda in 1997. Since then, the franchise has become a worldwide hit, with orOver 500 million copies sold worldwide. For over 10 years, the manga of One Piece was among the best sellers in the world and the animated series, active since 1999, has over 1,000 episodes. Ryuji Kochipresident of Toei Animation Europe explained:

Last weekend saw the official release of One Piece Film: Red in Japan. At the same time, the film was presented in France with a dedicated screening at Le Grand Rex before its national release on 10 August. Many more screenings and activities are planned across Europe in the coming months, including in-store events, concerts, cinema screenings and more. Don’t miss out on all the updates if you want to know right away if there will be events near you. It is the best opportunity to celebrate the biggest brand in the entertainment world. 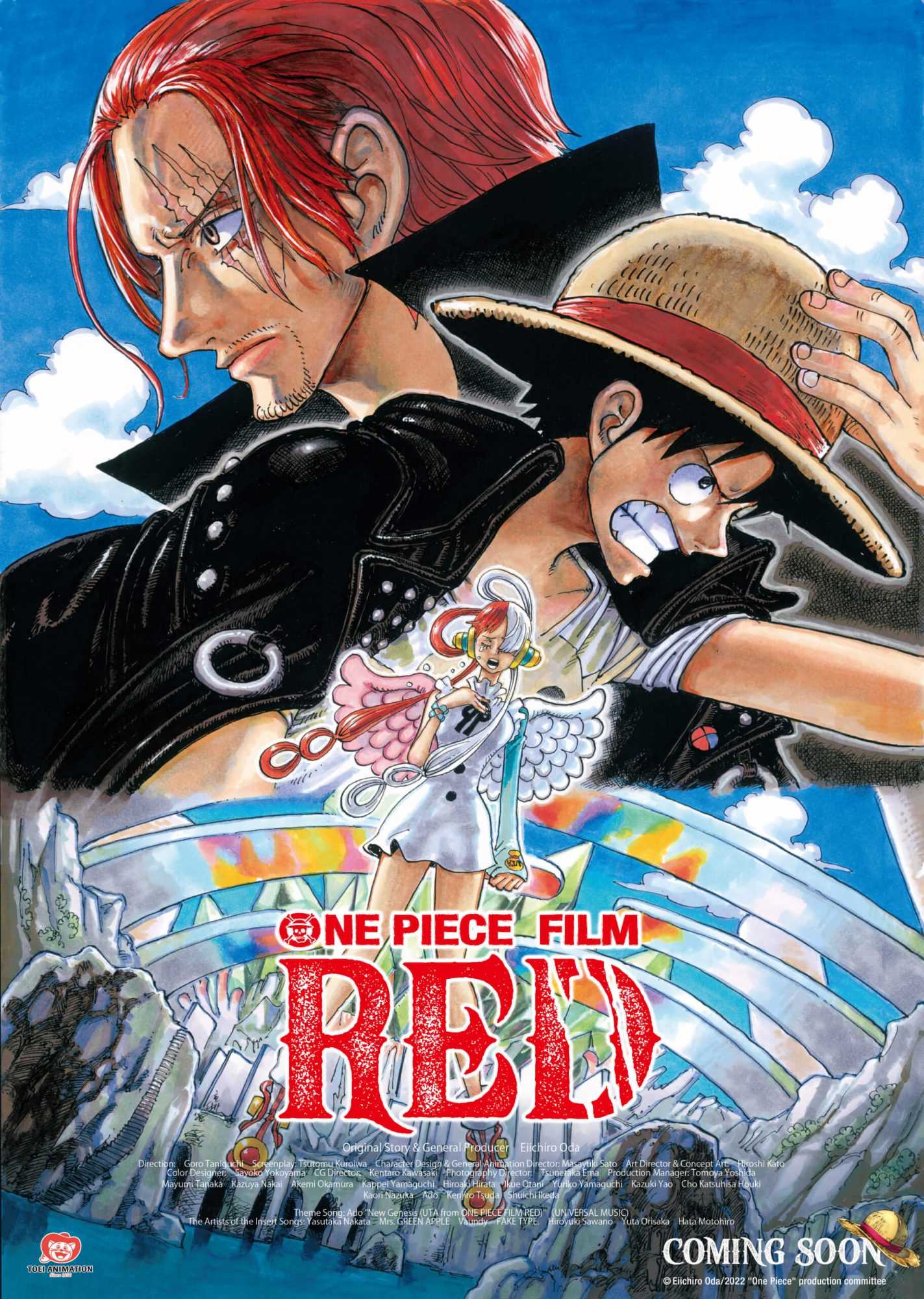 Record One Piece: a worldwide phenomenon

In July of this year, One Piece celebrated the 25th anniversary of its first appearance as a manga on Shonen Jump in 1997. Eiichiro Oda’s work has achieved the world record of copies sold worldwide, over 500 million, of which 416 million in Japan alone, in addition to over 100 million in the rest of the world. In 2015 he entered the Guinness Book of World Records for the highest number of copies sold of a comic made by a single author, with over 320 million copies. With episodes broadcast in 80 countries, 13 feature films and the Guinness World Record, One Piece is confirmed in the cultural landscape of an entire generation by breaking records.

Stay up to date with all the news on movies and TV series, on TechGameWorld.com!