From camera to chipset: what we know about the Oppo Find X5 Pro

Officially, little or nothing is known about the expected Find X5, home smartphone Oppo currently in progress. However, various information leaks online that give us valuable clues about the new device. First of all, but we already knew this, GizChina reports that in addition to the standard edition, a Pro version will be released smartphone. No release dates have been confirmed, but rumors state that the launch could take place around March.

After the first images of the Oppo Find X5 Pro were leaked last month, today also important technical details arrive, thanks to the leaker Abhishek Yadav (via a post on Weibo, later removed by DCS, and a subsequent tweet).

Thanks to the post we know that Oppo Find X5 Pro will be equipped with a 6.7 display Inches with LTPO 2.0 technology, 2K + resolution (1,440 × 3,216 pixels), with a 120 Hz refresh rate. Additionally, the tweet suggests that the smartphone will be powered by a SoC Qualcomm Snapdragon 8 Gen 1. This last information seems to confirm what we already reported to you at the beginning of January.

The photographic sector will consist of three rear cameras, including two Sony IMX766 cameras from 50 MP with OIS (Optical Image Stabilizer) and a Samsung ISOCELL S5K3M5 camera from 13 MP. The front camera will instead be a Sony IMX709 from 32 MP.

Always according to the leaked information we know that the smartphone will be equipped with 5,000 mAh battery which supports the 50W wireless charging e la r80W wired charging. As far as we know the operating system will be Android 12. As mentioned it is rumored that the release will take place in March, if this is true we can expect other important information in the coming days.

What online casinos can teach you about UX 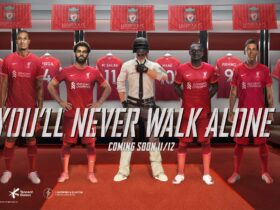