OPPO has announced the arrival of the new RAM Expansion function for some of its smartphones. This new function allows you to temporarily convert part of the smartphone’s internal memory into virtual RAM, ensuring an improvement in the performance of the device in various contexts of use. The new feature will be available, via update software, on different OPPO models.

OPPO announced the arrival of the RAM Expansion function. This function allows you to convert the internal memory of the smartphone into virtual RAM memory. For users, there are three different levels of adjustment for the RAM expansion volume. The RAM Expansion feature points to improve performance of the device and theoptimization of data processing.

Note that this function reduces the frame drop rate, guaranteeing the seamless switching between apps. The RAM Expansion function will be available after updating your OPPO smartphone. This feature will be found under About phone within the Settings app. 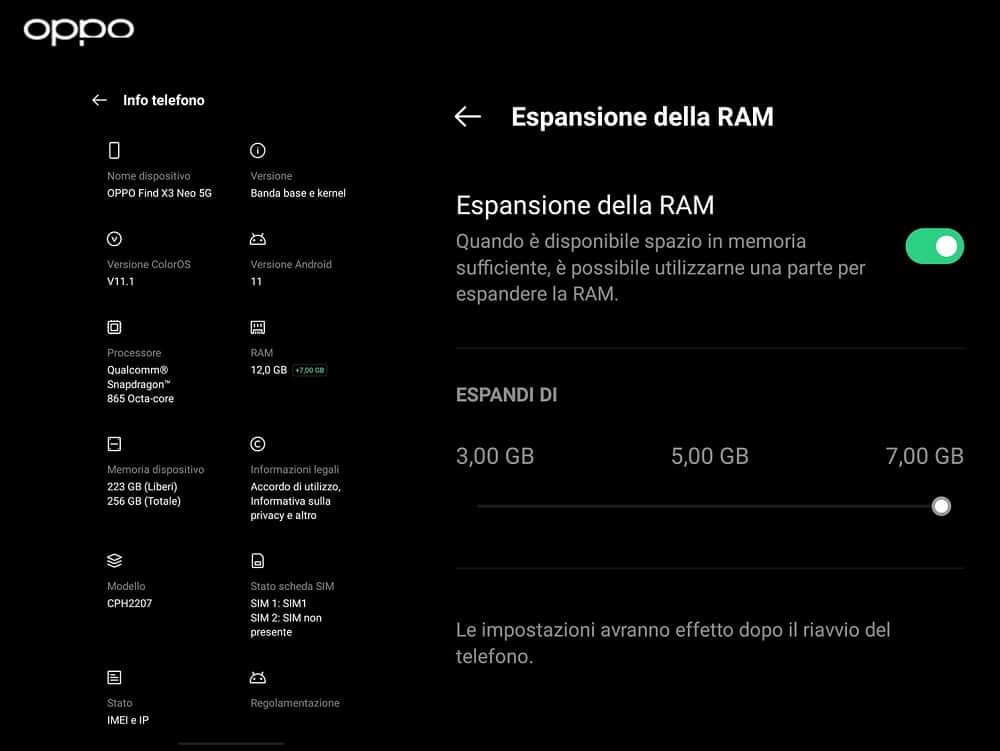 Technology RAM Expansion will be available on several of the company’s smartphones. Here is the full list:

In order to start using this function it will be necessary to wait for the arrival of the new firmware update. Once the update has been received and the update has been carried out, the RAM Expansion function will be available to users in the settings of their terminal. Once active, the user will be able to benefit from the advantages related to this technology.