Panasonic announces the new LUMIX GH6, the first hybrid camera in the LUMIX GH series, the GH1, suitable for both stills and filming.

Professionals and photography enthusiasts were waiting for it and finally it arrived, the LUMIX GH6, mirrorless that winks at videomakers with an internal video recording at 5.7K 30p with Pro Res 422 HQ and Pro Res 422 resolution: an absolute novelty for the LUMIX series, which allows non-linear editing without transcoding.

Other innovations available include 4K 120p and 4: 2: 0 10-bit resolution (equivalent to 5 times slow motion * 1) and FHD 240p HFR (High Frame Rate) and 4: 2: 2 a video recording. 10-bit for creative features such as video speeding, plus Variable Frame Rate (VFR) with up to 300fps (equivalent to 12.51 slowdown) for dynamic subject movement. Overheating can be a fatal problem for continuous video recording when resolution and frame rate increase, but the LUMIX GH6 allows for unlimited recording time2 in all modes by optimizing the heat dissipation path with a fan mechanism for forced cooling. LUMIX GH6: all the features of the video and photographic setup

To make handheld shooting easier, the LUMIX GH6 camera is equipped with a new Body IS3 and Dual IS24 stabilizer with high precision 5-axis gyroscopic sensor and new algorithm that allows to obtain a compensation of 7.5 stops. The Dual IS 2 5-Axis Stabilizer works seamlessly to record natural and smooth video. Apply adequate compensation by precisely evaluating every movement, such as panning, tilting, or hand movements. The BIS stabilizer compensates for body movement even when using interchangeable lenses without an optical stabilizer (OIS), such as a fully mechanical cinema lens.

With this powerful stabilization it is also possible to shoot high resolution images without a tripod thanks to the dedicated High Resolution mode. By shooting and automatically synthesizing eight consecutive images, the GH6 creates an image equivalent to 100 megapixels (11552 x 8672 pixels), capturing the most subtle details, to create beautiful and extremely realistic images in not only RAW, but also JPEG format. With its lightweight, compact design and powerful BIS stabilizer, LUMIX GH6 achieves results previously thought impossible, such as handheld ultra-telephoto shooting.

Incredible Dynamic Range The LUMIX GH6 camera offers 12+ stops dynamic range for pre-installed V-Log recording, expandable to 13+ stops in Dynamic Range Boost5 mode. This function allows you to synthesize a high saturation image generated by the low ISO circuit and a low noise image generated with a high ISO circuit at each pixel. The result is composite images with low noise and high saturation that create clear and smooth HDR6 video with rich gradation.

The LUMIX GH6 is the first in the LUMIX G series of Micro Four Thirds cameras to feature full VLog / V-Gamut, to provide high dynamic range with a wide color gamut. V-Log returns a very flat image while retaining color information within the image, which allows for greater flexibility in the editing and post-production process. The GH6 camera’s Live MOS sensor, on the other hand, allows for a wider color space, known as V-Gamut.

This is the optimal color space of the GH6 camera, wider than the BT.2020.

LUMIX GH6 offers significantly superior audio recording at 4 channels, 48kHz or 96kHz at 24-bit possible by connecting an XLR microphone adapter. This gives you more flexibility when shooting outdoors, for example, with many audio sources or for recording backup audio. 2-channel, 48kHz 24-bit recording is also supported with the built-in microphone, while 2-channel, 96kHz 24-bit high resolution7 recording with an external microphone. The channels to be monitored via the headphones are interchangeable, even during video recording, and the audio menus are directly accessible via the smart function button on the top of the camera which allows you to easily control audio levels.

The camera body and its functionality

Intuitive Operation The LUMIX GH6 features a 3 ”swiveling touchscreen monitor with an aspect ratio of 3: 2 and 1,840,000 pixel resolution. The swiveling screen allows for greater flexibility and offers convenient rotation even with HDMI and USB cables connected to the camera. To support highly precise focusing, the LUMIX GH6 provides convenient manual focus options. While the focus point undergoes a shift of a variable amount based on the rotation speed of the ring for the non-linear setting, for the linear setting it undergoes a shift of a specific amount based on the rotational quantum of the ring.

As for portability, the machine is robust enough to withstand demanding use conditions, thanks to the frame with front and rear die-cast magnesium alloy panels, and is also resistant to splashes9, dust and cold down to -10 ° C. The shutter is designed to last for approximately 200,000 cycles. The Rec button is located on both the front and front of the camera, making it easy to start and stop recording even in low-angle or shoulder-supported shooting.

LUMIX GH6: lenses available and price on the market

Wide range of lenses available Panasonic’s LUMIX G series boasts a range of over 30 Micro Four Thirds lenses to choose from based on the situation. The latest LEICA DG VARIO-SUMMILUX 10-25mm F1.7 ASPH (X-H1025) and LEICA DG VARIO-SUMMILUX 25-50mm F1.7 ASPH (H-X2550) lenses offer a large F1.7 aperture across the range and are a favorite of professional videographers, along with other F1.2, F1.7 or F2.8 single focal length lenses. In addition, the LUMIX GH6 stores the name and focal length of analog lenses, such as anamorphic or older lenses, to automatically apply the appropriate settings of the camera’s internal Image Stabilizer when they are in use. Panasonic has revised and updated the firmware of its lenses to optimize their use with the GH6. 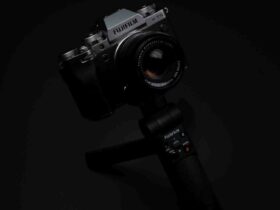 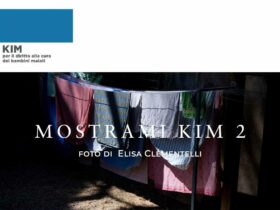 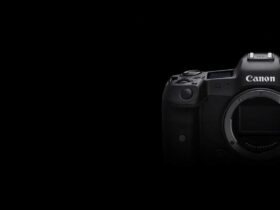