Google presented without fanfare the new Pixel 5a, a smartphone with solid features and an attractive price. But compared to the Pixel 4a 5G innovate little (despite 11 months have passed). And especially, it only arrives in Japan and the United States, skipping the entire European continent. And it’s a shame, because on paper it seems to be among the best mid-range smartphones.

Google Pixel 5a: solid but not revolutionary features

The new smartphone announced by Google has some really interesting features, even if in many cases they are at least a year old. In fact, like the Pixel 4a 5G that came out last year, it has a processor Qualcomm Snapdragon 765G, which allows excellent performance and access to the speed of 5G. We didn’t expect Google to debut its new one chip Tensor su Pixel 5a: it makes sense that you wait for the Pixel 6 to launch the new technology.

But the data sheet of the new smartphone closely resembles that of Pixel 4a 5G (not available in Italy but can be purchased in other European countries). Indeed we find 6GB of RAM and 128GB of internal memory, with excellent connectivity thanks to support e.g also for the 5G, the Wi-Fi 5, the Bluetooth 5.0 and theNFC.

The cameras are also excellent. The main one is from 12.2MP f / 1.7, the wide angle from 16MP and f / 2.2. The front camera is from 8MP. But we know the difference is google camera software, which ensures excellent performance even with this mid-range technical department.

The battery increases slightly, reaching 4.680 mAh. Fast charging, via cable only, comes in at 18W. Slightly larger the display (thanks to a better screen-to-surface ratio), which measures 6.34 inches and is a 2400 × 1080 OLED with brightness up to 700 nits. The new metallic coating also allows to raise the impermeability to the standard IP67.

Price and availability of the Google Pixel 5a

Another novelty is the color. Last year, Pixel 4a 5G was “Just Black”, this year the shades of the metallic coating become “Mostly Black“, With interesting plays of color. But that we will hardly be able to see in our hands. Indeed the device it will only arrive in Japan and the United States on August 26.

At a really attractive price: 449 dollars. Fifty less than the Pixel 4a 5G (but still more than the base Pixel 4). In this range it competes with some of the most interesting products on the market: iPhone SE, Samsung Galaxy A, OnePlus Nord. All products that the Pixel can face head on, thanks above all to the work that Google engineers have done on the camera: those who want to save money but take amazing photos, know where to invest their money. Although Italian users will also have to take into account a transoceanic voyage. 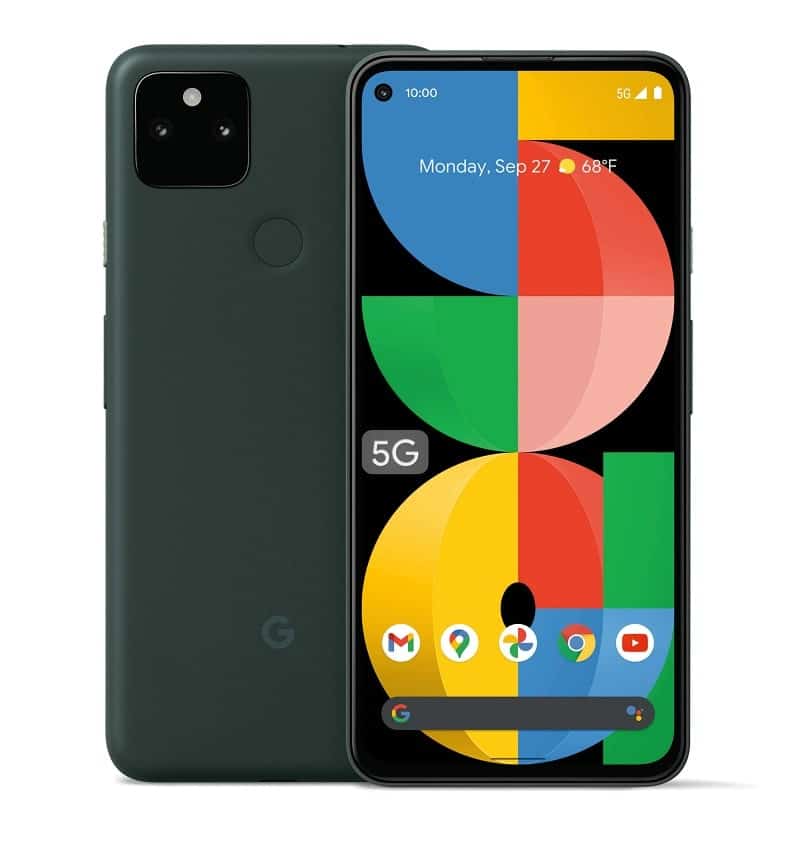 The Pixel “a” line has made a lot of talk about itself, at least among technology enthusiasts. The Pixel 3a series has in many ways changed the landscape of the smartphone world. A device with good but not stellar technical characteristics: one camera, mid-range processor. But thanks to Google’s excellent software, he was able to take top-of-the-range photographs and churn out excellent performance with a price under 400 euros. Pixel 4a has had the same success, despite many other manufacturers (including Samsung and Apple with the SE series) have tried to occupy that same market niche. An indirect confirmation that Google had had the right insight into getting into this mid-range.

So many users were left stupid when the Pixel 4a 5G has not landed in Italy. And they are even more so now that Pixel 5a skips the whole of Europe. Especially since the US and Japan are usually difficult markets for Google. Suspicion is what the company don’t want to take away too many users from the new Pixel 6, on which it focuses a lot. If the new chip Tensor were to succeed, Google could really launch into the mobile hardware market, more than it ever has in the past.

But these are just speculations. According to Brian Rakowski, Pixel’s Vice President of Product Management, the reason for this limited launch is simple. “Covid has created some difficulties for the global supply chain, in particular the shortage of silicon. The result is that we will limit distribution to only a few channels ”.

But losing the slice of users who don’t want to spend over 500 euros for a smartphone is a shame. Also because he was there easy to recommend a Pixel in the list of “best mid-range smartphones”. But the hope is that Google will take the bitterness out of our mouth with a Pixel 6 with stellar features. We just have to wait for the next launch. Or book a ticket to Japan.