All fans of motor racing fasten your seat belt! During the Playstation Showcase conference organized by Sony, we were finally able to see many news regarding Gran Turismo 7, the new title of the driving simulation series born and raised in the Playstation house since ever

Officially announced during the Playstation 5 event in June 2020, Gran Turismo 7 he was immediately noticed for the great promises that were made and for the importance of his name in the world of car racing video games. Despite this, since we have been able to witness the original reveal, there has not been a lot of news regarding the title, which is why fans were eagerly awaiting news. Well, after a long wait, Gran Turismo 7 showed up during the conference on Playstation Showcase organized by Sony (of which you can watch the live here), with many new details that we will analyze below.

Playstation Showcase: Everything you need to know new about Gran Turismo 7

In trailer which was shown during the conference we could see various aspects of the game. In addition to the various circuits around the world, we were able to see some images on the vehicle personalization system and on the photo mode, and they both seem extremely detailed and deep. We also got to see one map with various points of interest, although we cannot say for sure what it is. In any case, it seems that Gran Turismo is coming in great shape, and we can only be happy with that.

Gran Turismo 7 will be released in March 2022 for PS4 and PS5. To stay updated on Gran Turismo 7, on the Playstation Showcase and on all the most important news concerning the videogame world, we just have to invite you to stay tuned on the TechGameWorld.com pages. If you prefer to buy game keys at very discounted prices, you can do it through Instant Gaming. 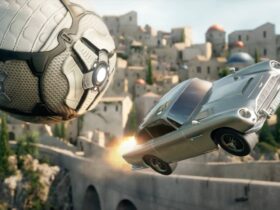