The end of the year is almost upon us, but Sony seems willing to end 2021 with a bang, as demonstrated by the November games reserved for PS Plus members

Fear is just around the corner, given the approach of Halloween, but in spite of the scariest night of the year, to make us sleep more than peaceful and serene will think about the November games reserved for PS Plus members. It will be the atmosphere of the upcoming holidays, the fact is that Sony intends to accompany us towards the end of this troubled 2021 with a very good batch of new titles, as always intended for subscribers to its service, and which are ready to replace more than worthily those who have kept us company for the whole of October now close to saying goodbye.

In spite of one PS5 increasingly at the center of gamers’ desires, and of one PS4 that seems reluctant to leave the scene, there is another hardware made in Sony which, at least for this November, seems destined to take the stage. As we already anticipated a few weeks ago, in fact, the penultimate month of the year, in addition to the canonical games directed to the two consoles just mentioned, brings a substantial batch of PSVR titles, through which the Japanese giant has in mind to celebrate the fifth birthday of the virtual reality viewer.

Oltre a Knockout City (PS5 e PS4), First Class Trouble (PS5 and PS4) and Kingdoms of Amalur: Re-Reckoning (PS4), get ready to save additional bandwidth to accommodate 3 more in your collection productions for PSVR: let’s talk about The Persistence, The Walking Dead: Saints & Sinner e Until You Fall. In short, a good way to celebrate the anniversary of the helmet, waiting for more precise news about his successor.

While not the official tie-in for the hilarious film starring Ben Stiller, Knockout City will catapult us into the frenetic and dangerous (?) world of dodgeball, thanks to a fun team multiplayer title. In a colorful city, full of dangers that can seriously endanger the lives of the players, get ready to throw yourself into exciting challenges to the last ball. 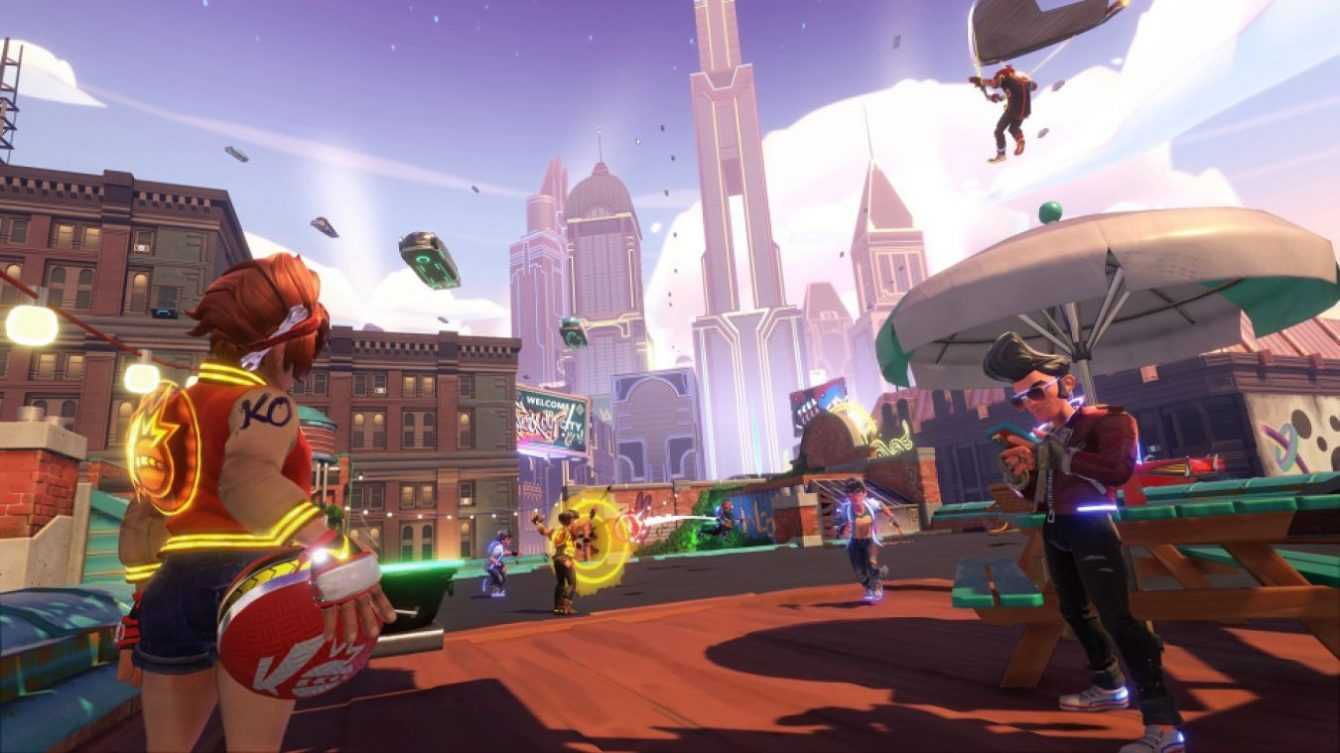 Hunt for the culprit – PS Plus November 2021: here are the free PS4 and PS5 games

Unless you’ve lived in a cave lately, it’s really impossible not to have heard of at least once Among Us. The title signed Innersloth, in fact, is one of the most popular recent videogame successes, to the point of having given life to a series of more or less successful clones. Among the most interesting exponents of the genre, albeit with a three-dimensional setting, we find precisely First Class Trouble, which will make the collaboration between the players the key element that will allow, from game to game, to discover the imposter. 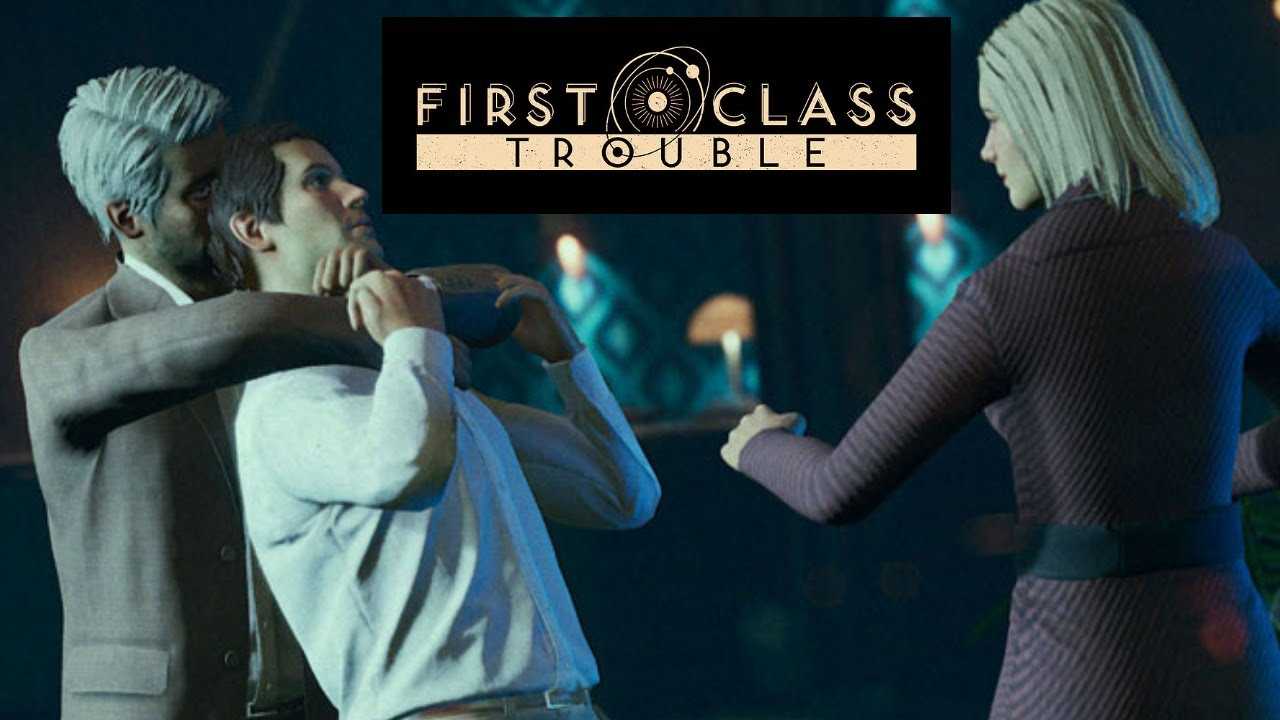 Sometimes they come back – PS Plus November 2021: here are the free PS4 and PS5 games

There is no generation without porting or remake, and even the current (and last) are certainly no exception. And anyway, when such operations have the name of Kingdom of Amalur Re-Reckoning, all in all we really can’t complain. Strong of the work of the designer of Morrowind ed Oblivion, 38 Studios’ highly successful RPG returns today, in better shape than ever, to once again transport players inside Faelands in Amalur. 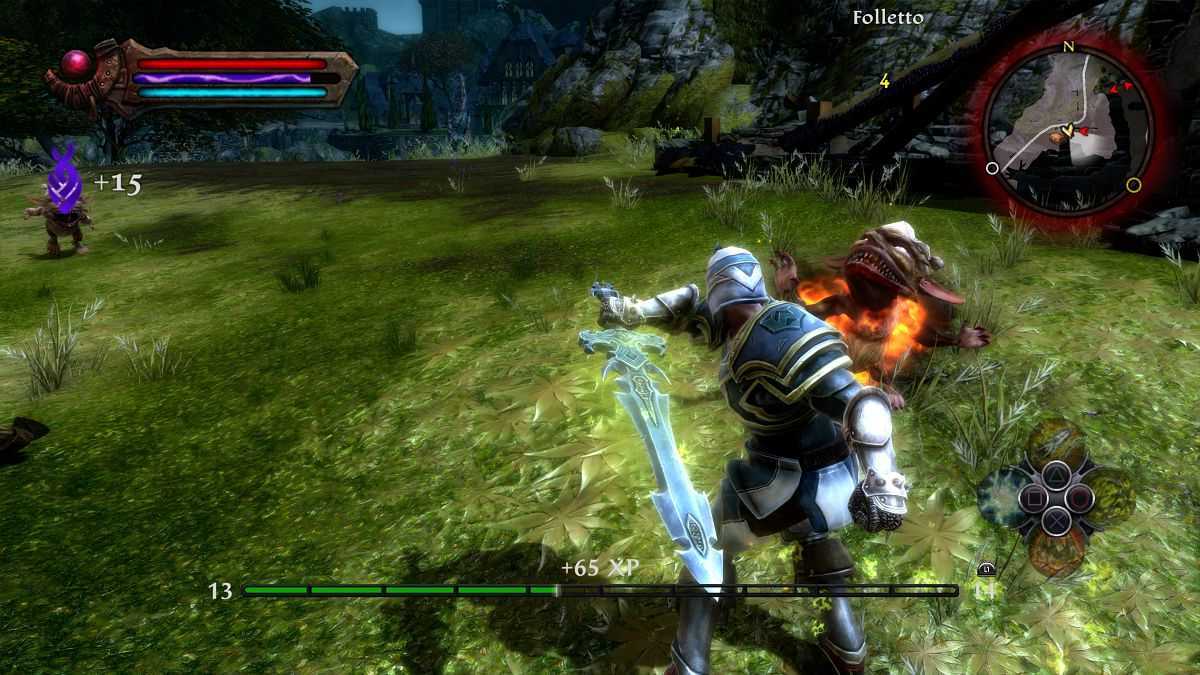 It is said that no one in space can hear you scream, but if you wear a PSVR it is very likely that this old classic can be safely denied. Yes, because in the world of The Persistence horror and fear lurk around every corner, and are made even more palpable thanks to the virtual reality viewer. Are you ready to embark on a desperate attempt to escape, death after death, from the spaceship that gives the game its name? 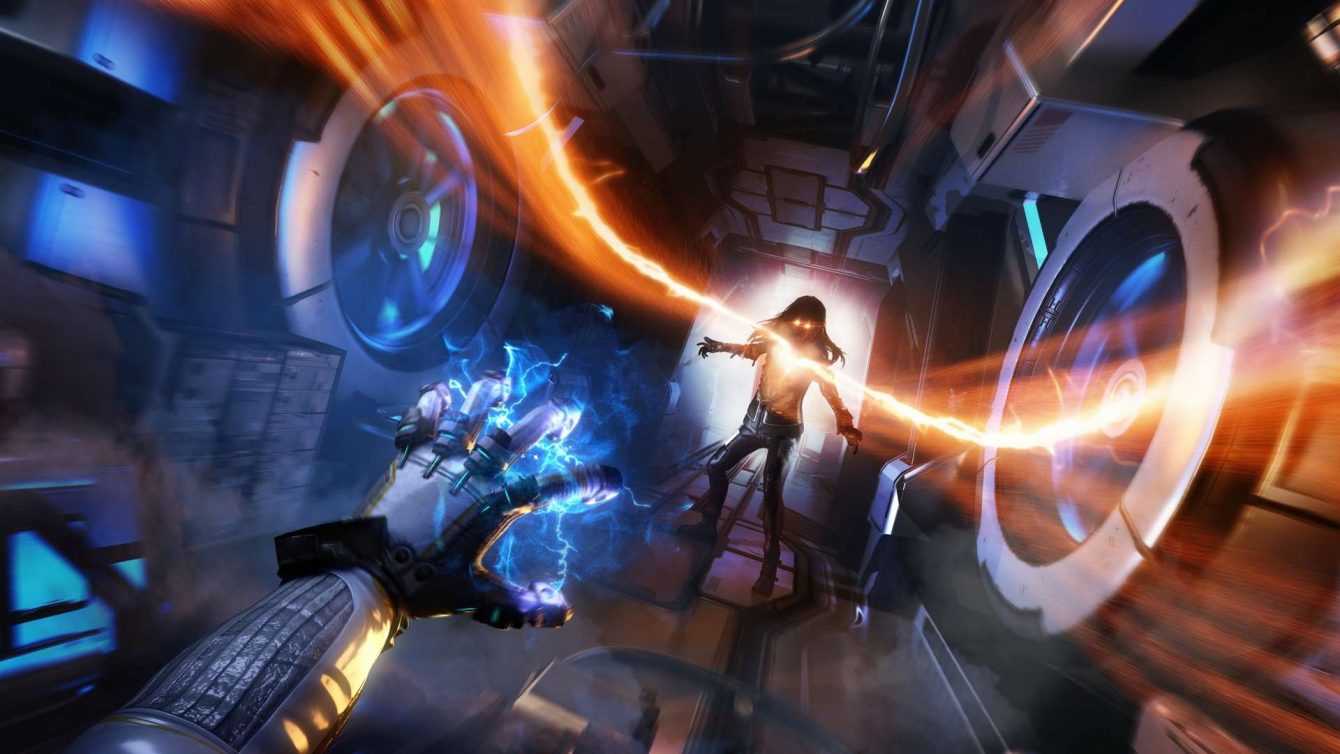 Crossmediality is a term that perfectly matches the world of The Walking Dead, a journey that started with the comic of the same name, which has spread like wildfire, contaminating the world of TV and video games. And it belongs to this last category The Walking Dead: Saints & Sinner, videogame variation created by virtual reality experts who respond to the name of Survios. To emerge victorious from this lethal challenge, in addition to your courage, you will only need one PSVR. 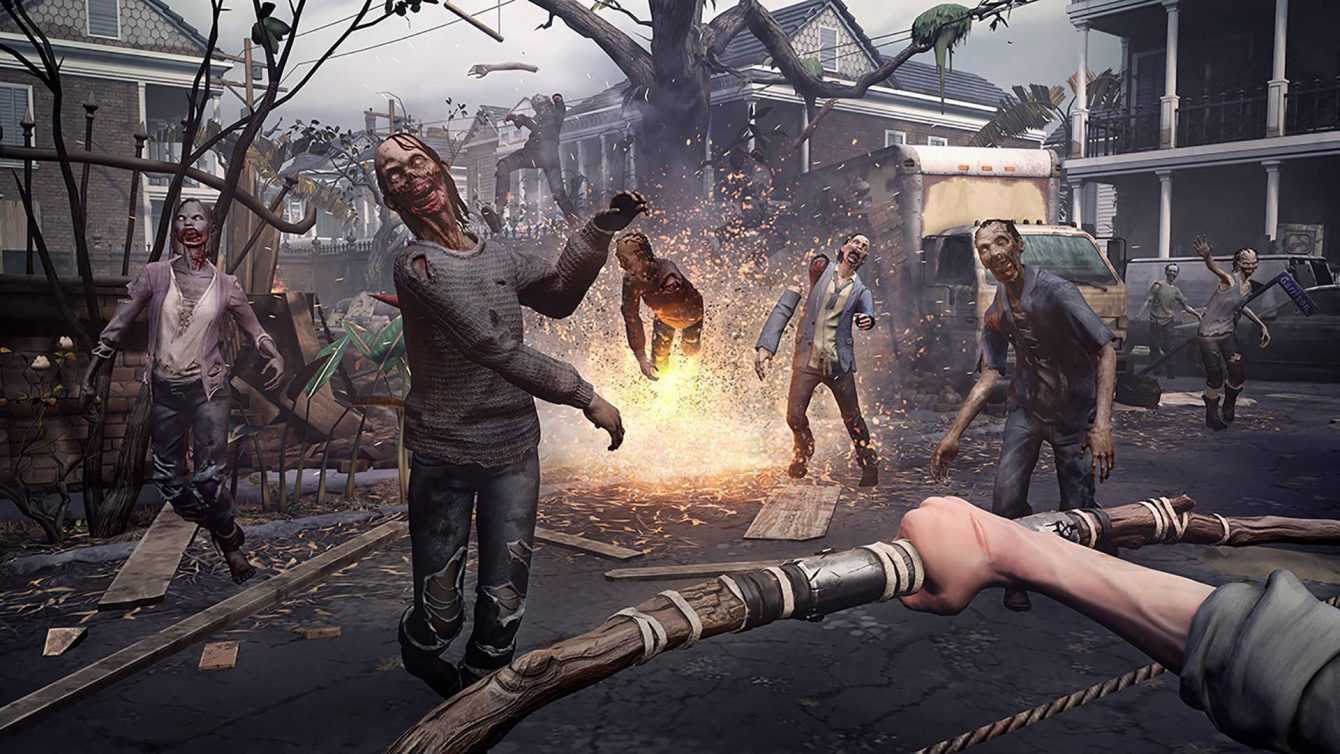 Lethal Blades – PS Plus November 2021: here are the free PS4 and PS5 games

To close the package of exclusive proposals to celebrate the fifth birthday of PSVR, we find Until You Fall, a frenetic concentration of fights in roguelite sauce, which will transport us to a colorful world based on fantasy and neon lights. As the last remaining knights of this universe now prey to lethal creatures, it will be our task to forge the most devastating weapons, which we will need to restore the now lost order. 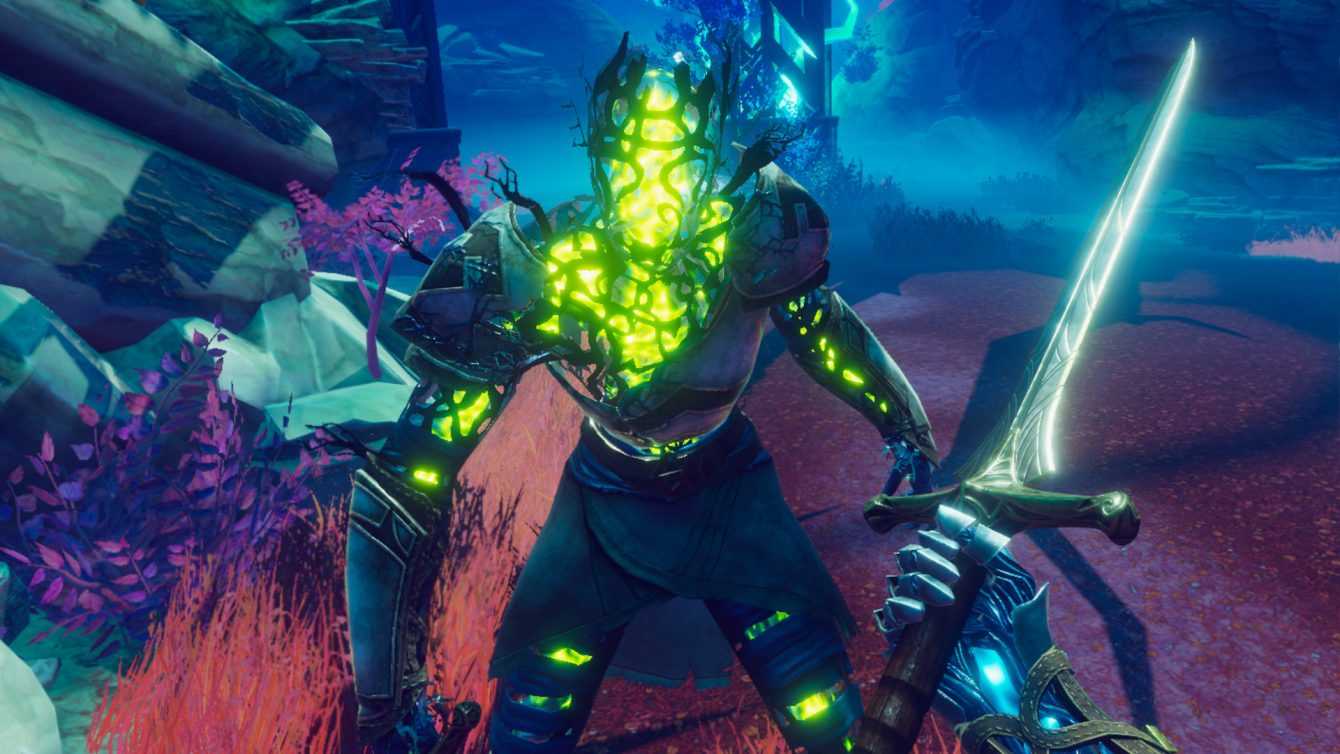 Greeting the year is less sad and painful than it might seem, also thanks to the double offer that Sony has prepared for this November. Whether you have a simple console or a PlayStation VR, the sextet of productions that awaits us in a few days is certainly able to satisfy the most disparate expectations.

And you, what do you think of this proposal? Let us know your impressions via the comments section, here on TechGameWorld.com, perhaps after having also taken a look at the offers on Instant Gaming.