A few days after the launch, let’s discover together the accessibility options that Insomniac Games has designed for its Ratchet & Clank: Rift Apart

Insomniac Games has always been very careful when it comes to making titles that are approachable by as many users as possible, with an eye for what concerns inclusiveness. Whether it is people with disabilities related to sight, hearing, the cognitive sphere, or the motor / dexterity combination, the team has always strived to implement features capable of making their games accessible to anyone.

A work started in 2018, with the publication of Marvel’s Spider-Man, which saw the introduction of high-contrast subtitles options for using buttons instead of quick presses and the ability to bypass QTE sequences and puzzles. A work that will expand shortly thanks to the latest addition to the studio, Ratchet & Clank: Rift Apart.

Starting from the work done Marvel’s Spider-Man: Miles Morales, also Ratchet & Clank: Rift Apart wants to re-propose and improve some of the devices in terms of accessibility that have increasingly distinguished the works signed by Insomniac Games. Below we indicate what will be the main features of the next one PS5 exclusive.

Contrast options: a device designed to facilitate the reading of key information present in the game world as much as possible, all to facilitate its use by blind or visually impaired players. Through the menu it will be possible to set one High contrast background, or various types of Shaders, which can be used both independently and in combination.

Using the high contrast background we can desaturate the background, to bring out more enemies, objects and other key elements, as well as the hero, allies and enemies. Each of these elements will be linked to a particular and unique type of Shader, so as to facilitate the recognition of the element in question. 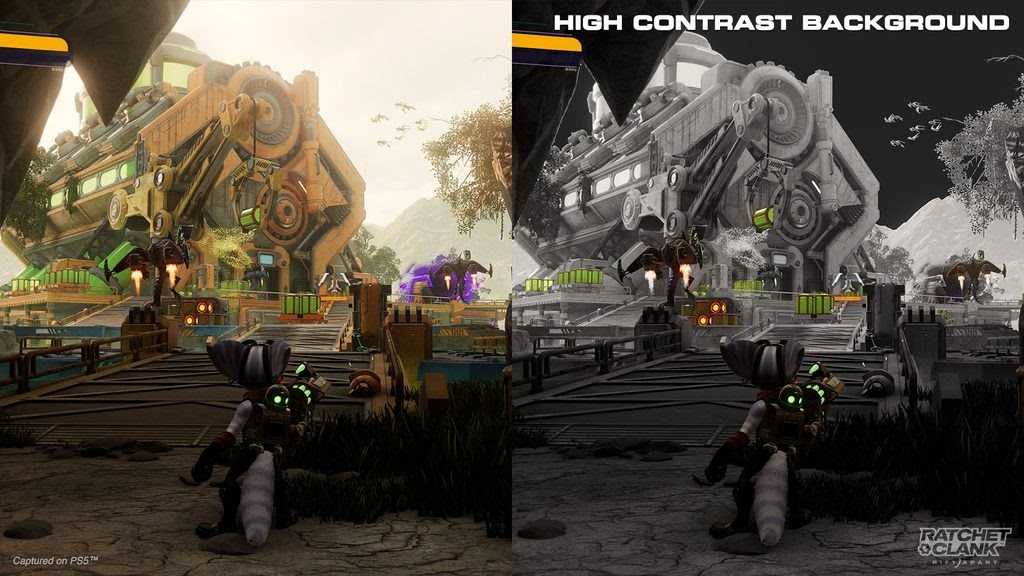 Shortcuts and Game Speed: The buttons of the D-pad of DualSense are automatically set to Quick Weapons Selection, to allow quick access to the game arsenal, but nothing prevents you from remap everything to have the options we prefer at your fingertips. Nothing will prevent us from setting the controls to manage the activation and deactivation of features related to contrast, the use of your weapon or the execution of a crash attack from above.

We may also reduce game speed 70%, 50% or 30%, so as to meet all those who have cognitive and motor problems. This functionality can also be assigned to hotkeys. 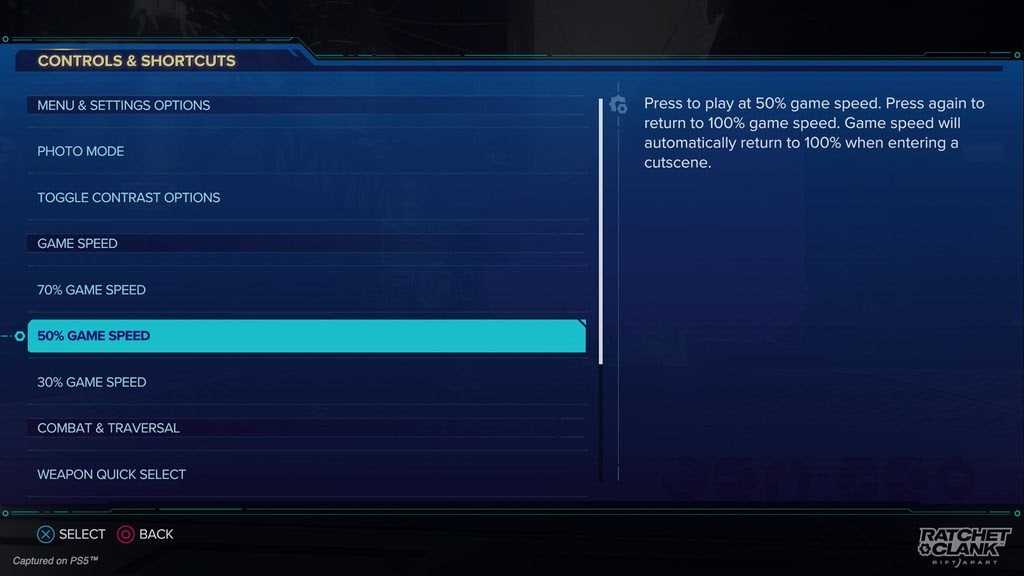 Accessibility for weapons: To avoid straining your hands, Insomniac Games has seen fit to include a dedicated submenu for weapons, one of the focal points of the next Ratchet & Clank: Rift Apart.

Weapons with a low ammo count or low rate of fire, such as the Splinter Bomb, they will always fire single shot so that players can choose when and how to use them. In addition to the various options for the fire mode, the features will also be present Hold down e Toggle for aiming, simplified access to the weapon wheel and reduced swing. 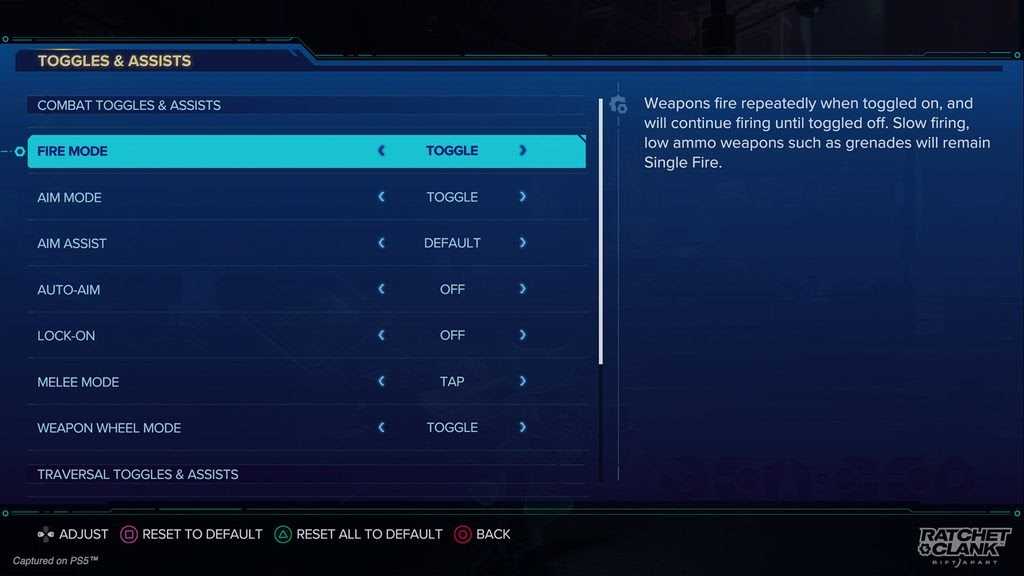 What do you think of the work done by Insomniac Games in terms of accessibility? Let us know yours here, in the comments section, on TechGameWorld.com, maybe after taking a look at the discounts on the Instant Gamning pages.