Reservation Dogs is a 2021 comedy television series created by Taika Waititi and Stelin Harjo. In Italy it will be released on October 13 on Disney + in the Star Original section

The series was announced by Taika Waititi (Jojo Rabbit) in 2019 via Twitter. The author co-wrote the comedy with Native American director Sterlin Harjo, both of whom are executive producers and directors.

The main actors are D’Pharaoh Woon -A-Tai, Deverey Jacobs, Paulina Alexis and Lane Factor. This new programming was made available in preview from 9 August 2021 on Fx and Hulu. The comedy follows four young Native Americans committing petty crimes in rural Oklahoma in order to raise the money needed to reach modern, distant California.

Teenagers will have to clash with rival gangs, improve their social status and emancipate themselves from the limits of the reserve in which they live. Yet in all this anxiety to escape, the protagonists also intend to keep their original traditions alive. The language adopted by young people adapts to both comic and dramatic situations. 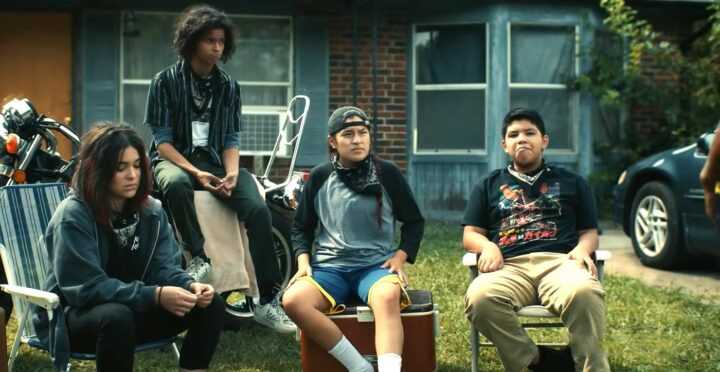 The US television series was shot in Okmulgee, Oklahoma. The first season consists of eight episodes lasting thirty minutes each. Reservation Dogs has received an excellent reception from the public and critics and the second season will be released in 2022 promoted by Fx.

The directors Waititi and Harjo, both of Native American origin, draw on their social and cultural experiences to build an original and comic, brave and fresh TV series, where there will also be misadventures. Below you can find the trailer for the series. If you like movies and TV series and want to stay informed you can follow this page.