According to a recent study carried out by ManySpins.com, the classic title preferred by Italian retrogaming lovers is Metal Slug

According to a study carried out by the well-known portal ManySpins.com is Metal Slug the classic title most loved by Italian fans of the retrogaming. The research carried out by the site had the aim of discovering the most loved historical video game in every single nation in the world and was created this year to celebrate some important anniversaries of the videogame industry, such as the 25th anniversary of the Pokémon franchise. and the 20th of that of Animal Crossing.

Retrogaming: Metal Slug is also the second most loved title in the world

The study carried out used the online service SEMrush to obtain the data relating to the monthly searches carried out on the main engines and, in addition to the statistics relating to the individual nations, was able to obtain information regarding Worldwide. Globally, with 19 countries that prefer it, Metal Slug turns out to be the second most loved title by retrogamers, while it is Super Mario 64 to win first place. The hugely popular game, first released in 1996 for the Nintendo 64, is the most popular in 34 countries. Finally, take third place in Super Mario World. 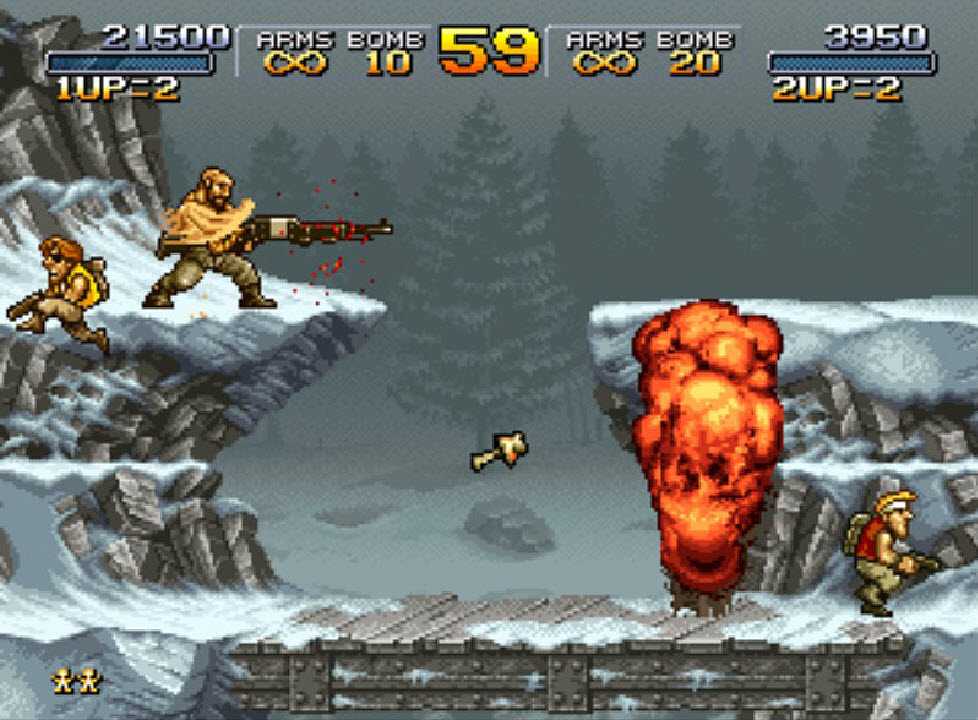 Metal Slug is a side scrolling shooter, made by SNK and originally released in 1996 for Neo Geo and arcade. The title immediately stood out for the original design and for the explicit violence, rather extreme at the time of its release. The title spawned a hugely successful franchise, which includes nine titles officers, different spin-off and a collection. The latest game in the saga is Metal Slug Code: J, available for mobile devices.

The data was provided by manyspins. Continue to follow us on TechGameWorld.com to stay updated on the main news in the world of video games. If you are interested in buying this or another title, we suggest you take a look at the vast Instant Gaming catalog.