We offer you the review of 9-1-1 season 4, the latest product of the successful Ryan Murphy franchise, already renewed for a fifth season and added to Disney Plus, in which the pandemic is king

We take the opportunity of the recent addition of seasons 3 and 4, which are added to the previous ones, on the Disney Plus catalog (more precisely on Star) to offer you the review of 9-1-1, season 4. With this fourth season, the protagonists of the emergency command are faced with an enemy never seen before: the COVID 19 pandemic. The new episodes of the successful franchise created and led by Ryan Murphy, Brad Falchuck e Tim Minear they enter straight into the pandemic that has hit the whole world and try to adapt to the new normal that has involved everyone in the first person.

9-1-1 chronicles the high-pressure experiences of police, paramedics and firefighters being pushed into the most frightening, shocking and touching situations. These rescuers must try to balance the lives of those who are most vulnerable with the problems in their own lives.

In this fourth season, the spread of the pandemic has had consequences for all the protagonists: Athena, intent on resuming an office job, is forced to return to the field in a situation of full emergency. This causes a lot of stress to Bobby, Michael (who in the meantime has begun a coexistence with the new love interest, the surgeon David) and to his daughter May, who we find more determined than ever to want to learn from Maddie the job of operating the 9- 1-1, as university plans skipped due to COVID.

Maddie, for her part, is pregnant and would like to be close to Chimney, but he is too worried about the dangers of the virus for the fetus and prefers to live apart, leaving her with her brother Albert and relying on video calls. Hen, on the other hand, has to face medical school online and in person, while Buck, who meets a mysterious new virtual interlocutor he doesn’t want anyone to know about, and may discover something traumatic from his past. Space is thus given to all the protagonists even if the real protagonist seems to be the PTSD, not only of Athena, but of everyone in relation to the pandemic in progress.

The protagonist of the protagonists, however, is the pandemic, a gloomy background on which the protagonists move and the true fulcrum of the story. The fourth season of 9-1-1 thus returns with cases to the limit, to which fans of the franchise have been accustomed since the debut, offering memorable and paradoxical sequences of great pathos and suspense. Here, exaggeration is once again the watchword, starting with the destruction of the historic Hollywood sign.

To the exasperation, however, a silent and all too common element, such as COVID. The change it has caused in everyone’s lives, to the point of giving life to a new normality, is the real glue of the series, which on the other hand confirms that it lacks some cohesion and chemistry between the characters, while building its own over the years. universe and to keep it alive. 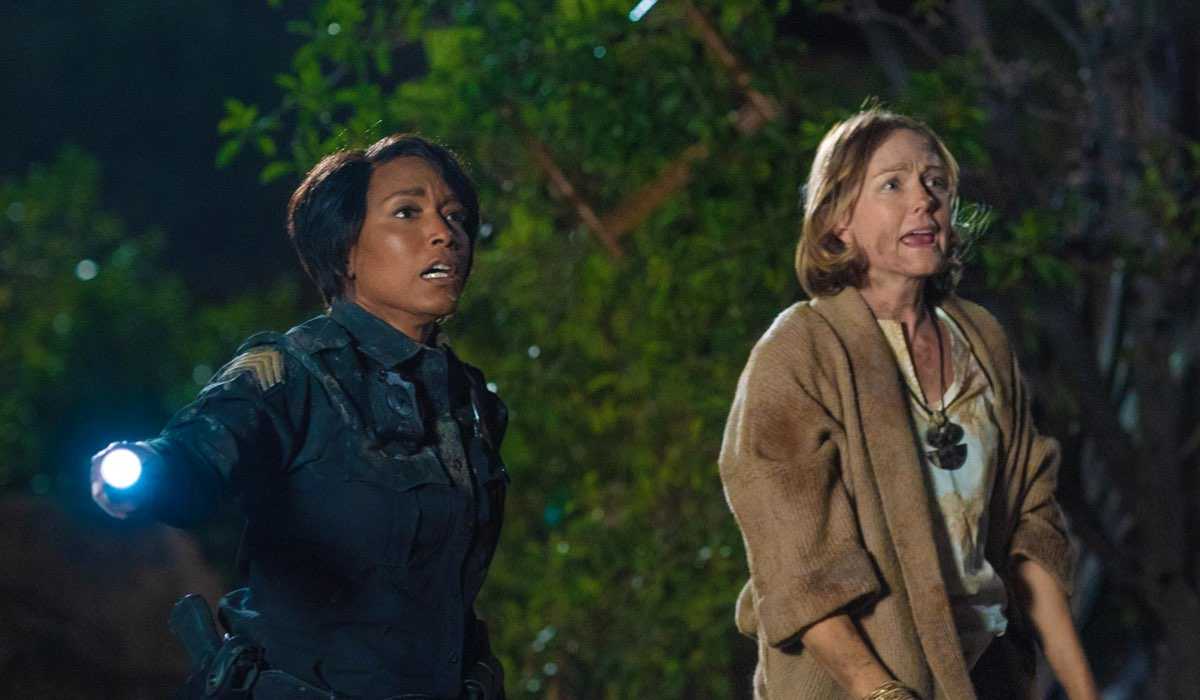 Once again the cases of the epistolary episodes are many, in order not to lower the bar and the attention of the spectators, not to dwell too much on a specific metaphor with the personal lives of the characters and indeed find different ones on the same theme. For this reason, despite being an average product, it remains very engaging.

At the conclusion of the review of 9-1-1, season 4, we can say that we are satisfied with how it has adapted to the new normal linked to the ongoing pandemic. COVID is the background and at the same time the engine of some choices and storylines of the protagonists, each of which has its own adequate space. The exaggeration is once again the hallmark of the cases facing the Los Angeles firefighters, but it is also the strong point of the series, renewed in May for a fifth season.