The harsh law of blows does not forgive anyone. Let’s find out together in this review if Breakneck City succeeds in an attempt to revive the soul of the classic fighting games

The new generation of consoles have been with us for over a year now, and we’ve seen some truly incredible experiments in the past few months. An example is the tech demo Matrix Awakens or the recent first gameplay reveal of Senua’s Saga Hellblade 2, which have become the standard-bearers of an unparalleled realism that represents the future of the industry. Yet more and more developers are succumbing to the charm of a bygone era, in which simple but impactful gameplay reigned supreme, seasoned with graphics made up of a handful of pixels, some polygons and little else. The Renegade Sector are among these, and today we offer you the review of Breakneck City, their latest effort.

Year 199x. We are in Breakneck City, a fictional metropolis whose high-sounding name leaves no room for doubt about the favorite pastime of most of the citizens. Against this background, we will find ourselves in the sporting role of Sidney Flintlock and Justine Jacobs, two frequent visitors of the “Film’s Fool” videostore. Our protagonists, after learning of the attempt by a gang of criminals, to set fire to the shop, decide that it is time to bring some order back to the streets with punches.

The plot, as per tradition for this genre of games, serves as a simple pretext to justify the action on the screen, and is told through a few, simple (and rather bare) screens, before throwing us directly into the action. We will be able to choose whether to impersonate one of the two heroines and see it alone against the shady criminals of Breakneck City, or (as we will also see later in this review) call a friend for help to face together the 6 levels that make up the entire campaign via local co op mode. 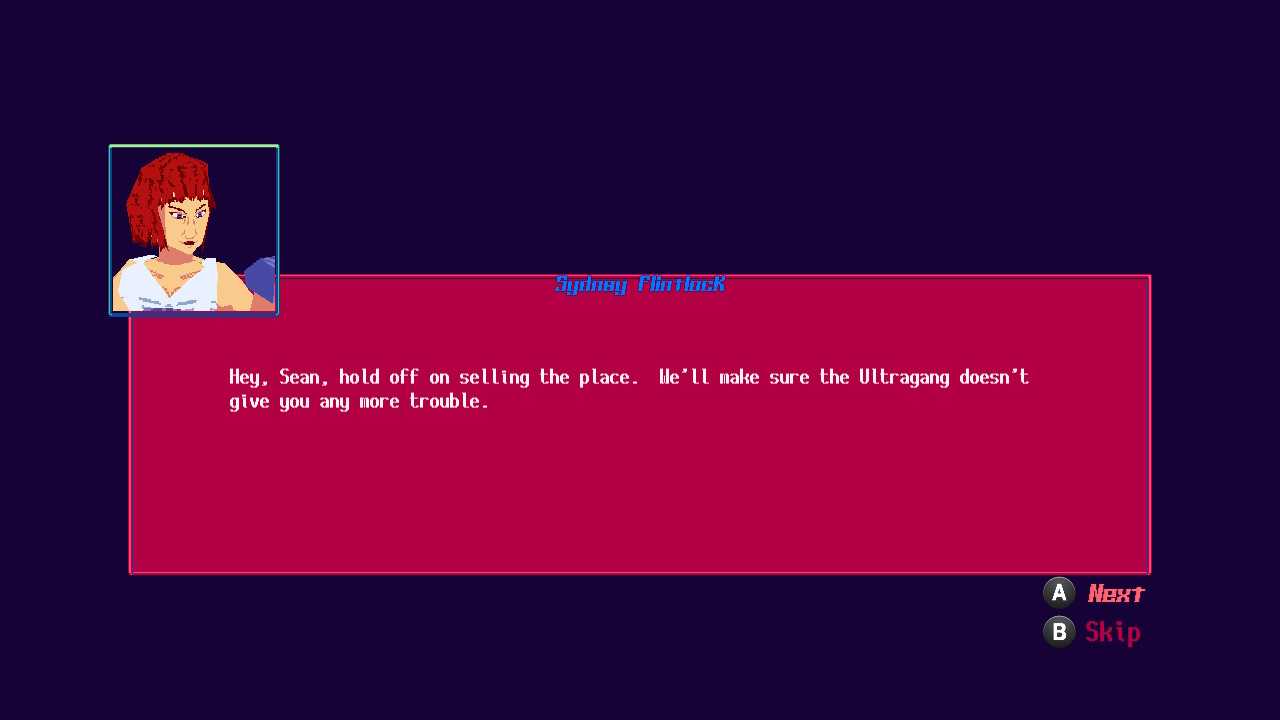 In my day they were handing hands – Breakneck City Review

As already mentioned in the previous paragraphs of this review, Breakneck City is a scrolling fighting game. The game system is a clear tribute to classic titles such as Double Dragon and Final Fight: once the game starts we will find ourselves in control of our character and we will have to advance through the levels making our way through an unlikely amount of disreputable individuals determined to make us the skin. We, for our part, will be able to defend ourselves using mainly punches and kicks, which can be chained to create combos with which to KO opponents or send them against walls, garbage bins, down balconies, and so on.

The choice of which of the two girls to impersonate is a purely aesthetic factor. Both in the role of Sidney and Justine, in fact, we will be equipped with a button to throw punches, one to kick, and one for the jump (with which to also carry out attacks in flight). We will also be able to dodge using the right stick, a useful move when the scene begins to crowd with enemies (among other things, keeping the analog tilted we will continue to dodge indefinitely, and the animation will make it seem that our character will skate on the ground), and occasionally we will also come into possession of weapons such as baseball bats, knives and so on, which will disappear after a handful of uses. 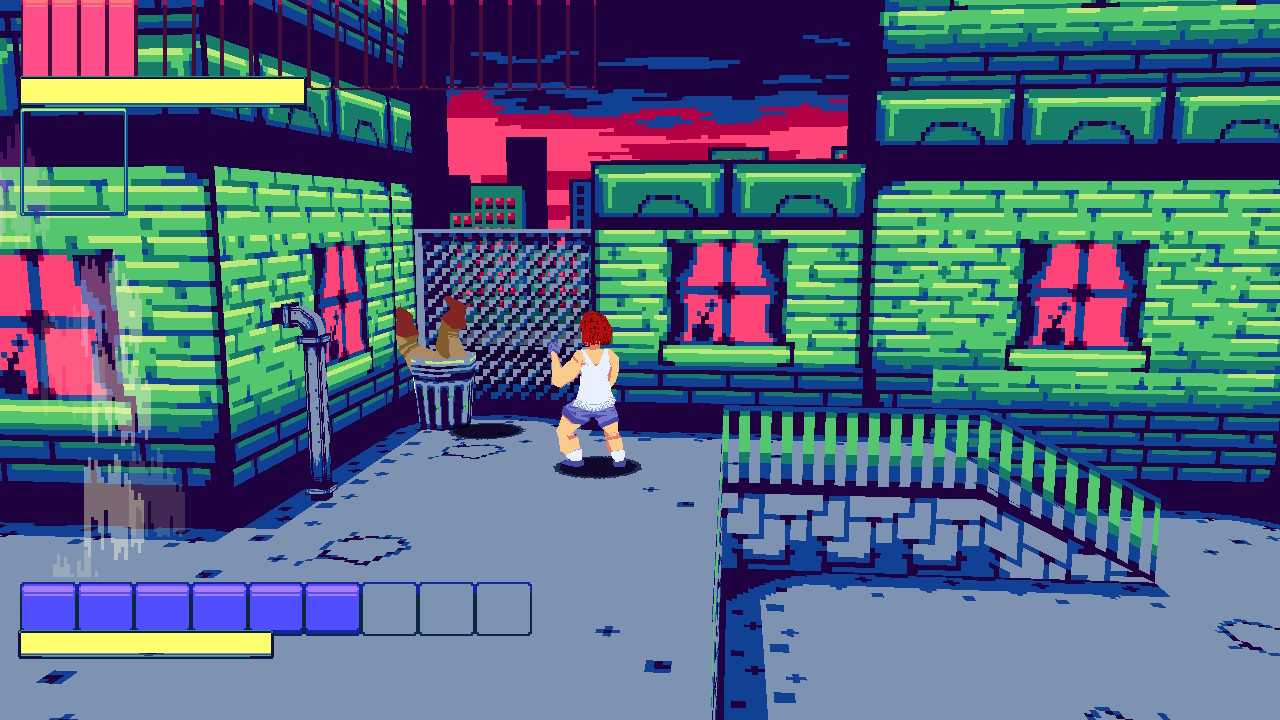 What was said in the previous paragraph of this review shows that there are ideas in Breakneck City. Unfortunately, however, pad in hand, there are a number of factors that do not benefit the gaming experience. First of all, the character’s controls are often inaccurate, making it difficult at times to direct attacks. While the development team may have wanted to purposely create rougher controls to recall the classic titles of the genre, the downside is potentially frustrating situations (like some more advanced boss fights).

The variety of situations we will encounter will be good all in all and the feeling with the attacks inflicted will be able in some situations to give some satisfaction, but it is also true that during our run we encountered some rather annoying bugs, such as enemies if they get stuck in the walls, inaccurate environmental collisions (one of these even forced us to start a level all over again as, upon returning from a checkpoint, we were stuck in a room) and graphic glitches that made character models disappear (especially Justine’s) . 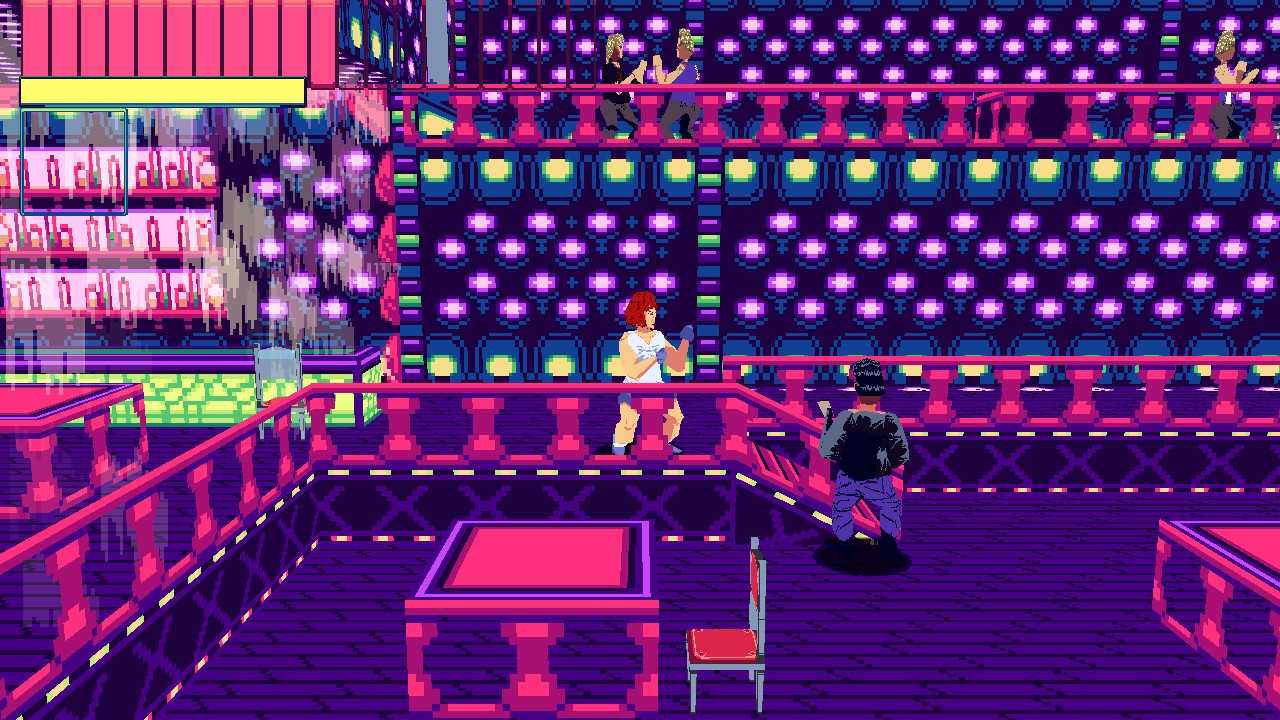 Is it better for two? – Breakneck City Review

The Breakneck City campaign slips away rather quickly, and the only 6 levels present can be completed even in a single session (especially if you already have the hand with this genre of games). Unfortunately, when we reach the end credits, there are very few reasons that lead us to want to re-face the campaign, if not to play it in the company of a friend.

The local co-op mode, however, also suffers from some problems of a mostly technical nature, first of all the flash that highlights the hits. The latter, being accompanied by a very short shot, often risks hindering the timing of the other player’s movements, especially in the most agitated situations. 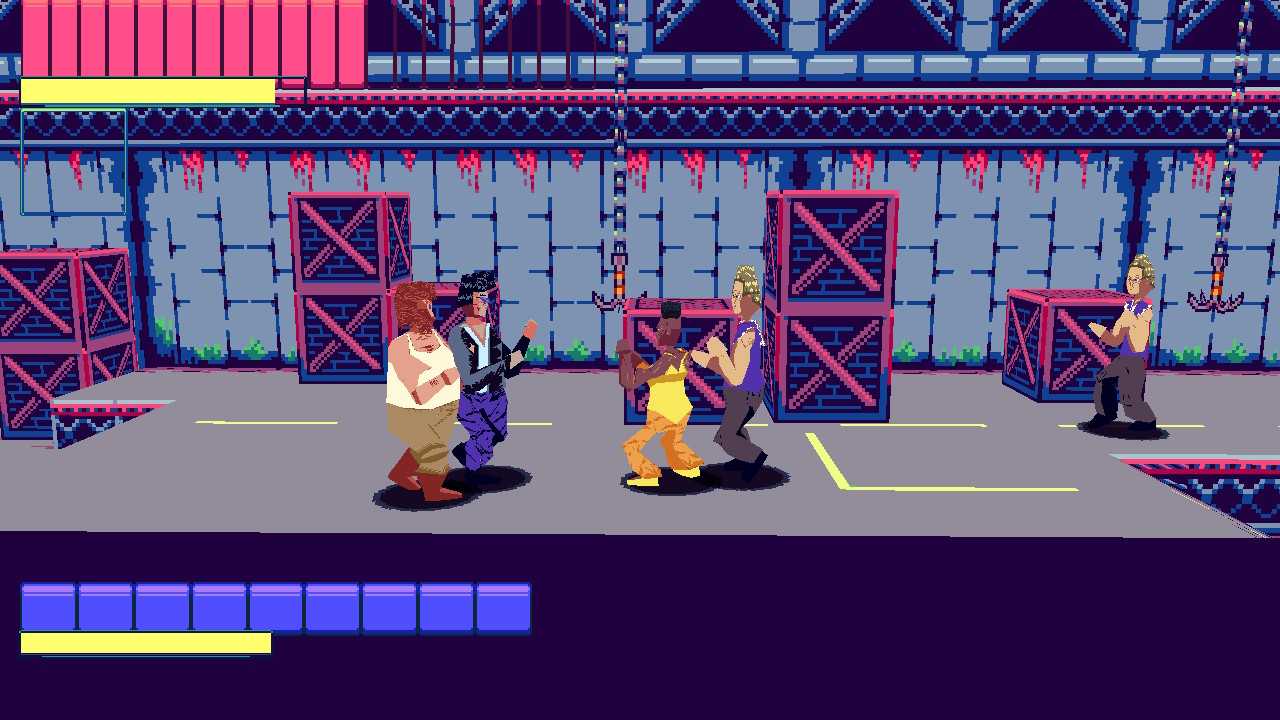 Even the graphic sector of Breakneck City, as described in the previous paragraphs of this review, wants to pay homage to an era that is now gone. Backdrops and environments inspired by the 8-bit era of the NES, are contrasted with polygonal models of the characters that recall the first PlayStation. The picture is completed by an artistic direction with a clear 80s / 90s matrix, a little anonymous but functional to act as a background to the events, as well as the audio sector, made up of not particularly memorable 8-bit music and sound effects.

The development team’s choice to opt for angular models and woody animations, despite being able to meet the tastes of some, on the whole seems to struggle to convey that nostalgic feeling so sought after by works of this type. It probably also doesn’t help that the graphics of the era by which Breakneck City is inspired, although emblematic, do not have the same timeless charm of other retro styles, such as pixel art, which is used by another rather recent scrolling fighting game. : Slaps and Beans. In any case, throughout the title, there is a feeling that something more could have been done. 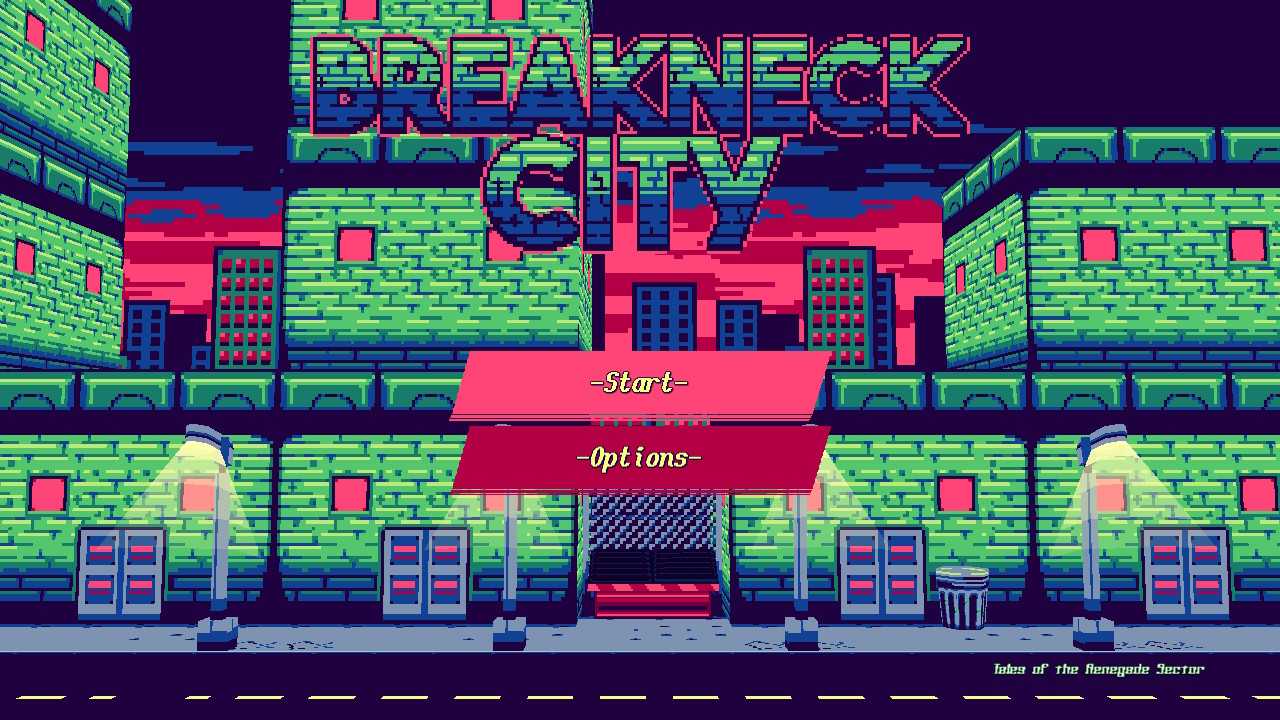 Breakneck City is a title that on paper presents some good ideas. Unfortunately, however, everything appears raw and not very refined, from the controls to the animations up to the graphics that perhaps inherit a few edges too many from an era in which the first immature steps in the third dimension were still taking place. A short campaign and annoying bugs and graphic glitches certainly do not improve the final picture of a game which, on balance, turns out to be just another tribute to the great works of the past, but nothing more.

What do you think of this title? Let us know in the comments and stay tuned to TechGameWorld.com for all the news dedicated to the world of video games. To buy video games at a discounted price, we recommend that you take a look at the Instant Gaming catalog.