Sam Stone is back to slaughter monsters at will in Serious Sam: Siberian Mayhem, we discover this new adventure in our review

Two years after Serious Sam 4 was released, Croteam released Serious Sam: Siberian Mayhem, one new stand-alone expansion set in Russia to be discovered in this review. The game is published by Devolver Digital, well-known publisher of all the past chapters of the saga. This expansion provides a lot of adrenaline and hordes of monsters to kill, just like the previous chapters but also adds some little news to reveal.

In search of the missing traitor

We will not dwell too much on the plot of Serious Sam: Siberian Mayhem in this review as it does not represent the real and main focus of the game. Our goal will be to make our way through the boundless landscapes of Siberia to complete a very important mission, seek out General Brand, a dangerous traitor who always gets away with it. The road is long and our protagonist will meet various local characters who will help him in his mission.

The events of history turn out linear and serve as a frame for the characters’ hilarious dialoguesfilled with low-grade jokes. Sam Stone is really funny and together with his new gang we will witness absurd situations with conversations bordering on trash. Laughter will not fail and help to play down the violence and desolation of a world now in ruins. 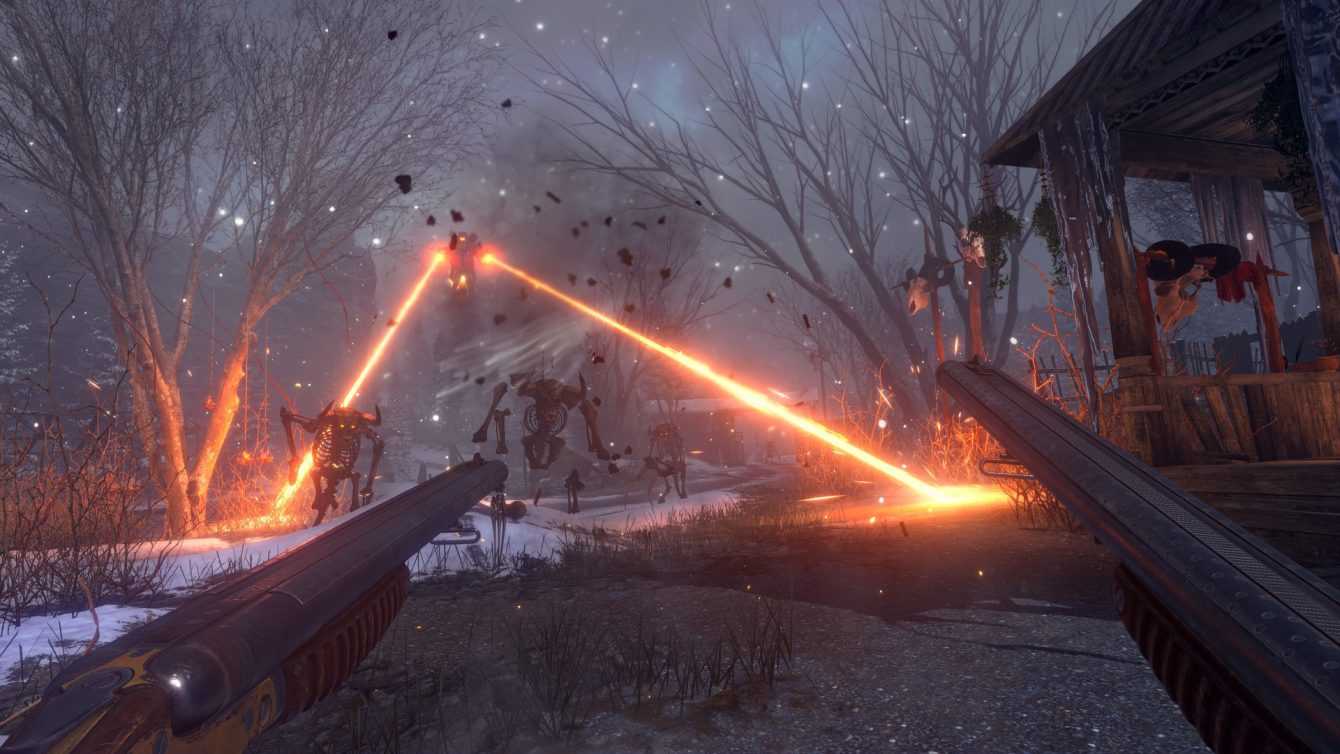 The gameplay is similar to the previous chapters, with a particular focus linked to the movement system. We will have to shoot any enemy in sight without ever forgetting to move, because the hordes of monsters are numerous, very fast and deadly if we don’t keep up. The available arsenal is among the most varied and there will be weapons such as the rocket launcher, the shotgun, the crossbow or even the cannon. Compared to Serious Sam 4 we have new weapons and gadgets like the Raygun and an AK-47, very useful when enemies come from all sides.

The new means will also be different like it scooter overboard, ideal for moving quickly in the long expanses of snow. In addition, they will be present four all new enemies, including the fearsome Octanian Sentry Tower, a threatening tower ready to eliminate us with bombing from above and the Draconian Burner (main enemy on the cover), intent on melting us with its scorching thermal rays.

In Serious Sam: Siberian Mayhem it will not only be necessary to exterminate monsters to proceed towards the goal, exploration is another very important element not to be overlooked. The game consists of five levels, each with very large areas to explore at will, full of secrets and useful items for the protagonist. As you explore, you will be able to find new weapons, accessories and purple orbs which will be used to unlock new skills in the skill tree, such as dealing more damage when health is low or wielding two weapons of the same type. The exploration will also be encouraged thanks to the presence of secondary missions, easily identifiable by following the special blue indicator that will guide us towards unique bosses to face and unpublished areas to visit.

Overall the gameplay works, it has no obvious major flaws, it remains the good classic Serious Sam that we have known for a long time. This rigidity in trying to change and bringing in new mechanics comes as the real flaw. The game has continued to exploit the winning formula repeatedly for a long time and this thing, for obvious reasons, will not continue to work indefinitely. To keep up with the times you need to renew yourself and take risks, expanding the game mechanics so as to bring a feeling of freshness, definitely not present in Serious Sam: Siberian Mayhem. 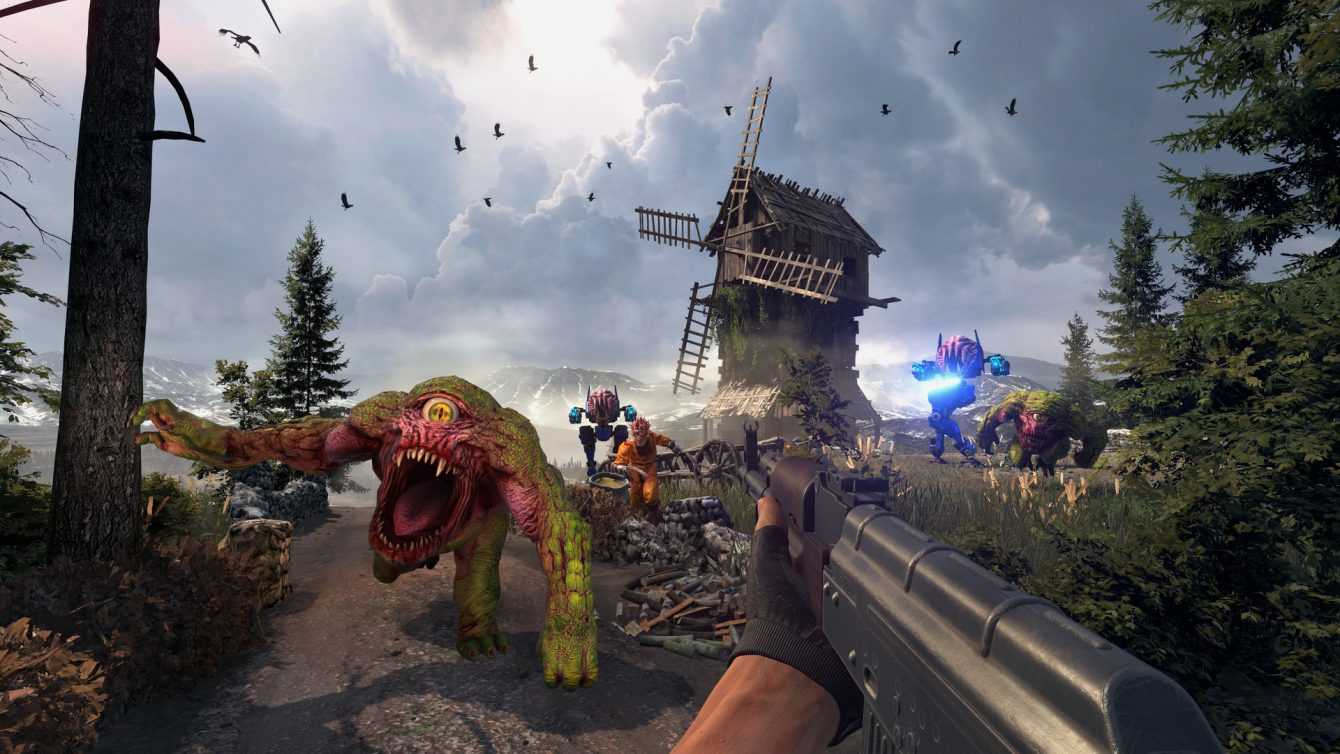 Continuing the Serious Sam: Siberian Mayhem review, we can confirm that Compared to Serious Sam 4, the gameplay is significantly lower. In fact, about five hours will be enough to complete our adventure. The reduction in duration appears as a positive element, as it avoids the player from incurring too many moments of repetitiveness as in the previous chapter. The campaign flows smoothly, resulting well varied thanks also to the alternation between shootings on foot and on armored vehicles such as tanks.

The game has a good difficulty which makes it very rewarding and each chapter always presents itself as a big challenge for the player. Even at the lowest difficulty levels we will often be defeated and we will need to use all the weapons at our disposal to eliminate all the enemies. The title lends itself to being replayed several times, experiencing the various difficulties present or completing it with a speedrun. Unfortunately, as in the previous chapters, there is no competitive mode that would have increased the hours of play. However, we will have other ways to continue having fun thanks to the cooperative and survival modes. 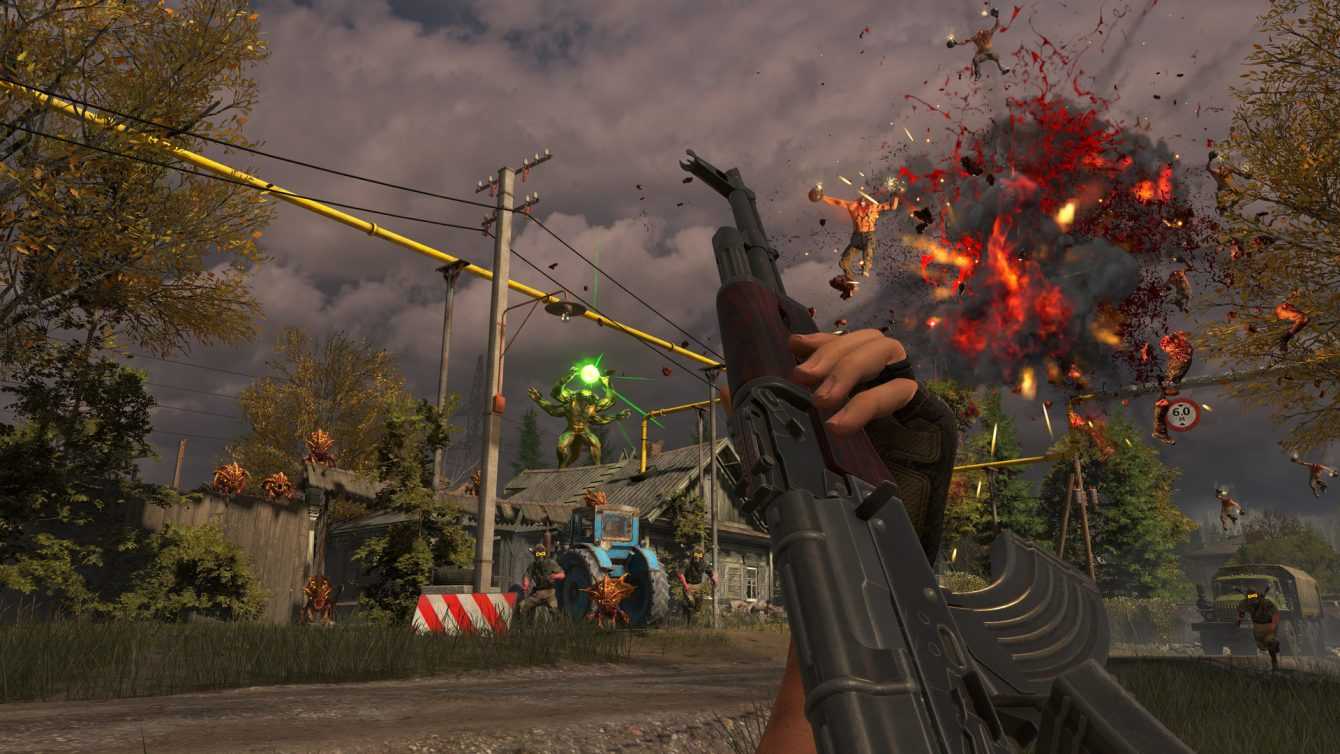 One of the sore points of Serious Sam: Siberian Mayhem is the graphic and technical sector, both very similar to the previous chapter. Already in Serious Sam 4 they were noticeable rough textures and poorly detailed settings, giving the feeling of playing a game of the past generation. With the release of this expansion, the situation has not changed, despite having a new and fascinating setting in the snow, the graphic quality has remained similar, with a subdued visual impact. Animations are the least curated element, with lazy and very static cutscenes in which the characters move in a rough and unnatural way.

Technically, the title manages to run fairly well on medium / high-end PCs but considering the not very high graphics quality, we would have expected more. Framerate drops often occur during the most intense battles, especially when we face large waves of monsters, with drop below 60 fps, dampening the frenzy of fighting. Considering that the game is mainly based on defeating hordes of enemies, these slowdowns partially ruin the experience of the title, highlighting a poor general optimization. The sound sector fits perfectly with the type of action and violence that we are going to unleash. We will be accompanied by very strong tones with heavy metal music similar to Doom, perfect for increasing the adrenaline in defeating all the enemies we meet. 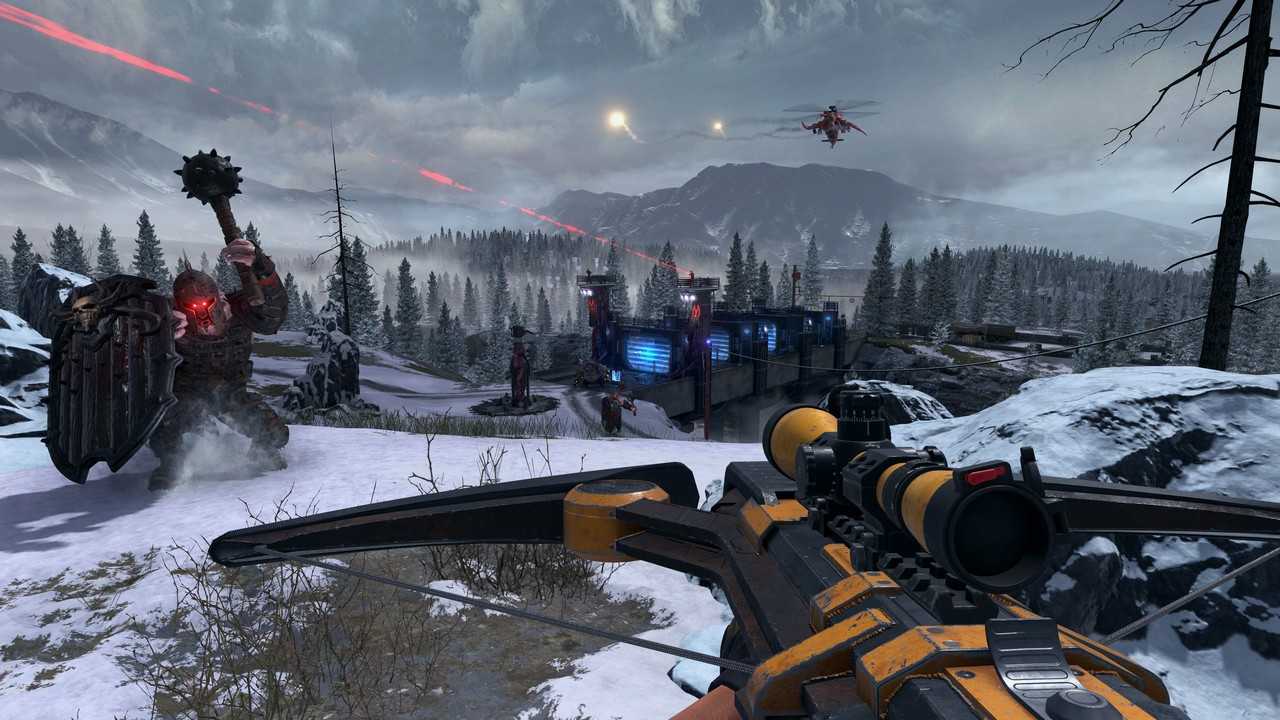 At the end of the review of Serious Sam: Siberian Mayhem we are ready to take stock. The game presents itself as fun and frenetic, with some welcome novelties and a whole new setting to discover. The gameplay, although functional, has remained unchanged from previous chapters and is not in step with the standard of modern fps. Titles such as Doom Eternal and Wolfenstein II: The New Colossus have been able to renew themselves over the years, while Serious Sam remains very attached to its past, resulting in some respects antiquated not only in gameplay, but also graphically.

This aspect should not necessarily be considered as negative, considering that the game is intended for a certain slice of the public, fond of a type of classic gameplay that continues to entertain in its simplicity. In any case, we wonder how much this aspect will continue to work in the coming years, sooner or later we would like to see more courage from the developers in bringing new mechanics, making Serious Sam more palatable among contemporary fps.

Recall that Serious Sam Siberian Mayhem is not a DLC of Seriuos Sam 4 but a stand-alone expansion and it is not required to own the base game. In conclusion, the title is recommended to all fans of the saga but also to those looking for an adrenaline-fueled fps where the only purpose is to shoot madly at creatures from another world.

What do you think of this review? Will you recover Serious Sam: Siberian Mayhem? Let us know in the comments and stay on our website TechGameWorld.com for more updates on the world of video games, and don’t miss out on games at discounted prices on the Instant Gaming store.

Carnage in the Russian lands