The Last of Us 1 × 02 review: after the first great episode, the series continues with an episode that takes us to the heart of the devastation

After last week’s great debut, The Last of Us has made its return with the second episode which, after the extensive prologue, takes us into the heart of the devastation caused by the fungus. We had left Joel and Tess in the process of taking Ellie out of the quarantine area to get the battery they need and which they lost in exchange for the mission. As planned, however, outside the containment area the three will have to face many dangers.

Let’s start again, therefore, from the clash with the guard and from escaping from the containment area. After the night, Joel, Tess and Ellie try to make their way into the city, but have to deal with the threat of infected, present in large numbers and ready to attack the adventurers. As they make their way through the rubble of the devastated city with difficulty, an ambush will lead the protagonists to make very delicate choices.

The first episode of The Last of Us, as mentioned, was extremely long, but necessary to better present the context in which the narrative moves. Now, with the second installment of the HBO series, we get more into the heart of the story inspired by the famous video game. First, we get a close-up look at the havoc that the fungus has wrought. In daylight, we see a battered and destroyed city, the usual post-apocalyptic scenario made with extreme care, which gives us the figure of the tragedy experienced. In the first part of the episode, together with Joel, Tess and Ellie we venture into the rubble and it is impossible not to feel the drama of the devastation, not to grasp the extent of the pandemic and all the damage it has caused.

Moving forward, the voltage increases, the protagonists slip into increasingly narrow spaces and after having framed the devastated city in depth, we also begin to deal with the infected. This second installment of The Last of Us completes the overview introduced by the first. If a week ago we had seen the time frame and the background of events, now let’s see the space frame and it present scenario. The attention to detail shown by the series remains impressive, which never leaves anything to chance and builds a narrative full of tension that explodes at the end.

As mentioned, together with the devastated city we also know the infected, we see their monstrous appearance, we understand their behavior better and we witness very intense clashes with the protagonists. Just an ambush is dramatic and will lead to the delicate final sacrifice.

The highlight of the episode is definitely the death, in the finale, of Tess, who contracts the infection and sacrifices himself to help Joel and Ellie, blasting himself with the other infected. The sequence in which she tries to operate thelighter to make the fire flare up is of incredible intensity and gives us back all the drama of a life that is severed cleanly, which suddenly goes out in front of the inexorable. Tess’s sacrifice is a photograph of the new reality that the mushroom has created, an existence in close contact, continuous, with only death, but with the degeneration of body and mind, with the annulment of any semblance of humanity.

The survival, in The Last of Us, is life itself. The protagonists are no longer allowed to live, because at any moment death can come and then the only thing to do is survive. To carry on this natural selection it is necessary the sacrifice of the weakest, of the infected person who has now lost his right to life. The ruthless nature is revealed in all its power in The Last of Us and catalyzes the drama of an episode that already stages clear and decisive guidelines, implants tones that will dominate the entire series. There is little room for humanity in this triumph of survival that is the HBO series, still magnificent even in its second round after last week’s sensational debut.

Review The Whale: the incredible rebirth of Brendan Fraser 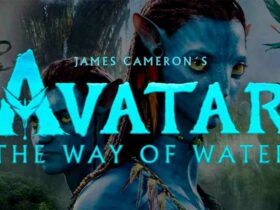