Mirko Cannella, a young voice actor, gave us an interview on the occasion of the release of the new season of Riverdale: here’s what he revealed to us!

Surely you have heard his voice hundreds of times: Mirko Cannella, a voice actor, has lent his voice, to give examples, to Jughead Jones by Riverdale, Rio de The paper house e Billy Hargrove in Stranger Things. On the occasion of the launch of the new season of the teen drama he told us about his beginnings and plans for the future.

We are here with Mirko Cannella, an Italian voice actor and actor who, despite his young age, has lent his voice to many famous characters. An example? Jughead Jones in Riverdale, played by none other than Cole Sprouse. Hi Mirko, how was this passion born?

I’ve always dreamed of being an actor and I got the opportunity to get closer to this fantastic world thanks to my father, because my father is a dubbing assistant when it comes to the length of the lines. From an early age, therefore, I often went to work with my dad and I had a lot of fun because I saw these actors who dubbed many different characters, from cartoons to movies and TV series. At that time I was so shy that I didn’t even hear her say “hi” on the microphone, until I said to myself “No, I want to do it because I have to overcome this block” and then I jumped in and started this fantastic adventure. Almost 18 years have now passed since the beginning of this journey.

Have you ever met any of the actors you dubbed?

Unfortunately not, even if we came close. I would really like to meet Cole Sprouse from Riverdale, a few years ago there was also a convention in Milan in which the Riverdale actors were present and he should have attended, but at the very last he had another commitment and so he badly said.

From ER – Doctors on the front line, to popular films such as Maleficent and mass media series such as The Paper House and Riverdale. Are there one or more characters you’ve voiced in which you reflect yourself?

Many Characters that I go to dub have similar characteristics to mine. Not so much physical, but above all mental and therefore I mirror myself in them. For example Jughead and Rio are two characters that come to my mind who have some characteristics in which I mirror myself: Rio is a bit of the puppy of the group, he often does bullshit as happens to me but then he is a very thoughtful and very cunning character. and almost always manages to find the solution.

We speak in particular of Riverdale. The series has been a great success over the years, thrilling even the faithful followers of Archie Comics. What is it like to dub an introverted and witty character like Jughead?

Definitely voicing Jughead has been and still is a great experience for me, especially as the character has had an important evolution and so he started one way and now he’s become another character. So I also grew up following him in this great adventure. And in any case I enjoy dubbing him, and although I realize that he is a very serious character and very much on his own, sometimes he has that humor that I really like. Not that he’s a comic character, but he has his moments.

Jughead undoubtedly plays the role of narrator of the story, often providing a decisive and objective point of view: a sort of storyteller of the whole story. Do you consider this aspect one of the reasons why the public likes it?

I agree, definitely being the Riverdale narrator is key. Moreover, it is not the classic narrator external to the story who tells things with detachment, but is the same protagonist and therefore contaminates the narration with his own ideas. Consequently, it leads viewers to recognize and sympathize with this character, which is certainly one of the keys to Jughead’s success.

In Riverdale there are so many mysteries, secrets and adventures: what was the scene that thrilled you the most to dub and how did you prepare to do it?

There are many dinners, but perhaps the one that struck me most was the declaration that my character made to Betty at a time when she was really risking her feathers. When he says “I love you Betty Cooper” it was a very touching moment and surely the success of the scene will have influenced the fact that the two actors were together at the time, so for Cole Sprouse to tell the actress who plays Betty that he loved her, thinking it might be the last time, he increased this this emotion. Unfortunately, I could not prepare myself for this scene, as for the other scenes, because we voice actors have no script to study, unlike theater or cinema actors. An actor studies a part for weeks, we can’t in the dubbing. On the one hand it is beautiful for the surprise that accompanies us at each scene, on the other we cannot enter the psychology of the character in advance and therefore we have to improvise more.

Riverdale’s fourth season brought a new mystery to the stage, revolving around the elusive Senior Year. Has anything changed in the voice acting as your character has grown?

As far as I’m concerned, little has changed, in the sense that I have to follow what actor Cole Sprouse does, adapting myself. Surely the character has had an evolution so the Jughead of the fourth season is definitely different from that of the first season, so I also have to follow him in some way, but as far as I’m concerned I only care what he does when I give him. the voice.

The fifth season of Riverdale will be released soon, while a sixth is already in the works. Can we expect as many twists as there have been in previous seasons?

That’s right now we’re dubbing the fifth season, but I can’t say anything to avoid spoilers. I don’t want to spoil the surprise, I can only tell you that there will be great news in this fifth season. I have dubbed a few episodes so far, but there are already big changes in these and I can’t wait to go on with these episodes and start this sixth season as well, to know where the writers will go.

Cole Sprouse in Riverdale, Dacre Montgomery in Stranger Things, Miguel Herrán in The Paper House. The list goes on and on, but which actor would you like to dub in the future?

I can answer all of them because it is my dream to continue dubbing some actors that I have already dubbed. I think it’s the dream of a little bit of all the voice actors and as far as I’m concerned I’d really love to continue voicing Cole Sprouse and the others but also Noel Fisher, Mickey Milkovich in Shameless. Among other things, Miguel Herran a few days ago I dubbed him in a new production of a film, so I am really happy with this and I hope they will call me in the future for new works, with new and old actors.

Do you have other plans for the future in mind besides dubbing? Meanwhile, we know you’ve launched your first merchandising line.

In addition to dubbing I do theater, I also have a group, Pezzi di nerd, and we shoot in Italy with our comedies, so we write scripts ourselves and take them around. With the first, which is called I adopted my brother, we reached almost a hundred replicas: we stopped at 99 due to the coronavirus. My dream is to make cinema, it is another goal that I have set myself and lately with OnVibes my first line of merchandising. I am very happy with this because thinking and creating t-shirts from scratch is something I have never done and I had a lot of fun. I thank all of the guys, first of all Giovanni for having “endured” me during the creative phase and this (which you see in the photo ed) is one of the t-shirts, with the snake symbol of Jughead from Riverdale but it is not the only one because there is also the one with Jughead’s catchphrase, See you at Pop’s, one of the typical phrases that fans often ask me to say.

We thank Mirko Cinella for the chat. And are you watching the new season of Riverdale? Let us know in the comments.

Keep following us for other news from the world of TV series and cinema. 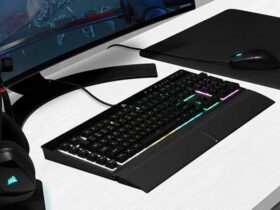