According to a rumor that has started circulating on the net in the past few hours, Sony and Valve have found an agreement to bring Half-Life: Alyx also on PSVR2

Half-Life: Alyx was undoubtedly one of the biggest titles of 2020, for two simple reasons. The first is, quite predictably, the return of a franchise that had been silent for so long that it has become a distant memory. Although Half-Life 3 is still a chimera, with Alyx Valve has brought the brand back into fashion, dusting it off from the ground up and giving what fans have been looking for for a long time: a new iteration. The second reason for Alyx’s success is just as trivial, but perhaps we would never have taken it into consideration at the time: virtual reality exclusivity (or at least initially). Although VR peripherals are undoubtedly a niche reality, a title of such excellent and unsurpassed quality was missing. We continue to hope that it will be the first of a long series.

With the recent official announcement of the PlayStation VR 2, it is now quite clear that Sony’s future investments will also be devoted to next-generation Virtual Reality. And while Firesprite and Guierrilla are working together on the new Horizon Call of the Mountain, a title that wants to redefine the concept of AAA in the world of VR games, the next question is quite simple: and the big titles released so far? And… Half-Life: Alyx?

From what I’ve been told, they have. Not sure when it’s happening though. I thought this was one of those open secrets? https://t.co/RPrdPArDLc

Half-Life: Alyx on PSVR2? It could be, according to a well-known leaker and insider

In the words of Nick Baker, co-founder of XboxEra and well-known PlayStation leaker, Valve’s title will also find space in the PSVR2 library. In fact, it seems that Sony is looking for an agreement with Valve to be able to also bring Alyx on its new Virtual Reality viewer, accompanied by the new PlayStation Sense controllers, which would make the experience even more immersive and interesting. It all started with a discussion on Twitter, which we leave you right up here in the middle of the article.

We invite you, as always, to take these rumors with a grain of salt, but it does not seem so unlikely that Half-Life: Alyx can also land on Sony consoles with the arrival of the PSVR2. Let us know what you think below in the comments, we will continue to keep you updated with all the news, guides and reviews on videogame and tech! And if you are interested in game keys at advantageous prices, we recommend that you take a look at the InstantGaming catalog! 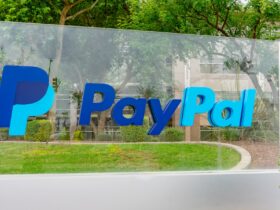 James Gunn’s The Suicide Squad gets 100% on Rotten Tomatoes