Among the main features of the new Samsung Galaxy S22 Ultra, the next flagship of the Korean house arriving in February, there will also be the full support for the S-Pen. The accessory, inherited from the Note range, will present a series of innovations that will guarantee a marked improvement in performance. Let’s see the details.

According to the latest rumors, released by youtuber XEETECHCARE, already in the past a reliable source of rumors related to the Samsung world, the new Samsung Galaxy S22 Ultra will be able to count on a new S-Pen, clearly superior in terms of performance compared to the latest Note 20 Ultra view. Specifically, Samsung has reduced the delay of the inputs of the S-Pen, bringing the latency to just 2.8 ms versus about 9 ms that characterized the previous generation.

It will improve the writing experience

Note that Samsung aims to offer a better handwriting experience compared to the past. The performance of the S-Pen will therefore be significantly better and will probably also be accompanied by some new software features that will be introduced with the One UI 4.1 based on Android 12.

Recall that the new Samsung Galaxy S22 should debut the next February 8 and then arrive on the market in the following weeks. The range will consist of the base model, S22, and its larger version, S22 +. To complete the top-of-the-range offer of the Korean house there will be the new Galaxy S22 Ultra. More details will certainly arrive in the next few days. 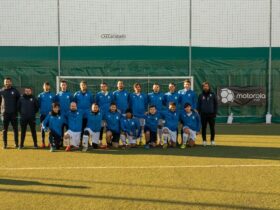 Motorola Cup, The Insuperabili on the field with Andrea Pirlo for inclusiveness

Best ways to get an SSL certificate