Let’s go to the discovery of the Earth of the future in our review of Scarlet Nexus, the new action RPG signed by Bandai Namco

The world of videogames now lives under the banner of contamination, to the point that it is increasingly unusual to see a production run out within the only playful setting: whether we are talking about toys, paper spin-offs or live action or animated series, paths followed by old and new brands have seen a range of unimaginable possibilities open up until a few decades ago. A dark period, the one in question, given that tie-in was often synonymous with botched and hardly worthy of attention productions. The trend, however, has changed considerably, as the success of the recent iterations of the Strigo.

And among those who have always been able to exploit these crossovers properly, we can only count the Japanese developers, true masters of cross-media encroachment, who have Bandai Namco the most recent exponent of this trend. Poised between animation and video game, Scarlet Nexus will he be able to carry on successfully this desire for freedom? Let’s find out together in the our review.

A Stranger at the door

We had already talked to you, albeit superficially, about the setting of Scarlet Nexus, on the occasion of our analysis dedicated to the game demo, released a few weeks ago. What we had been able to see, despite the certainly condensed amount of play, was a futuristic world of Brainpunk mold certainly interesting, which had intrigued us and left us in suspense, thanks to a good series of questions.

Well, after spending about forty hours in the company of Yuito and Kasane, the two protagonists of the two stroylines, independent but destined to intertwine in several places, we can draw our own good conclusions, even if they are not quite what we would have expected. But let’s go in order and first do a little excursus, to better frame the setting outlined by the Japanese team.

The game takes place in an alternative future, in which technological progress has made it possible to develop a technology capable of exploiting the psychic powers of certain elements, selected from an early age. All to give life to the Strangers Suppression Force, better known as FSE, a military group entrusted to the defense of mankind, threatened (precisely) by Strangers. These mysterious entities feed on human brains, and originate in the Extinction range, a layer of unknown origins that lies above the Earth’s atmosphere.

In the shoes of the two cadets of the FSE, Yuito and Kasane, we will embark on a long journey, which will lead us to discover plots and betrayals, suffer painful losses and, above all, try to save the world from a disastrous future. It all certainly starts on the right foot, also thanks to a writing that, at least in the opening bars, is not lost too much in unnecessary frills, and consciously chooses to throw the player in the middle of the action.

Unfortunately, however, it is the general development of the two stories that leaves much more baffled, precisely because of one script at times really too naive and elementary, unable to properly introduce the various twists. Very often, in fact, events seem to follow one another automatically, almost as if the player had no weight in the economy of the narrative. It is true that, speaking of an action RPG, we are in the presence of a story driven title, but for this reason it is reasonable to expect a level of writing aimed at not making the player feel a mere spectator of situations that happen because yes.

And it is a real shame, given that the ideas put on the plate by Scarlet Nexus they touch on topics that are anything but trivial, ranging from controlling the masses by means of the media, to racism and discrimination. A world, the one in which we find ourselves wandering, which under its sometimes perfect surface, hides dark secrets, which would have deserved to hit the stomach and psyche of the player more effectively. 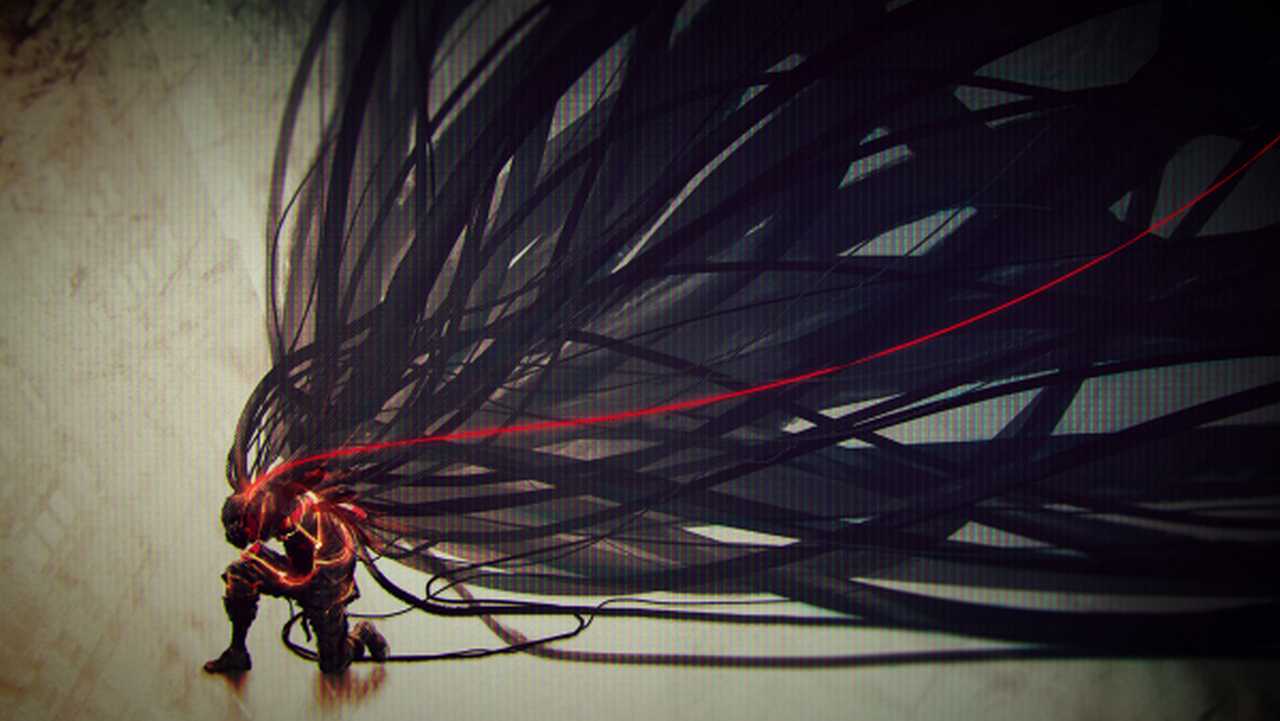 Hey, give me a hand – Scarlet Nexus review

Where the playful situation rises significantly it is relatively to the pure gameplay, which it has in combat system the most prominent element, even if it too is weakened by some decisive imperfection. As already anticipated in the preview phase, the game is based on an action-style approach, in which it is strong the legacy of the Tales of series (it is no coincidence that the developers are the same): the fights take place in real time, with Yuito who will focus everything on close combat, while Kasane will prefer a ranged approach.

A kind of mix tra Astral Chain (also recalled by general aesthetics) ed un Devil May Cry, although the mechanism devised by the team in force at Bandai Namco cannot boast the same level of precision and effectiveness. Especially using Kasane, in fact, one emerges certain imprecision of the various collisions, which sometimes leads to useless beating of the void, as in the case of mid-air attacks. Fortunately, at least at the standard difficulty level, the title is not excessively punitive, and allows you to remedy a few missed shots without too many worries. And if you need help, these are our tips to better face the adventure. 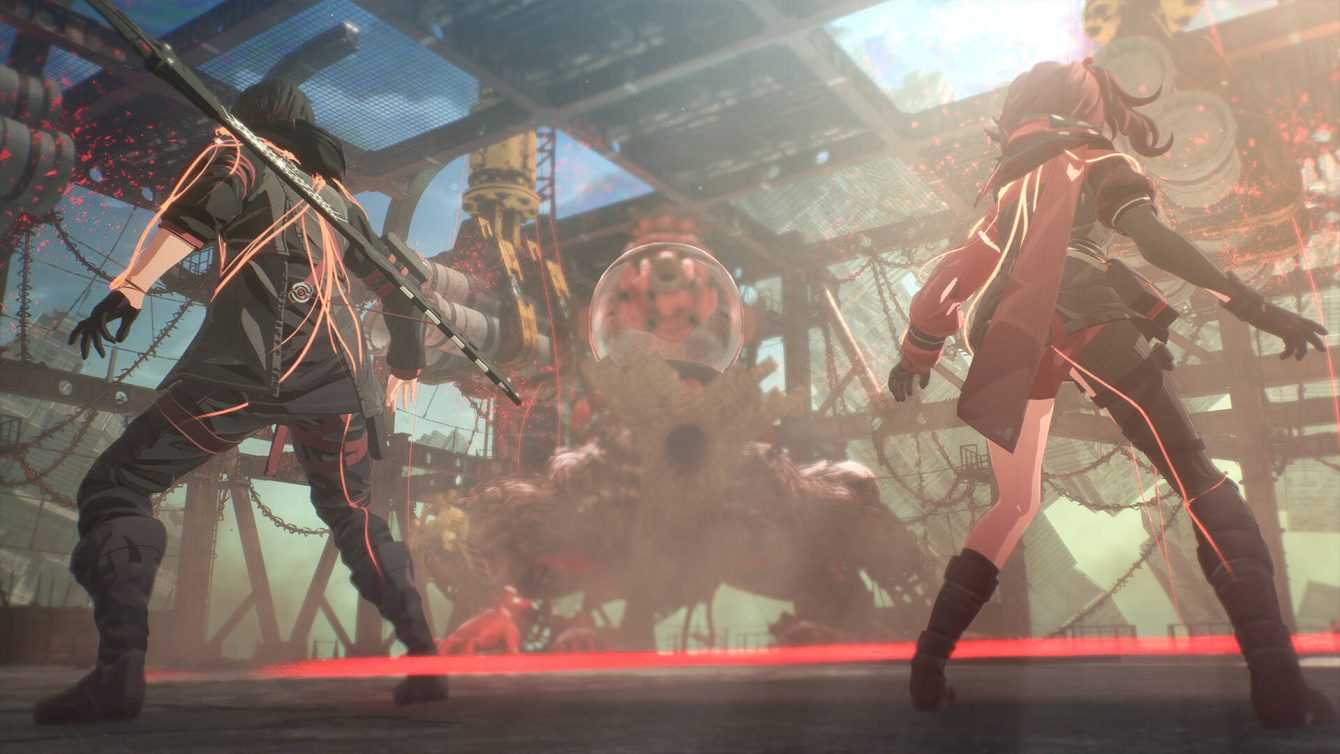 The most interesting aspect of the fight phases, however, is represented by theuse of psychic powers under the FSE: both Kasane and Yuito, in fact, will be able to exploit their psychokinetic ability to throw the numerous interactive objects that embellish the stages, giving life to combat sequences that recall the Control di Remedy. It will also be possible also take advantage of the skills of our teammates, which in addition to automatically fighting alongside us, will allow us to expand our range of moves: electric or fire attacks, super speed, invisibility and duplication, just some of the effects that we can combine with our abilities, and it will be up to us to choose from time to time the best strategy to get the better of Strangers.

From a certain point of the adventure, moreover, we will be able to combine two or more effects, giving life to more and more spectacular and lethal shots. To complete the picture of the offensive possibilities we have the Brain Drive, a state that will amplify attack and defense, to which is added the Neural Field, a sort of parallel dimension, in which we will not be able to stop for too long (penalty the game over) and which will amplify our psychic abilities in an impressive way. In short, a sort of special attack to always use at the right time. 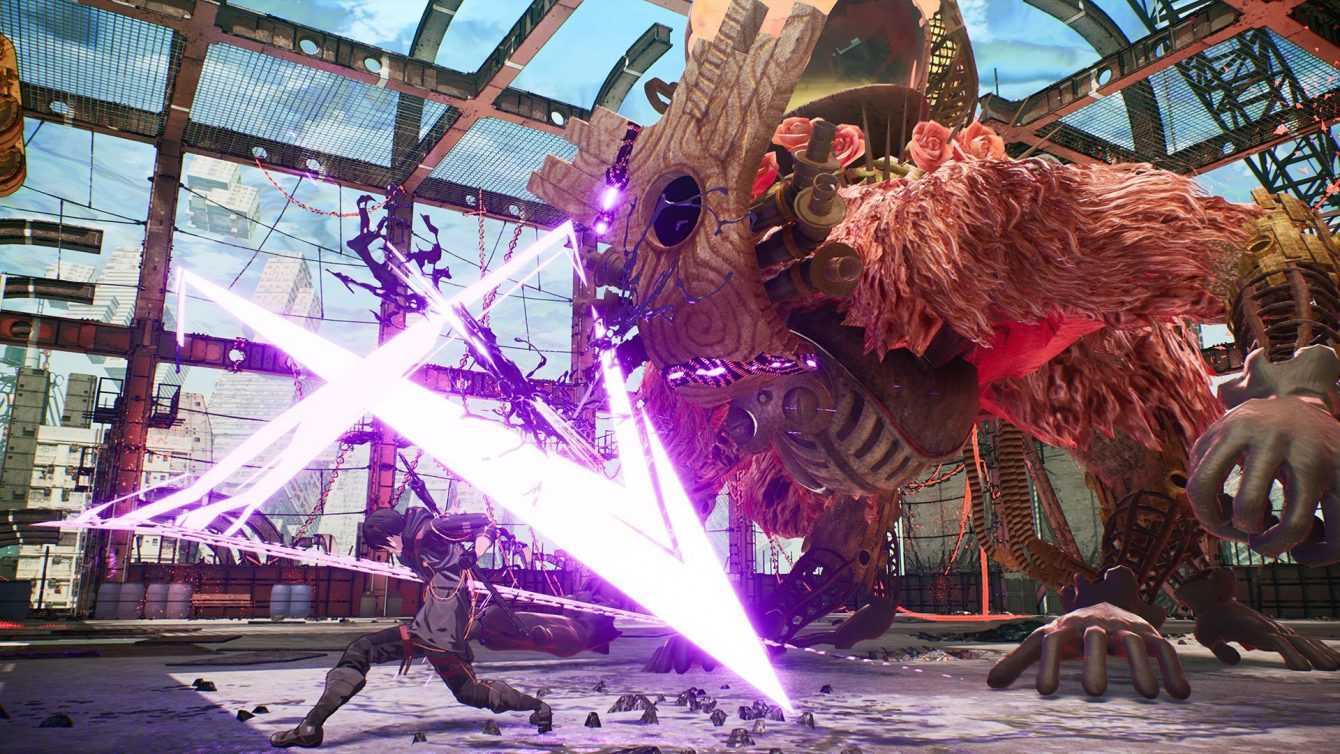 It is therefore easy to understand how this is precisely the strength of Scarlet Nexus, which despite a consistent initial chaotic rate, once we get used to these mechanics, will always be able to offer exciting and frenetic clashes, in which a pinch of tactics is never lacking. Obviously there is no missing growth system of our character, through a Neural Map in odor by Spherography, which at each step of the level will allow us to increase our power. Where the game appears more sacrificed, however, is on the front of the equipment, indeed present in a very small quantity to make a difference in terms of build.

However, we do not live by fighting alone, since at the end of each chapter we will have the opportunity to deepen the bonds of friendship with our teammates: through some moments in visual novel style (with some small drift more action) it will be possible to expand the level of affinity with the companions, so as to increase their effectiveness in battle and also get additional secondary attacks.

They will also be essential sections to dissect the various personalities who, although very stereotyped, will not spare some characterization surprises. On the other hand, the various secondary missions that we can unlock during the main quest, which will almost always translate into small tasks to be achieved in combat, and which will reward us with objects that we can easily find also through the shop present in the various checkpoints, are neglected. 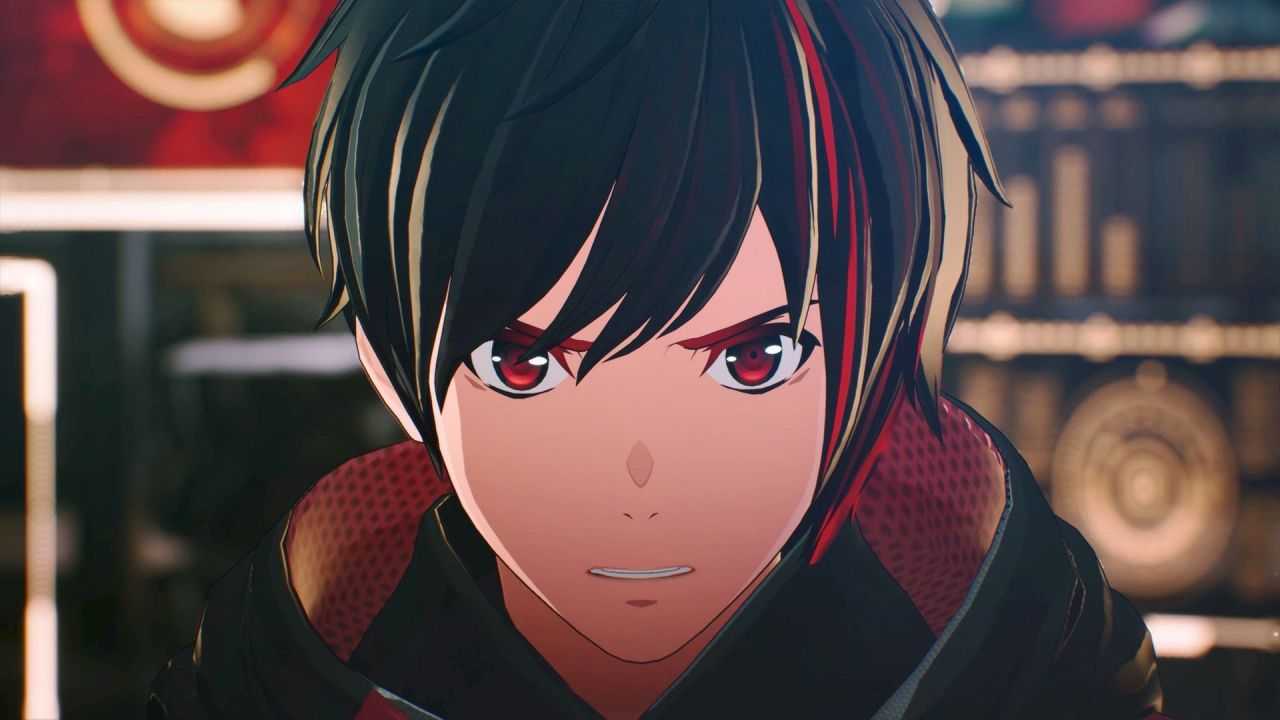 The cross-generational nature of production Bandai Namco is evident, as is the certainly not stellar budget made available to the development team. This translates into a technical sector that is certainly not at the forefront (even on Series X, where we did our test), in which the negative decidedly raw nature of the various game environments. Characterized by a general modeling widely subdued, as well as weakened by textures that are not always excellent and by a marked pop up, the various levels also sin on the side of pure design, which will result in an almost infinite series of simple corridors, with the exploration reduced to a minimum.

The recycling of assets and geometries is also evident, with very few stages that will be able to catch the player’s attention. What saves the overall visual picture, therefore, is production style, which although taking inspiration from other works (think of Ghost in the Shell ed Evangelion, in addition to the already mentioned Astral Chain), manages to patch up the flaws just highlighted.

The higher production levels, therefore, are to be found in character design of monsters and characters, endowed with a personality and a care of realization that are certainly greater than the rest. Too bad for the almost total absence of cinematics, sacrificed on the altar of static screens, certainly well done, but certainly not able to amaze in the same way. Excellent without reservations, however, the audio sector, which between excellent dubbing (both in Japanese and English) and a never intrusive and effective soundtrack, will delight the ears of the players. Furthermore, everything is excellently subtitled in our language, which never hurts. 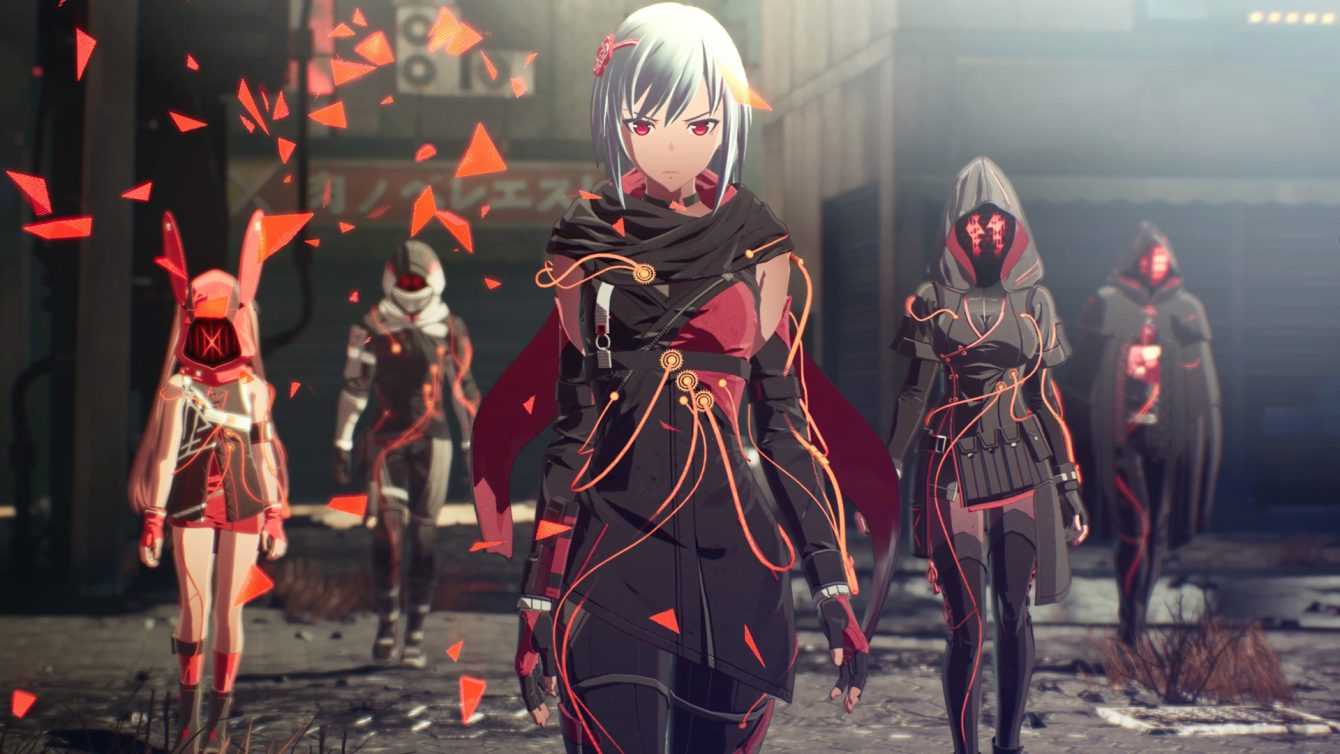 With a cool head

At the end of the review, the question arises: we liked this Scarlet Nexus? The question, however trivial, does not have an equally simple answer. If on the one hand the production Bandai Namco has shown that he has some good insights to put on the plate (think of setting and combat system), on the other hand he gets lost in some too much naivety, proposing a script that is not always effective and a management of the clashes at times confusing.

What remains, after concluding the narrative arcs of Yuito e Kasane, it is certainly an interesting game world, which we hope will present itself in a more dazzling form in the event of a possible follow-up (there are still some questions to be clarified). Surely we are talking about an honest game with very good potential, which pays only the price of a production budget certainly not top of the class, but which still hides a well-defined soul under its roughness.

This concludes our analysis of this peculiar Japanese action RPG, therefore we just have to invite you to share your impressions thanks to the section …