Shin Megami Tensei III Nocturne HD Remaster, the remastered of one of the most famous Atlus titles, is finally available

What begins as a normal day in Tokyo turns out to be anything but that when the is invoked Conception, an ethereal apocalypse. The remnants of the world are engulfed in chaos while a demonic revolution descends on a destroyed city. Trapped between one battle of gods and demons, the choices you make can bring life, rebirth or death, as well as determine who will triumph.

It is night one of the most popular Atlus titles ever and now even those who have never had the opportunity to play it will finally have the opportunity to try it. This is because from today Shin Megami Tensei III Nocturne HD Remaster is finally available on PS4, Steam and Nintendo Switch.

Many improvements in the Shin Megami Tensei III Nocturne Remaster

Nocturne was released for the first time a full 18 years ago but now thanks to the remastered you can play it in a much improved guise. This version features fixes and patches implemented directly from the Japanese version of the game. There will also be one patch day one to download which will apply further corrections. Below you will find some of the feature principali included in this remastered:

SEGA and Atlus also revealed the additional content featured in the new one Digital Deluxe Edition. In addition to the base game, this edition also includes a pack containing several songs taken from some of the most important chapters of the series, il Mercy and Expectation Map Pack and the possibility to selectand a new simplified difficulty level. Also included will be the Maniax and Chronicle packs that will allow you to have them in your game Raidou from the Devil Summoner series and Dante from the Devil May Cry series!

Shin Megami Tensei III: Nocturne HD Remaster è now available for PC, PS4 and Nintendo Switch. If you are interested in staying up to date with all the news on the world of video games and much more, then continue to follow us here on TechGameWorld.com. Furthermore, in case you want to buy some games at an advantageous price, we suggest you take a look at the many offers on Instant Gaming. 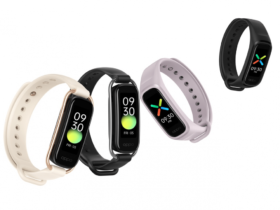 Rumor: other confirmation that Starfield will not arrive on PS5?