Thanks to a short clip posted on Twitter we can take a small additional look at the gameplay of Sifu, the new work of SloClap

The transalpine boys of SloClap showed, through a post published on the official Twitter account of the production, a new taste of Sifu gameplay, the game announced last February. To satisfy the requests of the fans, the clip in question shows us the protagonist of the title intent on fighting enemies, inside an art gallery. We can thus have a little taste of the combat system of the game, which will allow us to push enemies to the side, but also to throw them and then hit them, before defeating another opponent thanks to a counterattack.

Sifu shows us some new gameplay

If the mechanism that regulates the clashes may seem familiar to you, it is because the boys of SloClap have already made another fighting title, Absolve, albeit with a more generic plot than the team’s next work. Sifu, in fact, will be an adventure more focused on history, and will feature a young kung fu student, who will venture into different areas of the city in search of revenge. Ranging from the most infamous suburbs to the most exclusive skyscrapers, it seems that our hero will only have one day to complete his mission, but no further clarity has yet been made in this regard.

In addition to hand-to-hand combat, the player will be able to use the environment to its advantage, thanks to the ability to throw objects, or use them as improvised weapons. Furthermore, as the adventure continues, new techniques and skills will be learned, so as to simplify the clashes.

The game is currently slated for release for the current year, in the versions PS4, PS5 e PC, via the Epic Games Store. Of course, we at TechGameWorld.com will not fail to present further details on this as soon as we know more.

In the meantime, we invite you to take a look at Instant Gaming, where you can find many games at a discounted price.

WebSite X5 Go: here’s how to get 10 more templates for free 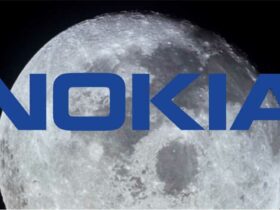 Nokia and NASA together to bring 4G to the moon