Genshin Impact’s pipes are leaking from all sides: today’s new leak contains the first three islands of the Inazuma region

Never let it be that Genshin Impact you spend too much time showing yourself in a new one leak: the Inazuma region is part of the new surprises that emerged today. It is not just what we now know about the next update of the title which has become increasingly popular, but now it is almost official: version 1.7 could bring with it the first islands of the archipelago from which Kazuha also comes, which will be distributed in stages ( archipelago, not Kazuha). Now the updates are separated by only a month and a half between one and the other, and now the next stage of the MiHoYo “roadmap” is getting closer and closer.

The leak comes from Genshin Report, an established source for the Impact leaks, who provided us with the map of the Inazuma region which you can find below. As you can see, only the first three islands they are visible, although they include a lot of information such as event markers and even location names. However, the original leak also included descriptions for the Watatsumi, Seirai and Tsurumi islands, seen in the preview of the “Version 1.6 Special Program”. We list them under the map that emerged online during these hours. 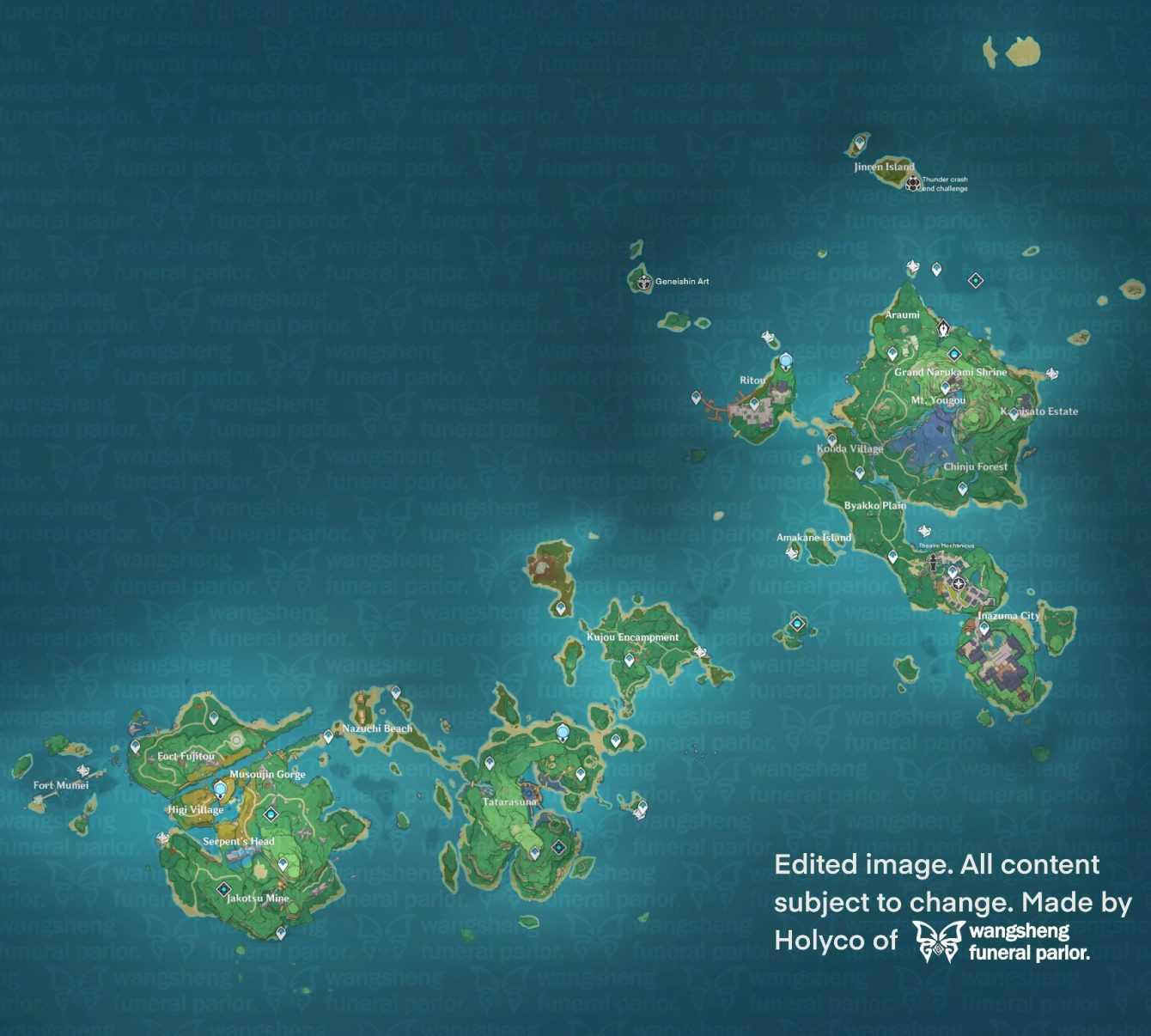 On the island of Watatsumi, the flora grows luxuriantly but does so with more vivid colors than we have seen so far. The island of Seirai instead it appears to have survived a natural disaster, and its center is consumed by an endless storm. Finally, the island of Tsurumi it is shrouded in fog, and has remained unexplored for many long years. The phased introduction will be “through the 2021 patches and early 2022 patches,” so we will have to wait before we see the Inazuma region completed. These days we should still see all the news in a more official way in a livestream.

Now it’s up to you to tell us yours: what do you think of the leak? Let us know below, and as always don’t forget to stay on TechGameWorld.com for all the most important news for gamers and more. For your purely gaming needs, you can instead find the best discounts in digital format on Instant Gaming.