It seems that Konami is determined to revive the series Silent Hill: Details about other games were provided in a recent interview (including Silent Hill 2 Remake and the relative history), failed stocks and more. In an interview with IGN Japan, the producer of the Silent Hill series, Motoi Okamotoil concept artist e designer di Pyramid Head, It’s awesomeand the composer Akira Yamaoka they talked about a considerable amount of topics regarding the history of the game and its future. For example, it seems that the general consensus from Konami is that the company’s developers have been wanting to bring the game back for some time:

The Silent Hill series has been dormant for quite some time. Konami as a company wanted to bring it back, and many people who work here wanted to make Silent Hill games. The only problem was that everyone had different ideas about what Silent Hill was and why they loved the saga, thus making it difficult to pursue a single creative direction.

Silent Hill 2 Remake: here are the new details on the story

Okamoto went on to explain that while everyone had different ideas about the series, bringing it back with a remake of Silent Hill 2 it was due to the fact that that particular title represented “what true psychological horror is all about”. The producer also noted that there were some projects that “never got off the ground” but believes that “the number of projects in the works will continue to grow. The fact that we were reviving Silent Hill was a secret until now, so we couldn’t exactly go out and yell, “Hey! Bring us your ideas on the Silent Hill saga!>>. Now we can do it, so if creators from all over the world who love Silent Hill bring us their projects, I promise to go through them all. We are all ears.” Basically, developers who have a good idea for a Silent Hill game can submit it to Konami.

Both Ito and Yamaoka worked on the original Silent Hill 2hence their involvement in the remakeand was also asked how it was working on the game and related history. Ito spoke about the influence of Lost Highway by David Lynch and revealed that at one point James would not be the only protagonist. “There was a period where we were heavily influenced by this idea of ​​having a twist where the protagonist suddenly changes mid-game,” Ito explained, although it ended up being decided to just focus on James for don’t confuse the players. 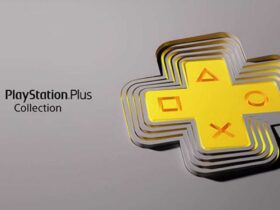