The guys from Full Circle have, keeping to their word, have released a video teaser behind the scenes of their long-awaited Skate 4

Yesterday we told you how Skate 4 will miss the appointment with the EA Play Live 2021, but always in the same news we indicated how the guys from Full Circle, despite the absence during the streaming event, they promised to spread some small news about their awaited game. And since every promise is a debt, the tram has really been up to its word, and has very recently spread a short video teaser behind the scenes, which although it does not show gameplay scenes (the title is still in the preliminary stages of development), does give a glimpse of something regarding other aspects of the production.

Skate 4: video teaser dedicated to the behind the scenes of the development

Among the elements to strike the most attention in the video, which we propose in the news, we have some scenes dedicated to the motion capture process, in addition to comments related to the open world nature of the game, which makes it simile a Skate 2. Other aspects of the video hint at the possibility of playing together with other people, so as to do hypothesize the presence of some multiplayer component (competitive and cooperative). In short, it is really a little taste of the game, but we still advised you to keep expectations low around the surprise that the members of Full Circle.

And nothing more will be revealed by Electronic Arts itself, which already in the course of an interview with PC Gamer, through a spokesperson for the company confirmed that the game is still in the early stages of development, and therefore it is not possible to overrule the confirmation of any features. Therefore, to confirm all the suppositions supported by the fans, which range from the presence of the always online to multiplayer, it will be necessary to wait for some official communication.

Satisfied with what Full Circle has unveiled? Let us know yours via the comments section, here on TechGameWorld.com, perhaps after having also taken a look at the offers on Instant Gaming. 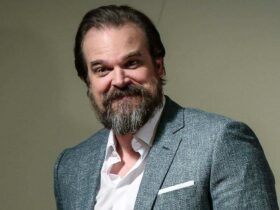