Windows 10 is suffering from an annoying problem related to slow copying of files. Finally a bug fix from Microsoft arrives

Windows it is certainly the most popular operating system in the world, we often mention it in our articles, but we know very well that the home product Microsoft is often affected by annoying bugs. One of the most common is the slow file copy on Windows 10. Have you never encountered this problem? Then you are among the lucky ones! But if you belong to the unfortunate users afflicted with this bug, then what you are about to read will surely interest you.

What’s new in the update

We fixed a rare issue that prevented the Microsoft Excel o Microsoft Outlook. We fixed a memory leak problem affecting systems Windows in use 24 hours a day every day of the week. An issue affecting the behavior and shape orientation of one of the mouse cursors for has been resolved Microsoft Defender Application Guard (MDAG), Microsoft Office e Microsoft Edge. This problem occurs when activating a virtual graphics processing unit (GPU). The Redmond multinational also claims to have fixed an issue where the deduplication driver of Microsoft consumes large amounts of nonpaging pool memory. As a result, this exhausts all physical memory on the machine, causing the server to hang. And finally, they claim to have solved the irritating problem related to slow file copy on Windows 10.

We fixed a problem that slowed file copying. We fixed an issue that could cause a system to stop responding when a user logs off if Microsoft OneDrive is in use.

The next patch cycle will take place on June 14, with all releases of the Windows to get new updates. So, if you encounter this problem on your operating system, take a look at yours shortly Windows Update.

And you have encountered this problem? Let us know with a comment and always stay tuned to TechGameWorld.com receive the latest news from cyberspace! 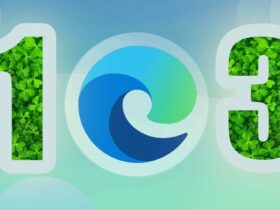