Sony today launched HT-A9, the new frontier of surround sound, designed to live an unprecedented immersive experience made possible by the new 360 Spatial Sound. HT-A9’s revolutionary 360 Spatial Sound spreads sound to every corner of the room. The intelligent system Sound Field Optimization measures the height and position of each of the four speakers and, based on the position, synthesizes the sound waves in order to create the effect of 12 virtual speakers, generating three hundred and sixty-degree audio.

With the new HT-A9 system, sounds take on a new dimension. The “ghost” speakers, which surround the viewer from all sides within an optimized sound field, reproduce the sounds of animals or gusts of wind with such intensity as to transport them to the center of the scene. Thanks to the “ghost” speakers, the spatial sound field becomes wider and more enveloping than ever. HT-A9 is also compatible with Dolby Atmos and DTS: X formats, to experience the emotions of cinematic surround sound directly in the living room. 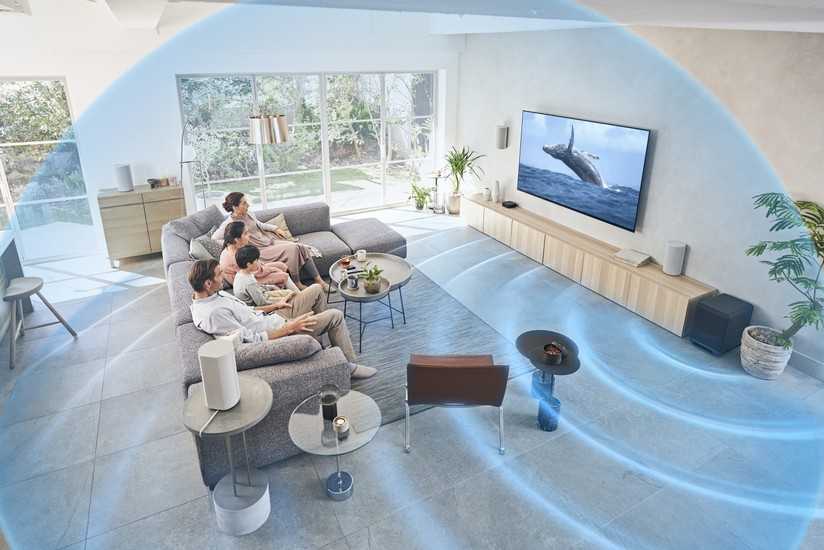 With HT-A9, there is no need to move furniture or speakers: through two microphones integrated in each unit, the tecnologia Sound Field Optimization it calculates the height and position of the speakers and automatically generates 12 virtual ones, placing them in the ideal spots to fill the room with the immersive audio of 360 Spatial Sound. To activate Sound Field Optimization, simply perform the quick setup from the TV main menu at any time, when you install the system or even after months. The connection between the four speakers and the central unit is wireless, to avoid the presence of annoying cables in the living room.

HT-A9 is designed with cutting-edge technologies capable of achieving sound quality at the height of 360 Spatial Sound Mapping. The speakers are equipped with unità X-Balanced Speaker which, having a rectangular shape, widen the diaphragm area to the maximum to emit fuller bass, without however penalizing vocal clarity and sound pressure. The new Wide Directivity Woofermoreover, it limits the cavity effect, minimizing the thickness of the concave shape. In this way, the tweeter da 19 mm with soft dome it emits crystalline and natural sounds at high frequencies which, added to the audio emitted by the speakers oriented upwards and reflected from the ceiling, create a 100% immersive effect. The edges of the speakers are also beveled to reduce diffraction.

The addition of an optional subwoofer to manage the low frequencies allows the system to deliver powerful and impressive bass. Two models are available, both designed to enhance low-range notes, vocal clarity and sonic fidelity: the subwoofer SA-SW5 emits 300 W of intense and deep sonority from a 180 mm driver with passive radiator, while the subwoofer Bass Reflex compact SA-SW3 has a power of 200W and a 160mm driver. 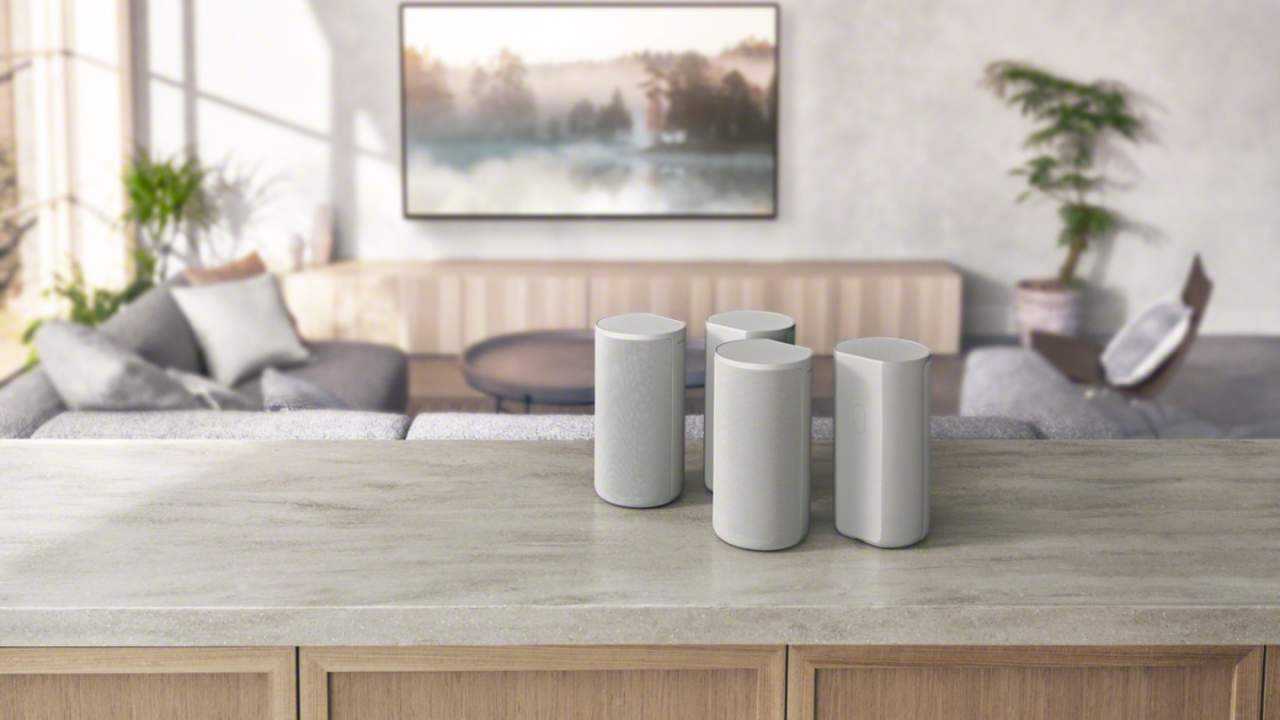 With speakers of this caliber, the music reaches extraordinary levels. If High-Resolution Audio reproduces songs exactly as the artist imagined them, the innovative 360 ​​Reality Audio delivers an immersive experience, giving the impression of being at a live concert or recording studio. 360 Reality Audio content can be enjoyed on Amazon Music HD, Deezer, nugs.net and TIDAL platforms. The speakers also make use of the DSEE Extreme technology, which uses artificial intelligence applied to the source (Edge-AI) to upscale compressed digital files in real time and restore damaged high frequencies, offering a complete and satisfying listening.

Movies and games seem to come to life with the HT-A9 surround sound system. When played through the system Home Theatre HT-A9 the original picture quality of film productions is preserved so that you can fully immerse yourself in the movies. Even the challenges between gamers will be much more exciting and realistic. The HT-A9 system supports 8K HDR, 4K 120 and Dolby Vision formats.

A whole other world with Sony TVs

Connected to BRAVIA TVs equipped with Acoustic Center Sync using the special cable supplied, the HT-A9 combines more immersive audio than ever with Sony’s best image quality. The Acoustic Center Sync function adjusts the sound output based on the images transmitted on the screen, to make sure that sounds and voices come from the exact point on the screen where the action or dialogue is taking place. Thanks to the integrated user interface, the menu opens automatically when you connect the Home Theater to the new range of BRAVIA TVs BRAVIA Quick Setting and the fun can begin right away. 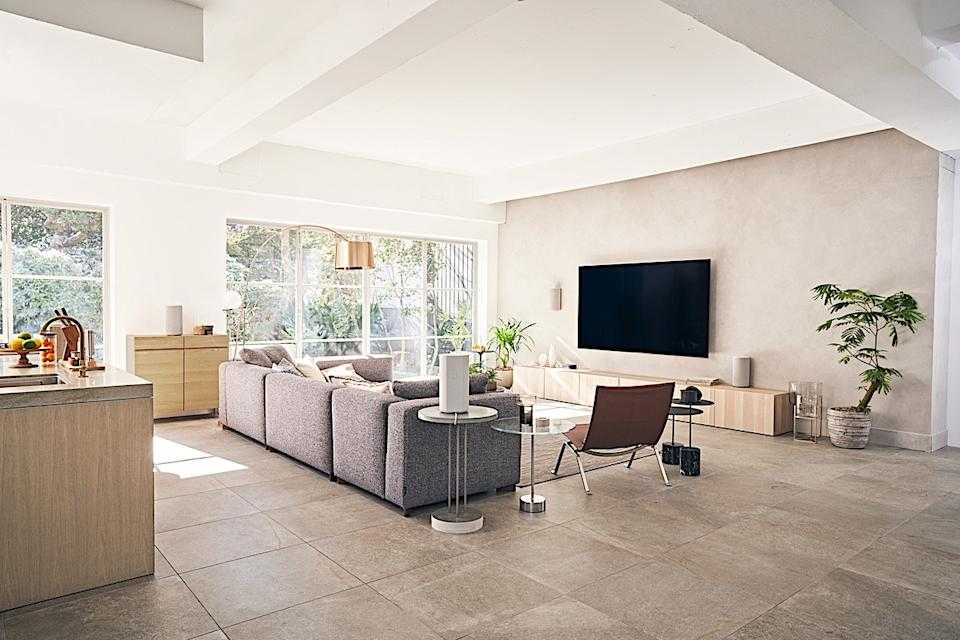 The HT-A9 system supports access to all popular music services, such as Spotify, to stream albums and playlists via Chromecast o Apple Airplay 2. The large listening area spreads the notes throughout the house, so that listening to your favorite songs can become a shared experience with the whole family. The speakers can be connected both to other Bluetooth devices and to the internet with the integrated Wi-Fi connection, to transmit tracks directly from online services or from other devices on the network.

HT-A9 is compatible with devices with Built-in Chromecast that support Google Assistant and with devices that support Amazon Alexa for a stress-free experience. Simply add the HT-A9 to your speaker group using the Google Home app to start music playback, adjust the volume or manage many other functions via voice command.

HT-A9 is an example of the new design “Omnidirectional Block”By Sony: the cylindrical structure is a single compact block designed to create a 360 ° sound space and is flat on the back, so that it can be placed against the walls. The pearl gray hue blends seamlessly with walls, shelves and furniture. 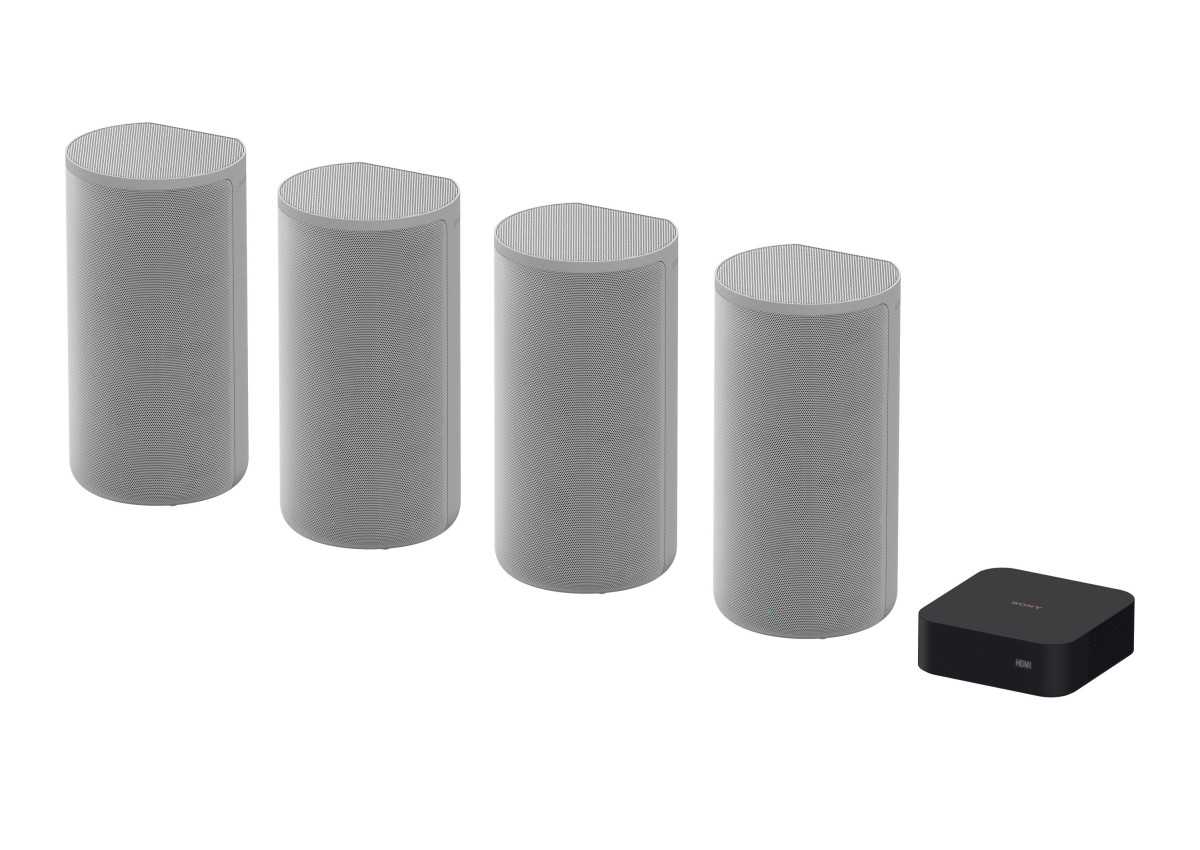 Installing HT-A9 couldn’t be simpler. The surround sound system is practically ready to go: once unpacked, simply plug in the power supply, connect it to the TV via the HDMI socket and switch it on. HT-A9 system, optional SA-SW5 subwoofer and optional SW-SW3 subwoofer will be available starting from September 2021. All the details are available on the official website. That’s all from the hardware section, keep following us!

Days Gone: where to find and how to reach NERO research sites

Resident Evil Village: here’s where to find the 4 Masks of the Angels 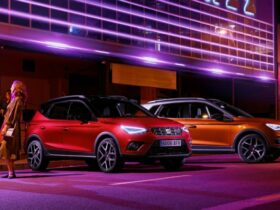 Amazon Alexa and Fire TV: together to follow the Tokyo 2020 Olympics

Alexa Live: here are the new features for developers

MicroSD Lexar Professional 1066x: per i video in 4K