We’re finally here: after months of waiting, rumors and leaks, the Spider-Man No Way Home trailer is finally out

It seemed impossible, but we did it. Sony’s marketing campaigns must have thought this after releasing the trailer. After months from the announcement of the release date, with only a few official photos in hand, some shots stolen from the set and a thousand voices, the teaser trailer of the third chapter of Tom Holland’s Spider-Man saga is finally out.

The trailer was released on the Italian night, while in the United States the CinemaCon in Las Vegas, a trade show for insiders. Yesterday, on opening day, Sony took more than 3 hours to talk about upcoming releases. Several dates in the past few months had been listed as a possible X day for the trailer’s release. We went from the day of the end of Loki, to Spider-Man Day, right up to yesterday.

Why was he released this very night? Not only because the hype was such that fans were no longer in the skin to find out more about this film, but also because a leak of the trailer itself had been released just 24 hours earlier. After months in which false and badly realized leaks circulated on the internet, the one from the other night was actually credible, as it did not present scenes already seen and above all the CGI was not yet completed, thus leaving little doubt to the millions of fans who have not could have waited until today. 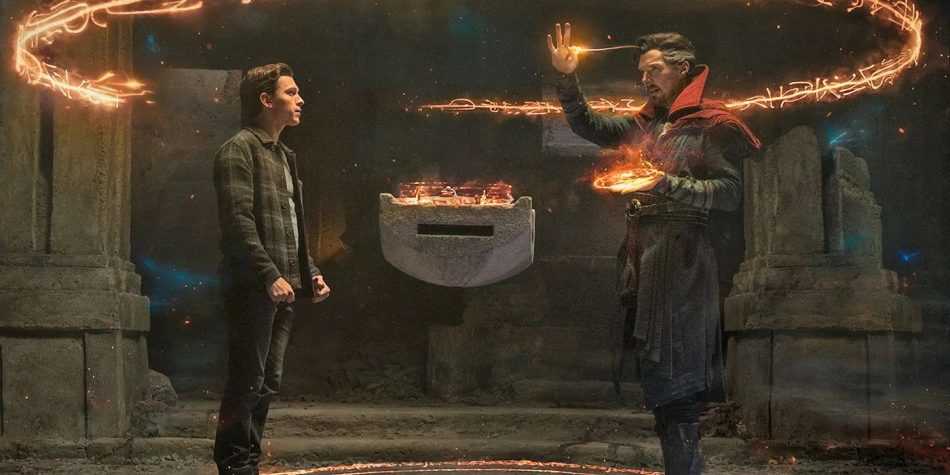 What happens in the Spider-Man No Way Home trailer?

The trailer picks up exactly where we left off at the end of Far From Home. Peter Parker was just unmasked on live television by J. Jonah Jameson and now everyone knows he’s Spider-Man. The protagonist and all those who love him are questioned, because Peter is accused of being the killer of Mysterio, the villain of the previous film.

Our friendly neighborhood Spider-Man then turns to Dr. Strange, who decides to help him, casting a rather unusual spell. Peter wants no one to know about Spider-Man’s true identity and Strange must have complicated things a lot in pleasing him. In fact, in addition to the effects of the sorcerer’s magic, recalling the style of his stand-alone film, we also see traces, more or less veiled, of characters already known to Spider-Man fans.

Not wanting to provide any more spoilers, I’ll stop here. But I invite you to watch the trailer for yourself, and try to hold your jaw when it falls to the ground, more or less towards the end.

Did you pull up your jaw? Perfect, now help me with mine, who hasn’t wanted to get up for hours for hours.

What do you think of this teaser trailer? Did it surprise you? Did you expect more? Will we see any other new / old characters in Spider-Man No Way Home? Let us know in the comments!

Are you looking for new movies and new TV series to watch? Discover the new subscription to Disney +, the streaming home of Disney, Marvel, Pixar, Star Wars, National Geographic and now Star too. Subscribe now for only 8.99 euros per month on this page.