Several days have passed since Direct, but Nintendo has not wasted an opportunity to reveal other news on its exclusives, first with Pokemon Legends: Arceus, and now with the weapons and stages of Splatoon 3

While there is still a lot of time ahead of us before we can start playing Splatoon 3, Nintendo is going wild in the days following Nintendo Direct, with new information regarding the gameplay, locations and weapons available within the new game. Through various tweets, Nintendo has shown the latest news regarding the weapons and stages present in Splatoon 3, and it is not certain that they will stop releasing them in the following days. So let’s go to “flesh out” the latest news provided via Twitter.

Art museums, Fixed weapons and a secret identity in the new features of Splatoon 3

Among the innovations present in Splatoon 3 we have special weapons, as well as a refined-looking stage, called the Museo d’Alfonsino. It is a museum with numerous contemporary works, located within Inkopolis. It will also be the place where players will be able to fight each other in Territory Wars, inevitably giving vent to their creative abilities, producing further pictorial works.

The Museum d’Alfonsino is situated in Inkopolis. A sophisticated transport network makes it possible to join Turf Wars there. This expansive museum houses countless works of contemporary art. pic.twitter.com/ef3OjInfXW

Also thanks to the series of tweets full of news, let’s take a look at the weapons of Splatoon 3: the first has the name of “Big Bubbler”. It would be a modified version of the special weapon that was used earlier in Inkopolis, but the difference is that it has been positioned in a fixed way, so that it can have more power. In addition, it also has larger size, and will be quite useful for protecting a large area through a large bubble barrier.

The second Splatoon 3 weapon that is introduced allows you to transform into the Zipcaster stealth warrior. The ability to stretch and “stick” of the tentacles will allow you to “zip” in any direction you want to go. When you finish using it, you will be transported back to the place where it was originally worn: after all, identity is a precious aspect to protect, and, as Nintendo says in the tweet, “That of a warrior is a lonely road”.

For now, this is the latest information released for Splatoon 3, a game scheduled for 2022, but of which we already know a lot thanks to the trailer presented last week. Stay on our website TechGameWorld.com for more updates, and check out the Instant Gaming store for discounted games.

InkPad 3 Pro: here is the new eReader to take anywhere 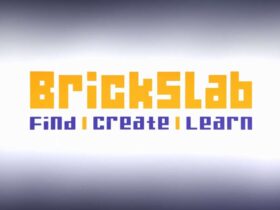