The announcement of a new Star Wars game could be imminent, much to the delight of fans of the saga. Let’s find out more in this news

In recent times, Star Wars seems to be experiencing a new youth. The release of a new trilogy (which seems to be followed by other cinematic incarnations) was only the first step towards a mighty relaunch of the brand, by Disney. To the delight of fans, Star Wars continues to be more alive than ever and, it seems, the announcement of a new game could soon arrive to take us once again to a galaxy far, far away …

The world of video games, as expected, has not remained indifferent to the relaunch of Star Wars, but on the contrary in recent years we have seen the release of some of the best titles dedicated to the famous sci-fi saga. From the rebirth of the Battlefront series, up to the recent reveal of the remake of Knights Of The Old Republic, passing through the very successful Jedi Fallen Order (here our review), the gamers who love the saga have certainly not remained dry-mouthed, and things seem destined to last. 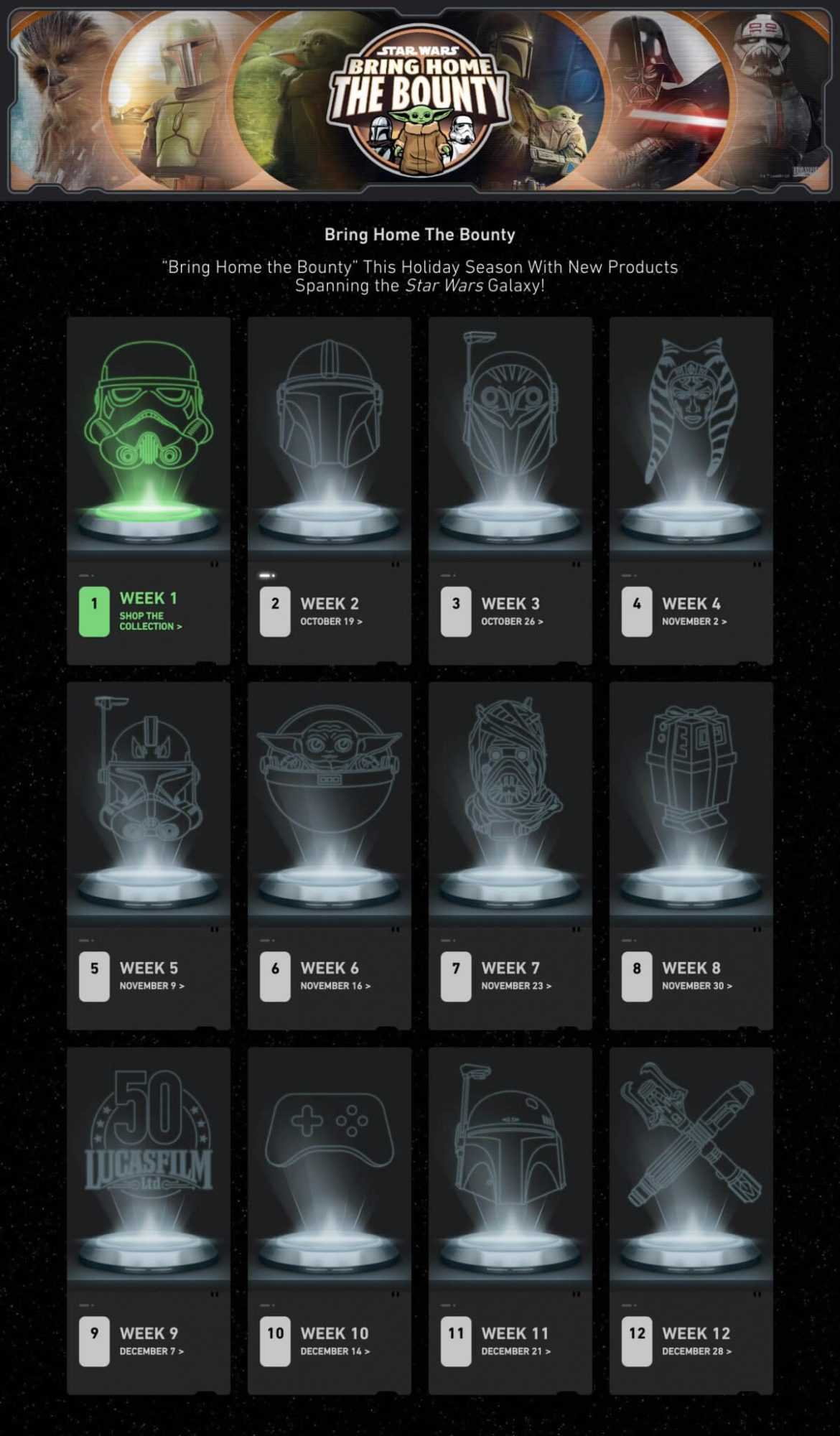 It is in fact the recent marketing campaign “Bring Home The Bounty” to arouse some interest. For the latter, Disney and Lucasfilm have published a sort of calendar in which all the dates of the next Star Wars-themed announcements have been marked, from now to the end of the year. These advertisements will deal with articles of various kinds (books, toys, etc.). What aroused the curiosity of fans is the image accompanying the announcement of December 14, which seems to want to suggest a new game set in the universe of Star Wars. Obviously all this is by no means a certainty, therefore it will be necessary to wait until the established date to find out more.

What do you think of it? Are you a Star Wars fan and are you looking forward to December 14th? Let us know in the comments and stay tuned to TechGameWorld.com for all the news about it. To buy video games at a discounted price, we recommend that you take a look at the Instant Gaming catalog.