The release date of the next expansion of Star Wars: The Old Republic, Legacy of the Sith, was revealed during a livestream with the development team, will be the December 14. The livestream also showed upcoming content for
Legacy of the Sith, which includes story-related content to uncover the renegade Sith’s final plan, Darth Malgus, fighting styles that further enhance player options, and a variety of quality of life upgrades.

Star Wars The Old Republic: confirmed the release date of Legacy of Sith

The launch of Legacy of the Sith marks the beginning of the celebration of the 10th anniversary of the game, which will run throughout 2022. The expansion will arrive on December 14th and promises to introduce a lot of new features within the game for fans to celebrate.

The latest Legacy of the Sith expansion will continue to build on the massive and dynamic storyline of Star Wars, sending players on a military campaign to secure a vital planet for their faction as they uncover the Sith renegade’s final plan. Darth Malgus.

In addition to new story content and challenging missions to pursue alongside friends and other players, the expansion features a number of gameplay enhancements with new features and fighting styles that increase player options and a variety of quality of life updates.

The release of Legacy of the Sith marks the beginning of the game’s 10th anniversary celebration, which will run throughout 2022 and will introduce new content, events, updates and more. You can check the details more specifically on the official website of the game, where there is also the full version of the developers’ livestream.

For the occasion, a video celebrating 10 years of support for the game was also published. 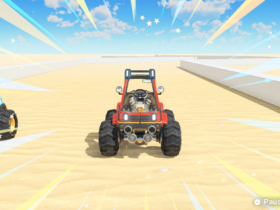 The LEGO Store in Milan is organizing a special event for the LEGO Star Wars AT-AT set!