Netflix has released the trailer for the new Italian reality show Summer Job, also revealing the competitors. Let’s find out what it is

Il December 16th a new all-Italian reality show will debut on Netflix. It’s about Summer Job, a brand new program, available to anyone who subscribes to the platform. The show will be presented by Matilde Giolifamous for her role as Valentina in Futurawho will accompany the contestants and the public for 8 episodes.

What is it about?

The new format will have as protagonists 10 contestantsbetween 18 and 23 years old, revelers and not inclined to work, chosen to spend a memorable vacation on the Riviera Maya, Mexico, immersed in the comfort of a heavenly villa. However, the fun will not last long, just long enough to discover that, in order to continue their dream journey, they will have to learn to do something they have never done before: to work.

After a first day of total relaxation, they will be forced to earn enough money to continue their vacation. Cornered, they will have to come to terms with the harsh reality and learn to get by, carrying out tasks at some local businesses on the coast. All under the control of very strict bosses, ready to supervise and judge their work. The 10 boys will be divided into groups and will be forced to work as waiters, animal shelter assistants, maintenance and gardening workers. What if they refuse? Of course they would stay without salary, they would run the risk of being eliminated and leaving forever the wonderful mexican villa. The cast of Summer Job

After the release of the trailer, Netflix also revealed to the public who will be the young competitors who will take part in the reality show. Let’s get to know them together: 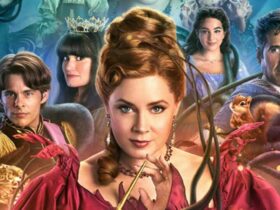