“Good or bad, it’s not the end”: the clash between good and evil will be at the center of the first online rerun of Super Smash Bros. Ultimate

The second replica, after the moving return of “Eye to the glasses”, also represents the first online tournament “Repeated” of Super Smash Bros. Ultimate. Used as a reception for theHero on the roster, this event was also the first competition to boast a thematic skimming. As such, therefore, once again the rerun of the tournament held in August two years ago (!) Will limit access to the highly heroic characters and antagonists on which the roster has wanted to put so much emphasis. In practice, as the title of the competition says, “Good versus bad”.

“First there is right or wrong, to endure” in the Super Smash Bros. Ultimate Online Tournament

It goes without saying that the protagonists of the original Super Smash Bros. Ultimate tournament will also be in this re-release. In fact, they will face each other Mario, Link, Samus, Dark Samus, Chrom, Fox, Bowser, Marth, Baby Link, Ganondorf, Roy, Meta Knight, Pit, Wario, Dark Pit, Bowser Junior, Shulk, Ike, Sonic, King Dedede, Link Toon, Wolf , Mega Man, Ridley, Simon, Richter, King K. Rool and (on the DLC front) the Hero. Contrary to what we saw last week, however, the new content previously excluded will be able to participate. Ironically, the two representatives of Square-Enix, Sephiroth and Sora, are added to the skimming. 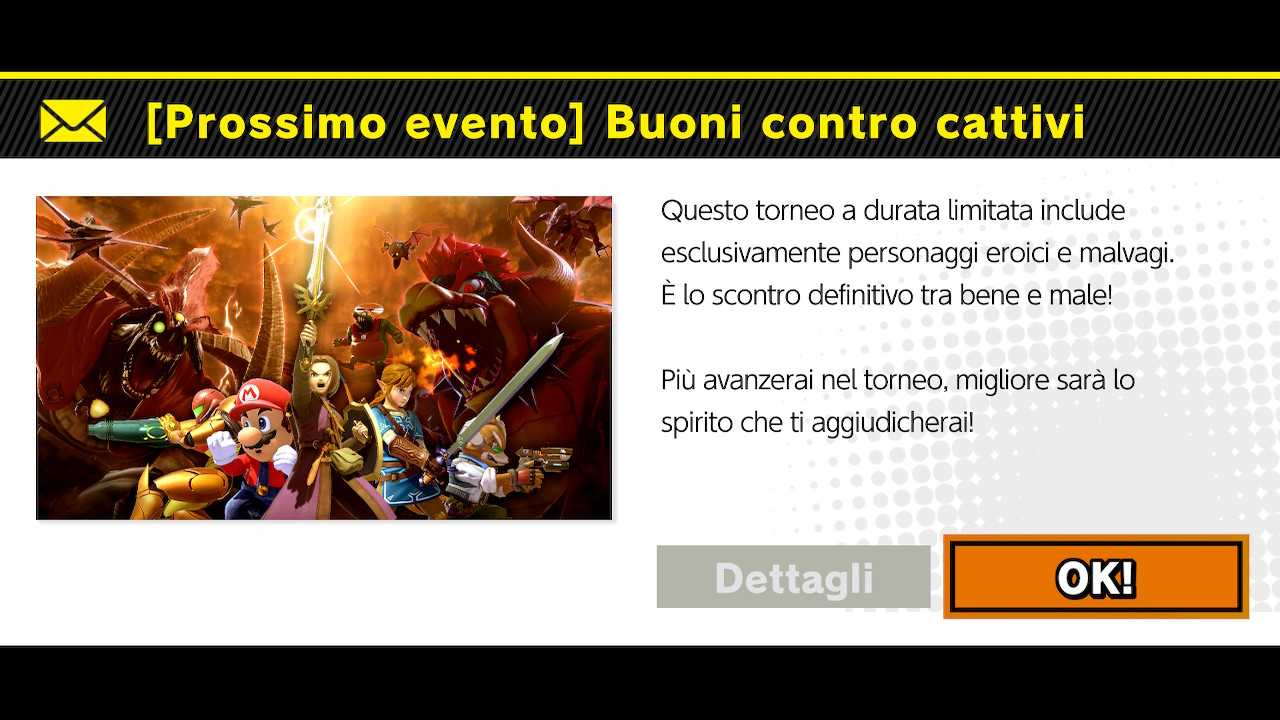 the rules they are the ones you already know well by now. These will be two-and-a-half minute timed scrums, with average (“enough”) instruments appearing and Final Smash Gauge active. You have two days to reread the guide, because the dances will open the day after tomorrow. The tournament will in fact be held starting at seven in the morning of Friday 26th November, to then end on Monday 29 at the same time. We reiterate that from this point forward our reportage on the most ambitious fighting game ever could also be redundant, but in the case of reruns with enough differences we will not fail to make us live. Of course, the competitive scene is about to get hot.

Now it’s up to you to tell us yours: what do you think of the “new” event? Let us know below, and as always don’t forget to stay on TechGameWorld.com for all the most important news for gamers and more. For your purely gaming needs, you can instead find the best discounts in digital format on Instant Gaming.