The extra scenario guide is at an end: here’s what you need to know about the six arenas of the second Super Smash Bros. Ultimate Fighters Pass

And finally the time has come to say goodbye: the arene that you will see in this episode are also the last scenarios of the guida a Super Smash Bros. Ultimate. In episodes number 16 and number 17 of the original project you will find the characters that accompany the various scenarios, with the relative prices. In fact, know that the levels included with the game ended last time: today we have fewer locations to talk about, as we are going to dissect the Fighters Pass Vol. 2. As a last appendix (but not necessarily the last guide dedicated to the game), finally, we will talk about the short jumps. 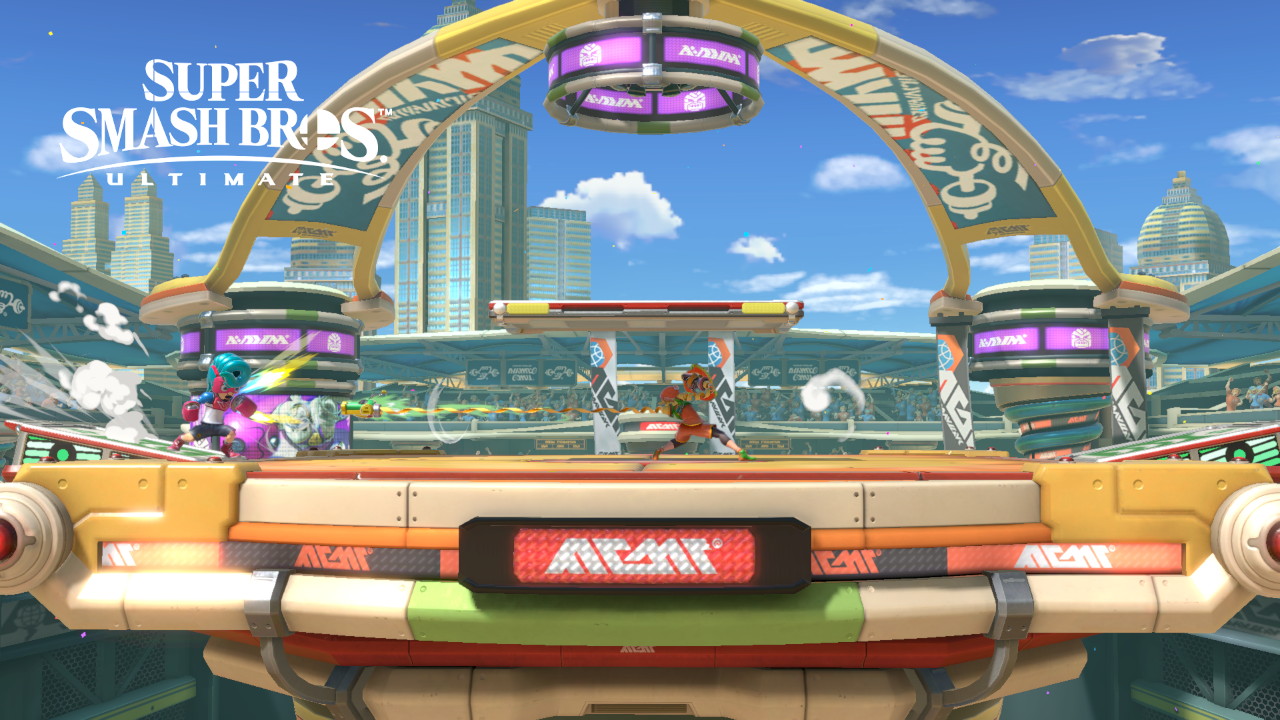 The first of the arenas included with the second Fighters Pass is also the last of the first-party scenarios that we will see in the Super Smash Bros. Ultimate extra guide. Nonetheless, contrary to the collective snorts aroused by Byleth, as a first-party character Min Min has her own ranks of fans and Stadio Boing included with her remains spartan but fun. The main platform boasts two springs on the sides, but these only activate occasionally. At the top of the stage there are also two arches, which can interrupt upward launches. As for the platform that can be crossed in the center of the arena, we will only see it again with the spectacular conclusion of this DLC. 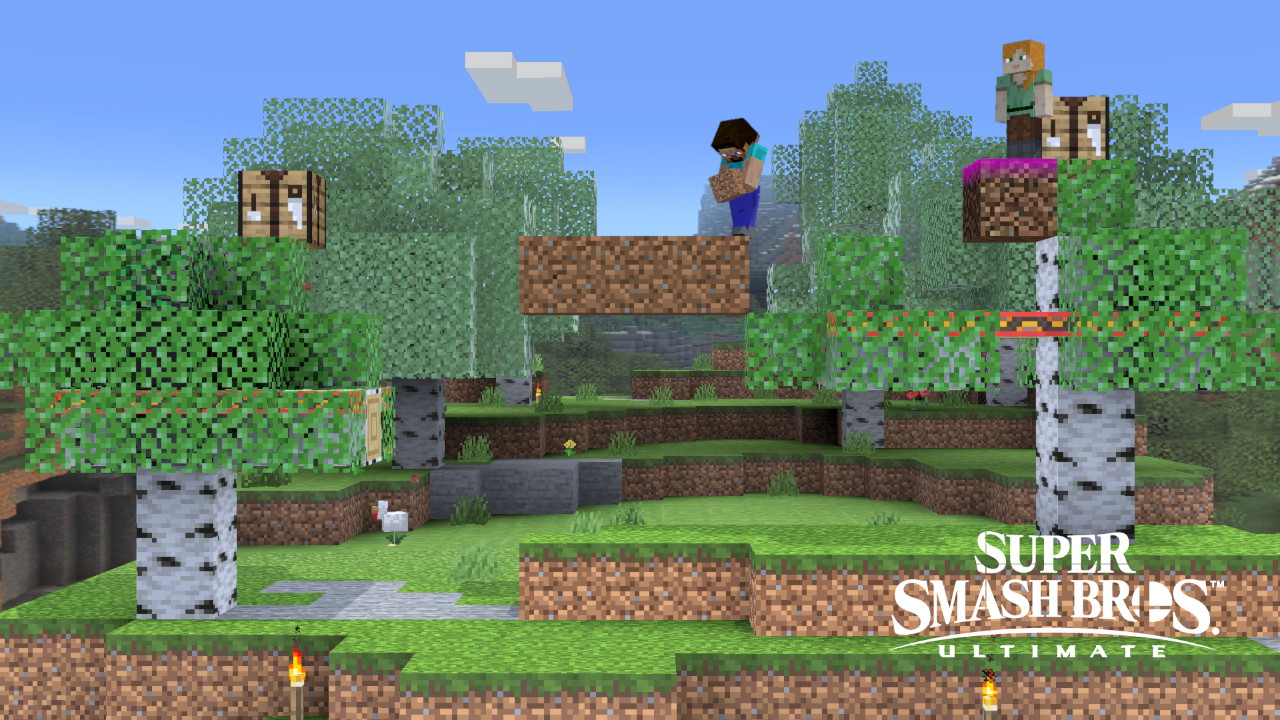 Steve and Alex bring with them a window into their entire world, simply defined Minecraft world. As in the original game, many of the elements on the solid platform can be destroyed, but never be able to push themselves underground. When everything is destroyed, beyond the presence of a floating platform, the arena remains structurally identical to Final Destination. The biome which will be played in (between plains, birch forests, savannas, taiga, snowy tundras and sea cliffs) is random, unless held down a specific key when you choose it. Respectively, the keys are: L (plain), L + R (birch forest), L + ↑ (savannah), L + → (taiga), L + ↓ (snowy tundra) and L + ← (sea cliffs). 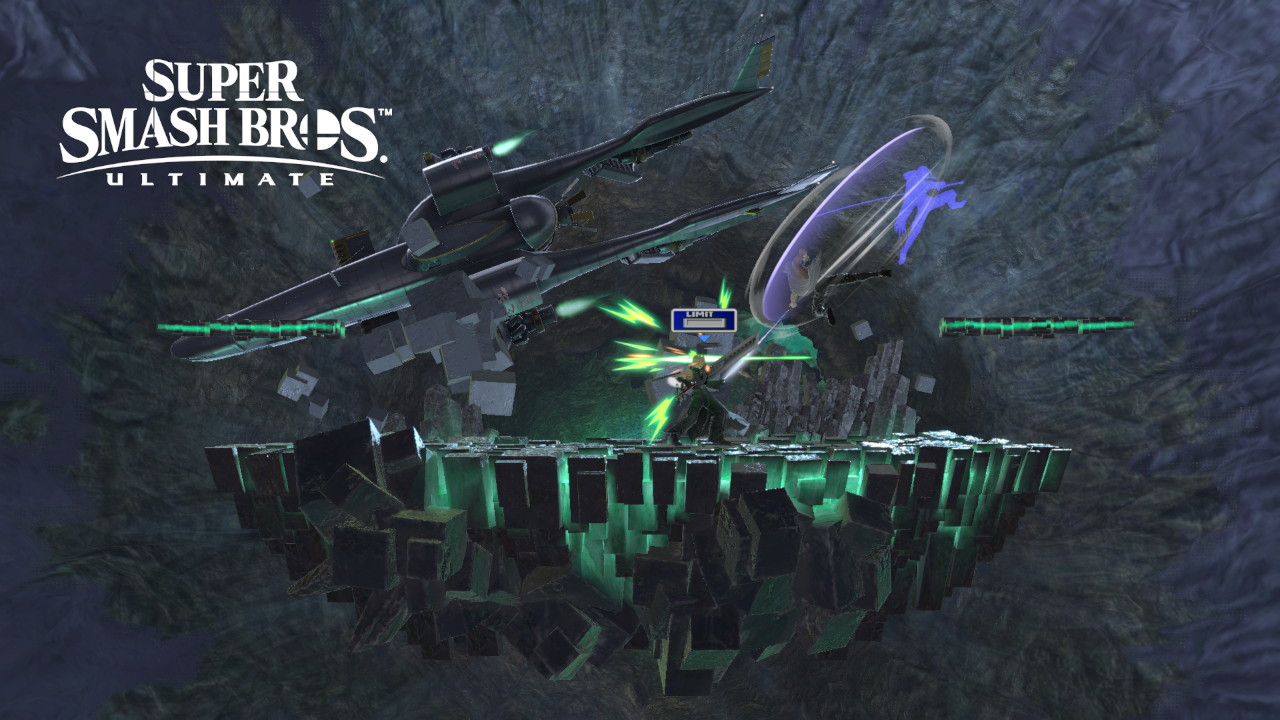 With a layout consisting of one solid platform and two traversable on the edges, you would think the arena included with Sephiroth is viable in the competitive arena. But no. Due to a “too distracting” background, North cave is banned from tournaments. Unfortunately this is the way life goes. 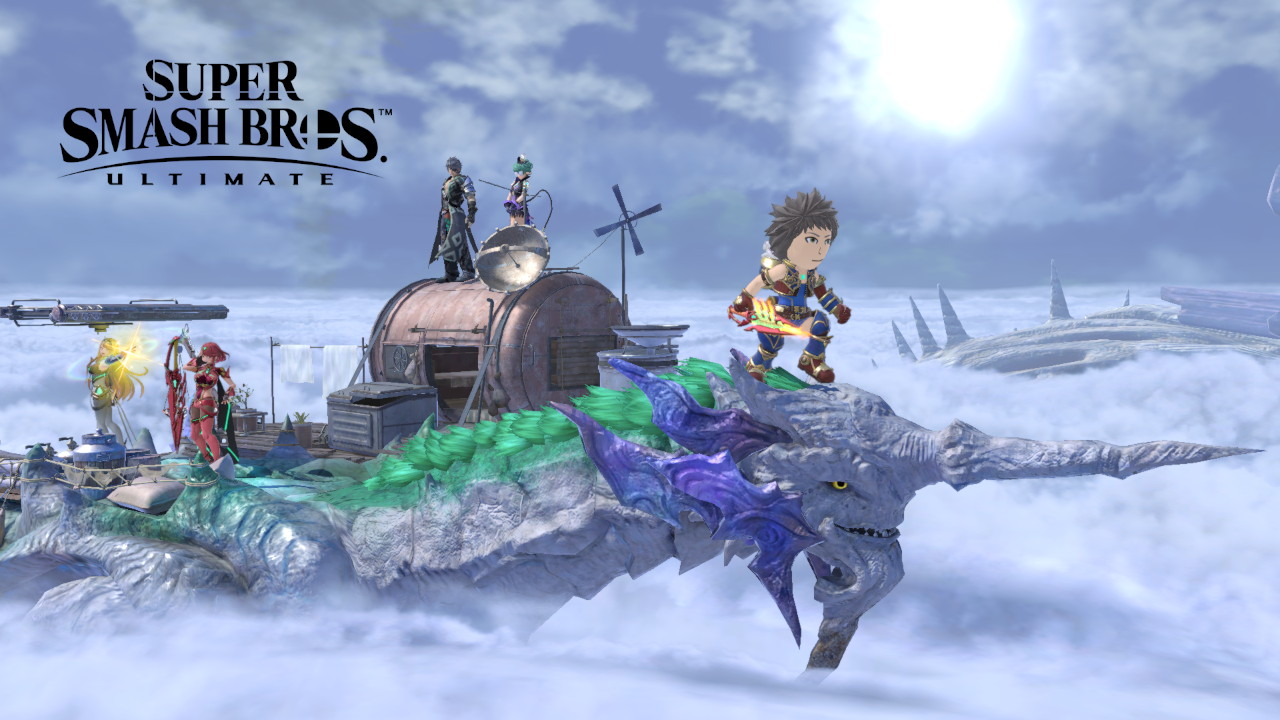 Contrary to the colossal agglomeration of platforms that is the Plain of Gaur, Xenoblade Chronicles 2 was represented with a more contained level design. Pyra and Mythra carry the Alrest Sea of ​​Clouds, that is the back of Azurda (or “grandfather”, as Rex calls him), who will comment on the progress of the battle. From time to time the colossal creature will look away, turning its neck into a potential trap for less attentive players. For the rest, there is not much to add. Just a floating platform in the left half of the scenario, and a slight slope up to Azurda’s neck. 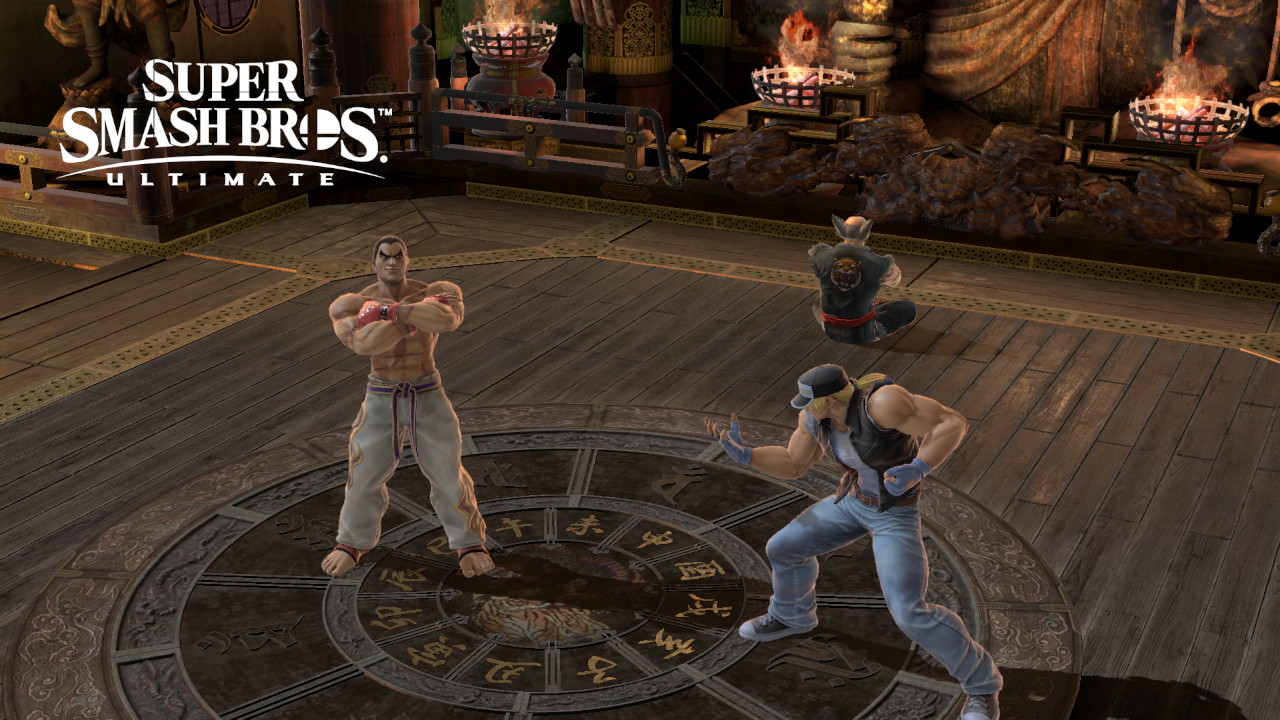 Included with Kazuya Mishima is also the dojo of his “beloved” father Heihachi. Compared to the King of Fighters Stadium, the Mishima Dojo offers a more alternative… let’s say “homemade”. This is a main platform very close to the outer borders, with walls and ceiling to be destroyed to inflict a KO. Whenever this happens (the KO, of course; not the renovation of the house) Heihachi, sitting in the background, stands up to pose. The structure repairs itself after some time. 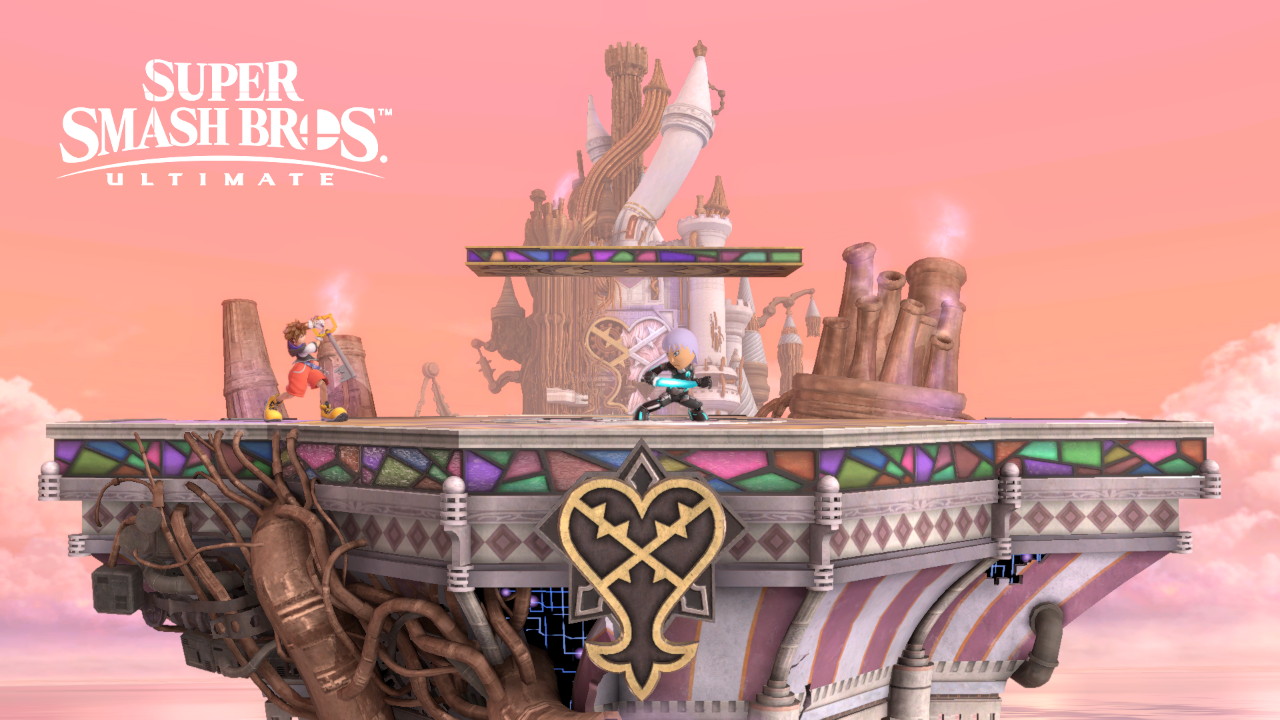 You know what we said about the Boing Stadium? Because what we have said about its layout also applies to the Dark Fortress, included with Sora. This is a solid platform accompanied by one that can be crossed in the center. The layout remains simple even when the background moves from the eponymous castle to the stained glass windows of Plunge into the Heart. Ironically, while the competitive community has received (in part) very coldly the most voted character in the Fighter Ballot, his arena is a genuine wink at the simple level design that is such a furore in tournaments. 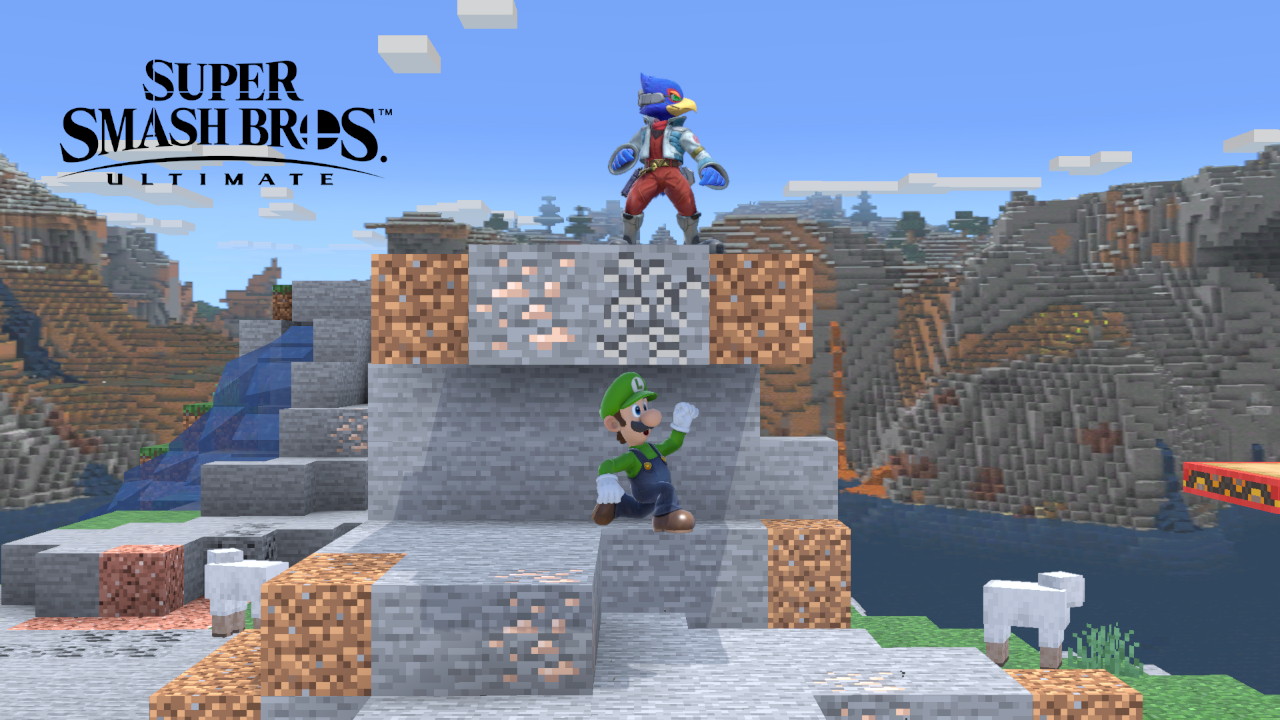 Twelfth and final study in the appendix: Short jumps

Plan with the handkerchiefs: we could also change our mind and dedicate a further guide, but after having described over one hundred arenas and scenarios it is time to close the accounts with Super Smash Bros. Ultimate. And what better way than a gimmick to use free air strikes? You may have noticed that jumping and using targeted air strikes (aka left analog lever + A) is difficult when there are characters like Luigi and Falco jumping very high. However, you can use the X or Y keys to jump instead of sprinting up with the left stick. Pressing the two keys together, however, will result in a Short jump: use it to put to good use all those moves that Masahiro Sakurai has demonstrated with ease during his presentations!

Now it’s up to you to tell us yours: did our guide help you? Have you found the various easter eggs and / or quotes that we have included in the images? Would you like to expand it all with an extra bet to see other techniques? Let us know below, and as always don’t forget to stay on TechGameWorld.com for all the most important news for gamers and more. For your purely gaming needs, you can instead find the best discounts in digital format on Instant Gaming.