In the ninth part of the guide, we will move from the exclusive arenas to the 3DS format to the scenarios previously only seen in Super Smash Bros. for Wii U

So far we have seen arene relatively simple, but today after the 3DS version we will introduce in ours guide i received scenarios and Super Smash Bros. for Wii U. If what we have seen so far seemed perhaps a bit complicated to you, then, expect the unexpected: in today’s episode we will see the penultimate settings from the fourth chapter. The novelties of Ultimate itself, however, we will see them in episodes 11 and 12. In the appendix, however, we will talk about a universal concept to the point of going well beyond the mere field of fighting games. Today we will go into a little technical and talk about hitbox! 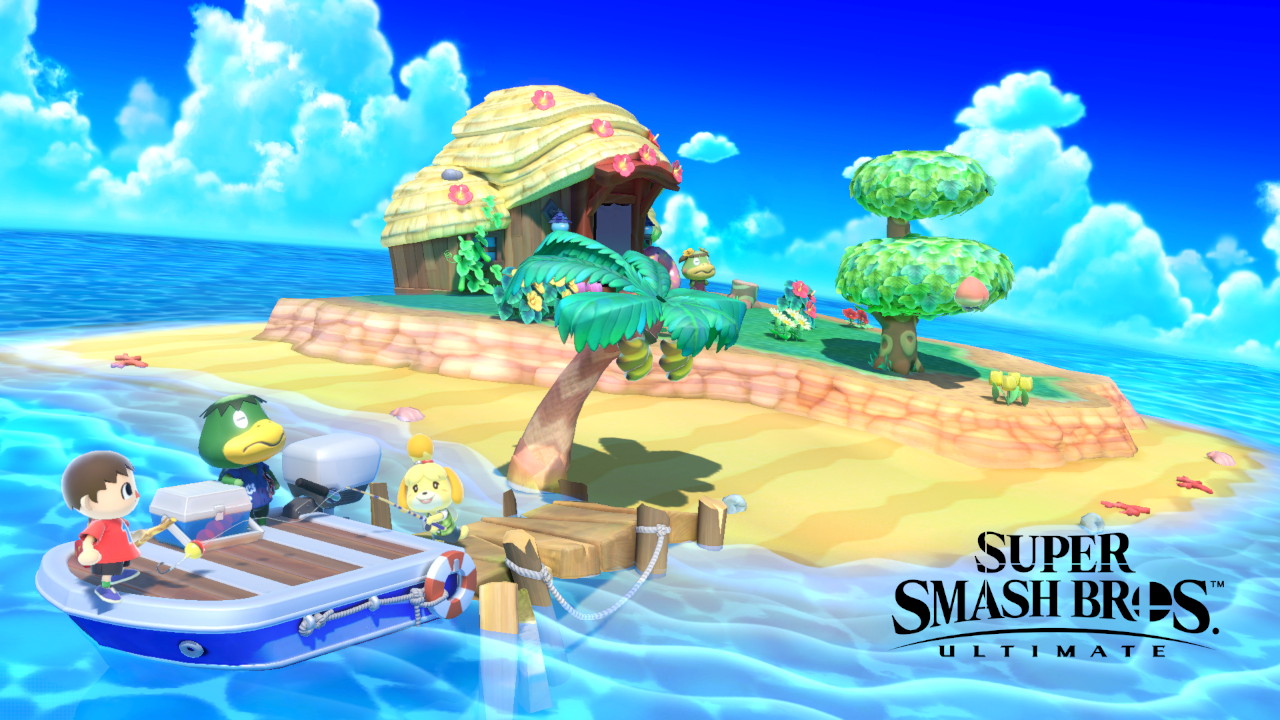 Among the arenas and scenarios from the 3DS version (two are still missing, including this one) seen in this guide to Super Smash Bros. Ultimate, theTortimer Island it is perhaps one of the largest. The layout always includes a jetty and an islet whose palm trees provide platforms, but outside the sea on the sides, the various elements are random. Never random in such a way as to make the fights too chaotic, but the matches tend to differ from each other. Ah, we forgot the sharks: you better keep away from the water, if you can! 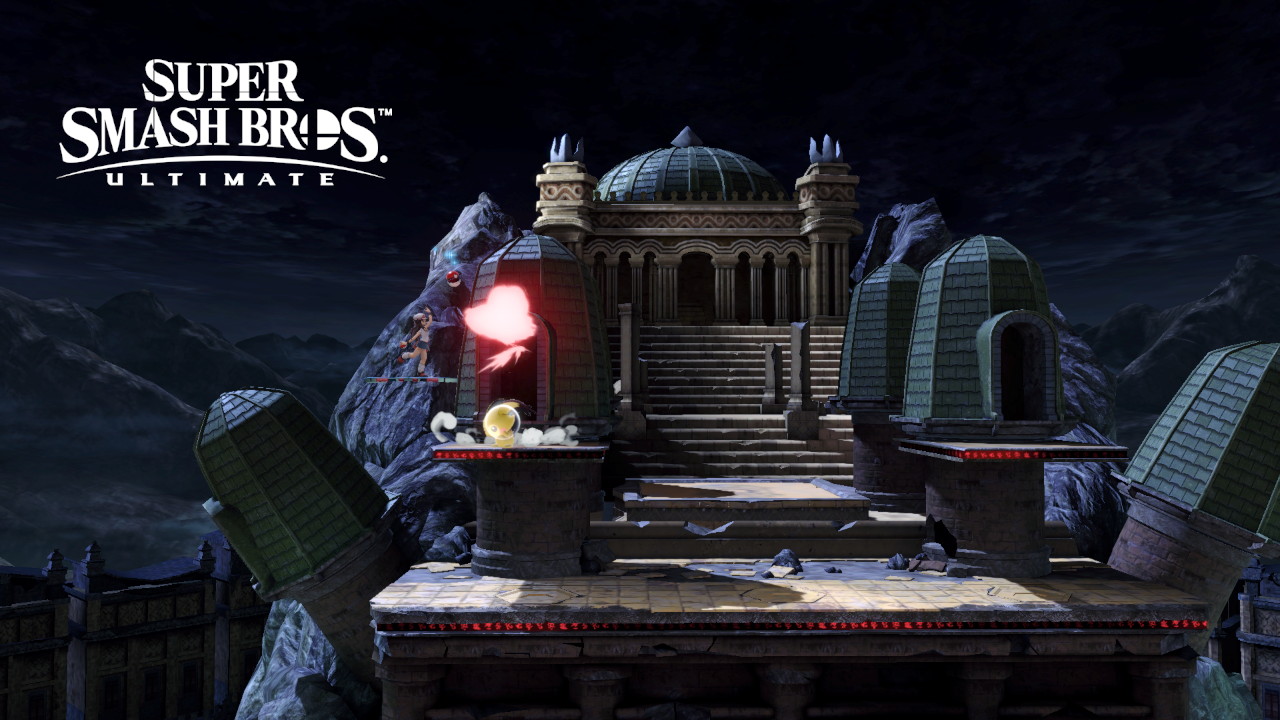 The fifth generation of Pokémon has no fighters to represent it, but certainly the scenarios of the fourth Smash could not have ended with a better arena. There Relieve Pokémon in Unima features a main platform accompanied by two smaller traversable ones, but the background can change in three different ways. The appearance of Reshiram or Zekrom can respectively put a sword and fire or electrocute some points of the scenario. If, on the other hand, it is the Castello di N that stands out on the horizon, then the two edges of the main platform will be accompanied by as many sloping walk-offs. 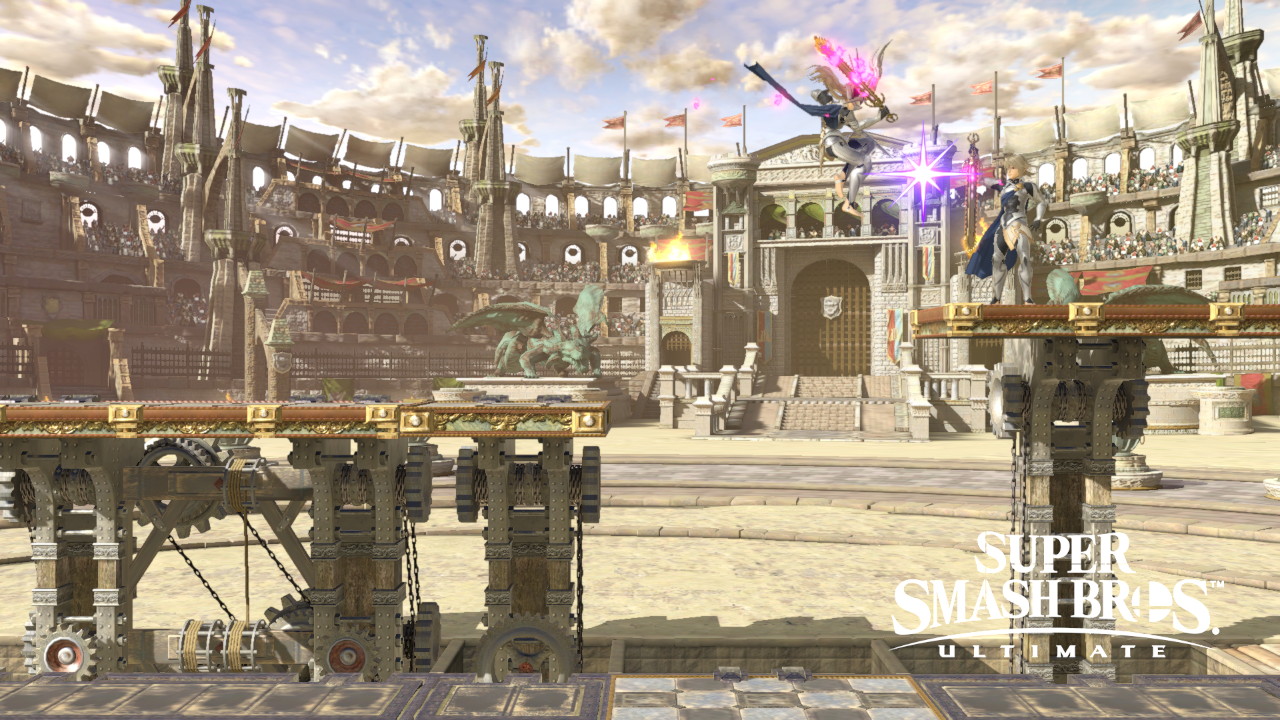 The arenas of the Wii U version open with a little unimaginative in the name, or so in the Italian translation. Colosseum, simply by us Arenaconsists of a single large floor (with walk-offs on both sides), from which different platform layouts emerge from time to time. 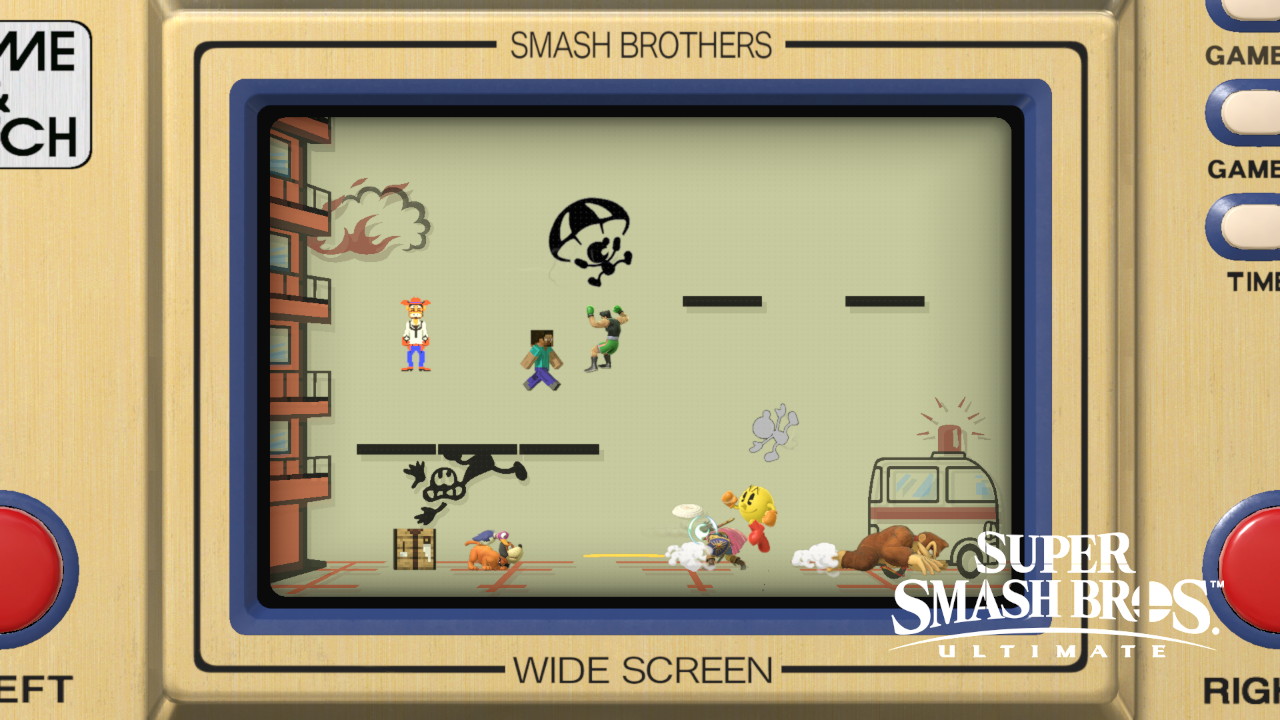 By merging Flat Zone from Melee and Two-Dimensional Zone 2 from Brawl, the fourth Smash came up with the Two-dimensional Zone X. Within the screen of a Game & Watch (with the two resulting walk-offs), layouts from the two previous levels alternate. 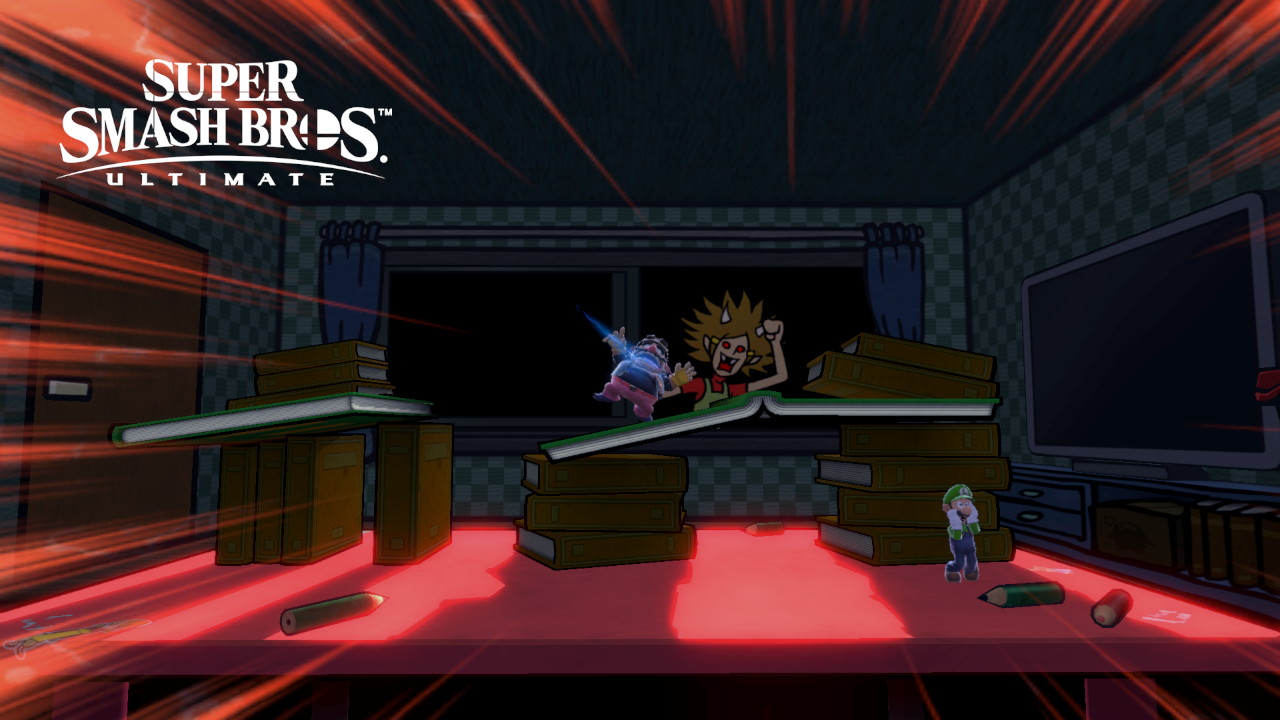 There was talk of random layouts with Tortimer Island, and here the Wii U version of the fourth Smash also offers an arena with this basic idea. The premise of Gamer it consists of a desk to fight on, while various furnishings serve as solid and non-solid platforms. In the background, however, from time to time a gigantic maternal figure will peep out, inflicting a disproportionate amount of damage to the unfortunates who are in her field of vision. Woe to the first one who makes jokes alluding to animatronic animals, understood? 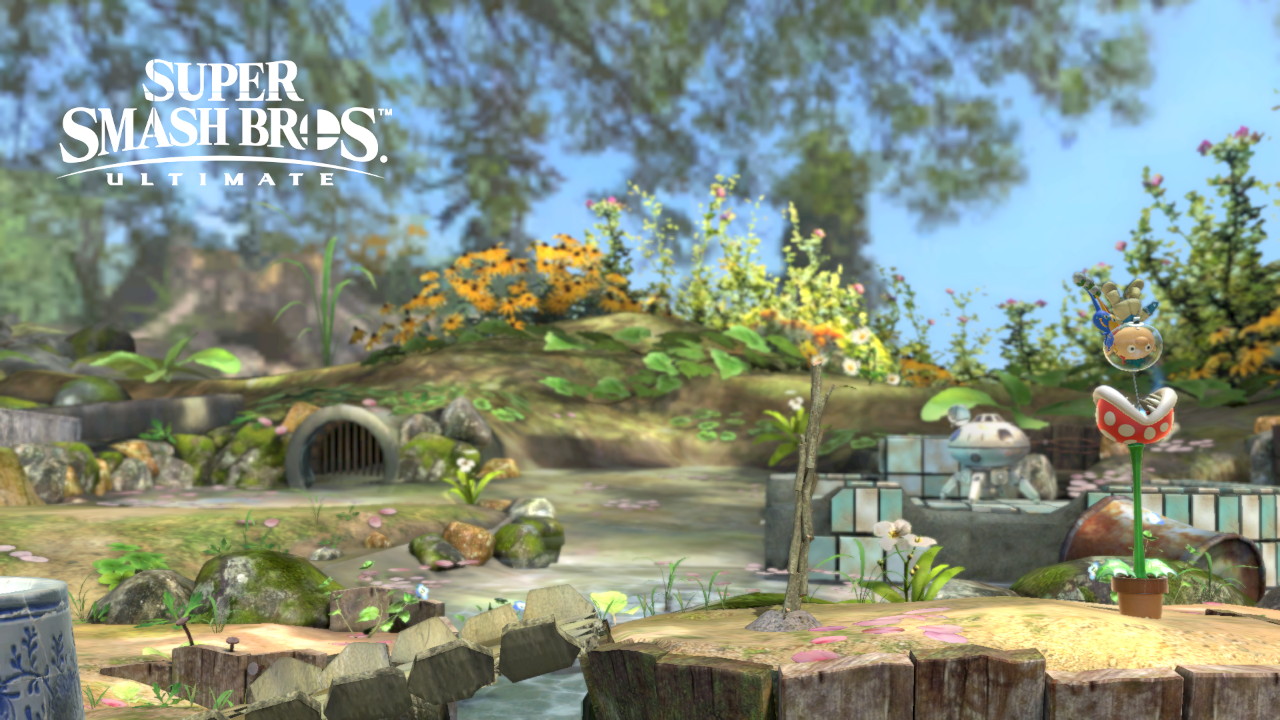 Have you ever wondered, playing on the Remote Planet, how nice it would be to clash between the various trinkets of the Pikmin series? No? Too bad, because Serra Hope is here to answer the question. While at both ends there are as many moving platforms that go up and down, the action takes place in the center, on the two main solid platforms. A destructible sloping bridge connects them. Pottery items can also be destroyed, either by players or by the Onion Crab that occasionally invades the field. Ceramics will be rebuilt automatically by some Pikmin, unless the Coleto in the background focuses on the arena. 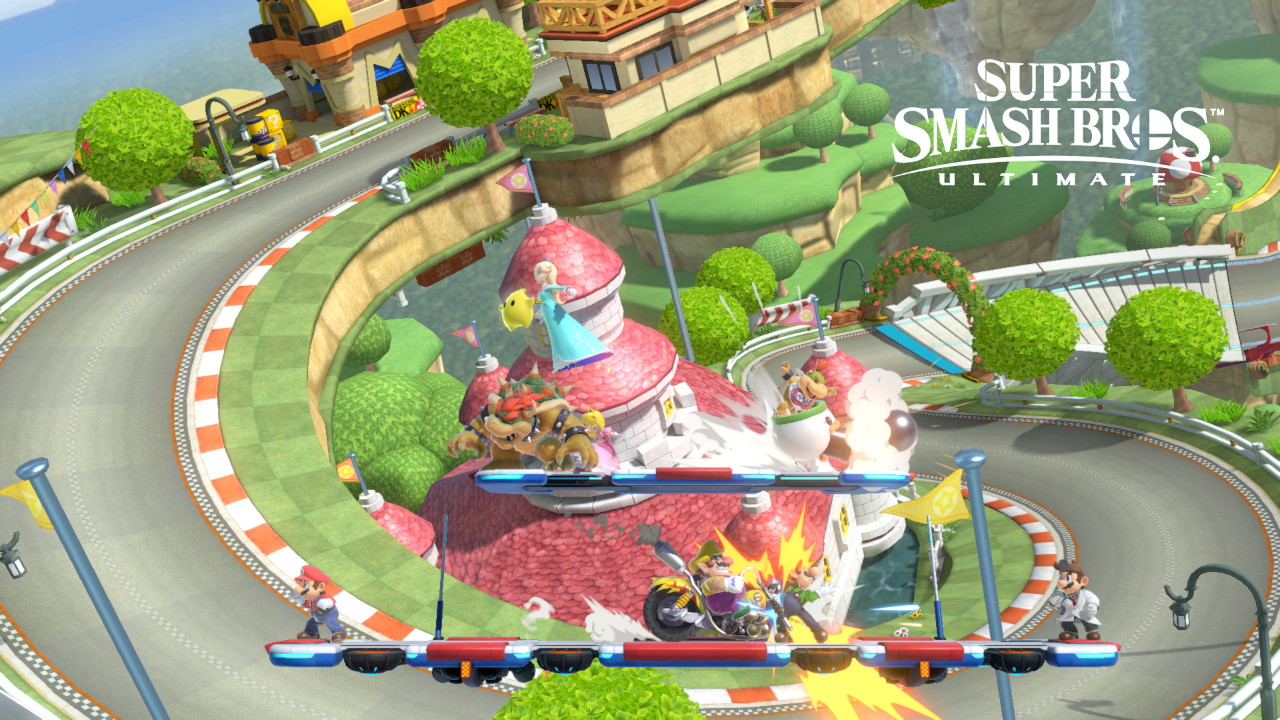 The League (the one nice with the Elite Four, of course) has also arrived on Wii U, combining the setting with the Kalos region. What to expect from the Relieve Pokémon in Kalos, so? The arena remains basically flat, save for the variations of each Elite Four that never fail to spice up the clashes. The Fire version adds two pillars of fire in the center. With the Dragon variant, similar purplish flashes are unleashed on the scenario. The Acqua version adds two sloping walk-offs that transform everything into a slide. Finally, the Steel version sticks two broadswords in the center, which transform the closest fighters into metal. Warning: Legendary Pokémon appear from time to time, shuffling the cards on the table even more!

If the Ottotornante has changed its name to avoid confusing us, the Mario circuit It is, to all intents and purposes, what the name implies. The arena will lead us to various points of the track, on which the corresponding eight possible layouts depend. In the movements between one and the other, the clash will naturally take place on board a traveling platform. Be careful: every now and then, the track and its (dangerous) drivers will be over your heads! 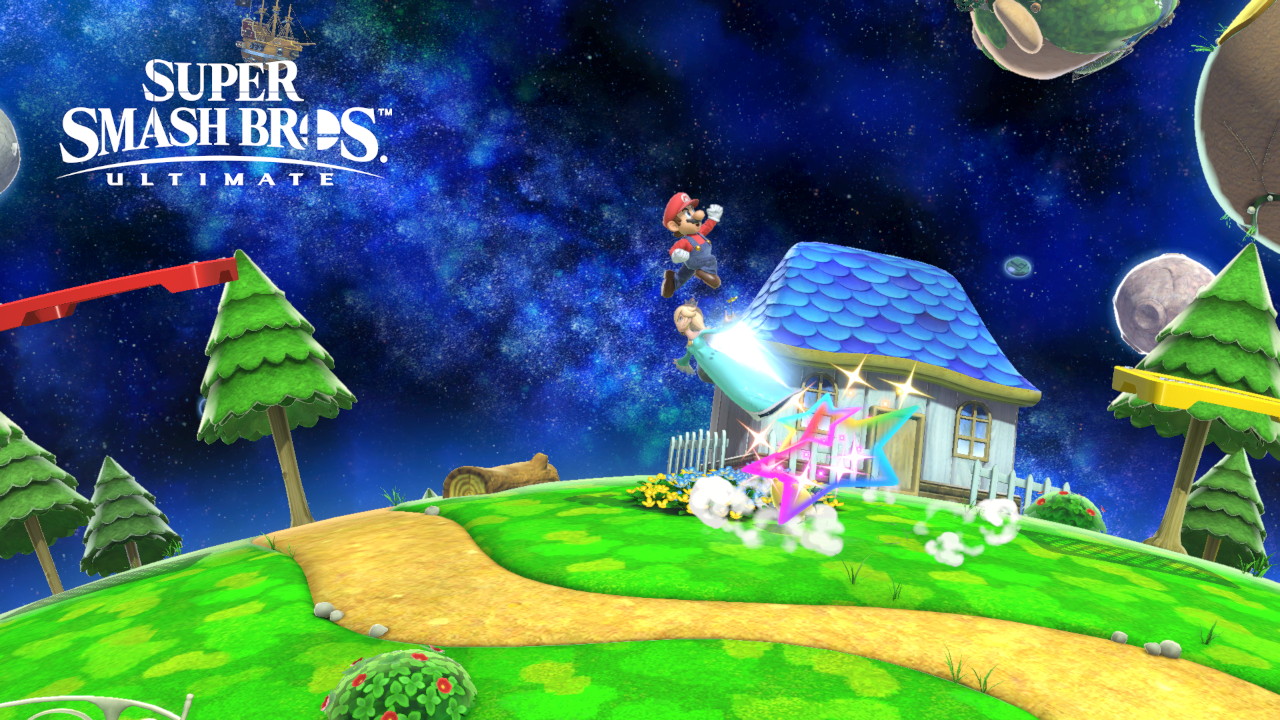 This was expected in Brawl, and instead the scenario inspired by one of the most loved Mario games of all time missed a Smash. Be that as it may, Mario Galaxy proposes for the first time a “gravitational” layout that affects …