Hat off and no jokes about Team Fortress 2: the hats will be the protagonists of the Super Smash Bros. Ultimate weekend event

Masahiro Sakurai’s fighting game returns as every Wednesday to announce the theme of the event of weekend of Super Smash Bros. Ultimate. After having entertained us with the tournament “35 years and not hear them”, now it’s up to the Spirits board fare “Hats off“: The headgear will be the protagonists of a thematic skimming, which in the absence of unpublished content will keep us busy for only three days, starting from the day after tomorrow, Thursday 4 (eight in the morning, Italian time), until Monday 7 (same). Predictably, three class spirits Legend they will periodically appear.

We will therefore be able to collect all the Spirits with headgear that are missing from our collection, but the Super Smash Bros. Ultimate weekend event “Hats off” will put us in front of three particularly mangy opponents. We refer specifically to Link dal primo The Legend of Zelda, a Ninten from the first MOTHER ea Pauline in his version of Super Mario Odyssey. The latter, as well as all of the rest, presents possible shortcuts: in the case of Pauline you can equip a Staff with a Spirit and shoot from a distance at the beginning of the meeting to make your life easier. 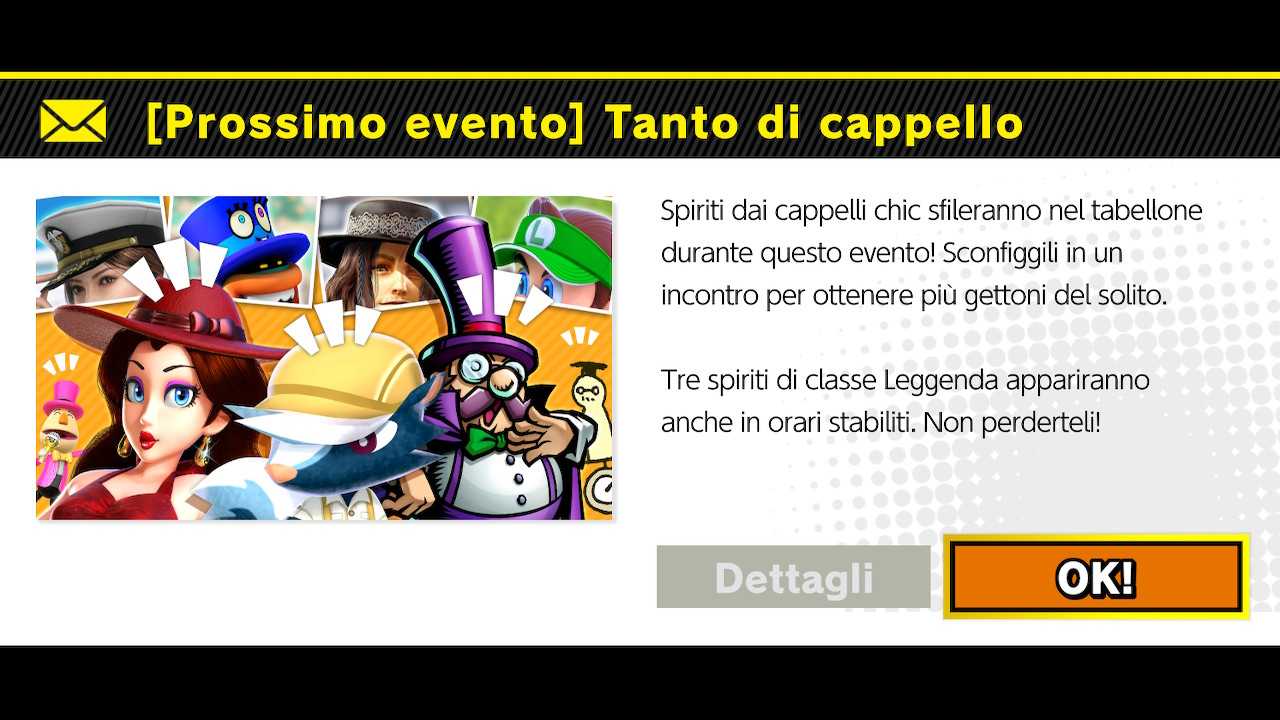 However, as you see below, this is by no means the only upcoming event in the homeland. There is also a “Top 100” tournament, till now silenced on the western frontand, which will test the skills of the best players. We report it just for completeness, though Masahiro Sakurai retweeted the post you see below with an amused comment. “In other words,” asserts the game designer, “we will discover the best to use Donkey Kong and Sephiroth”. We only have to hold on for a couple of weeks, but soon this kind of news will give way to at least the announcement of the penultimate DLC character in the game.

In “2021 Online Challenge”, in addition to the overall ranking Top 100, the ranking 1st by fighter is also posted in each tournament!
We will announce the top of each of the 84 types of fighters.
Even if it is difficult to reach the top overall, if you are confident in playing this fighter, please aim for this ranking. pic.twitter.com/6kwUjewZj9

Summer Game Fest: announced the start date of the 2021 edition

Hideo Kojima offers new clues about the collaboration with Sony