The curtain also falls unexpectedly on the events of the weekend: the next Super Smash Bros. Ultimate online tournament will be the last!

Last week, speaking of the weekend event dedicated to the Smiling Spirits, we ended up predicting a long support for the game, but the online tournament it will also be next weekend the latest in Super Smash Bros. Ultimate. The event in question, “The transport of the challenge”, Will perform a type of skimming that we rarely see in this kind of dating. In fact, the wrestlers will not be chosen, but the theater of their clashes. The arene available will only be scenarios in which we will fight aboard (platforms in the form of) means of transport.

The online tournament train is arriving at Super Smash Bros. Ultimate, move away from the yellow line

Nine arenas will be available in the latest (tearful) Super Smash Bros. Ultimate online tournament. We will be able to face each other on board the The Rainbow Walk, Corneria, Venom, Big Blue, The Lylat System, The Pirate Ship, Spirit Train, Mute City SNES and Pilotwings. The rules they are the same as always: two-and-a-half minute timed scrums, with the Final Smash Bar active and “enough” tools. The event will begin the day after tomorrow, Friday 12 November, at seven in the morning and then end on Monday 15 at the same time. But be careful: it will be the last unpublished event. 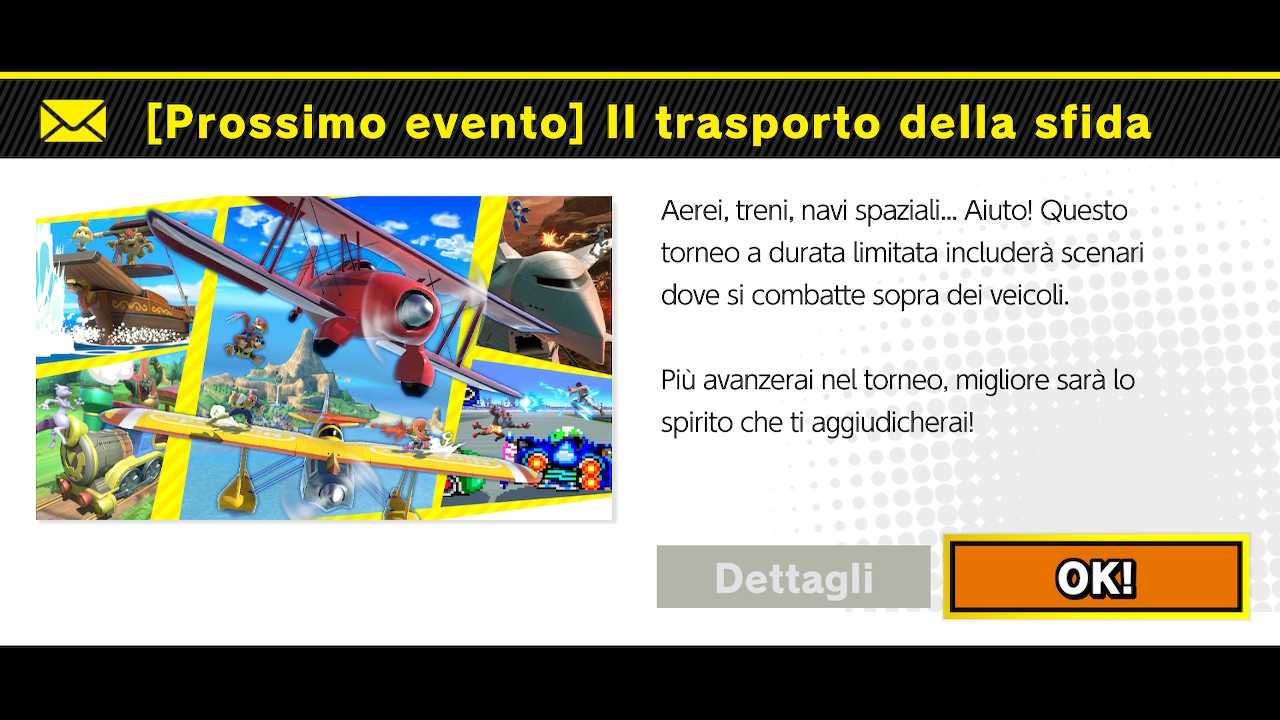 This means that it will not be the last chance in full to gather around Masahiro Sakurai’s encyclopedic fighting game. A tweet from the Japanese account has in fact confirmed that, from the following weekend onwards, some of the events already seen in the past will be held again, from the Sephiroth tournament to those dedicated to the previous Smash (source of the main illustrations of our guide, with exceptions) . However, as regards the events that have entertained us to date, the news ends with this farewell. So let’s give a last round of applause to Sakurai before the reruns.

Now it’s up to you to tell us yours: what do you think of this last farewell to the most ambitious fighting game ever? Let us know below, and as always don’t forget to stay on TechGameWorld.com for all the most important news for gamers and more. For your purely gaming needs, you can instead find the best discounts in digital format on Instant Gaming.