All those born from 2010 to today gathered: the Super Smash Bros. Ultimate online tournament celebrates them, after the arrival of Kazuya in the roster

Although Kazuya Mishima is available today with all his huge collection of moves, contrary to what we would have suspected with the event dedicated to Sonic it is not the representative of Tekken to play a leading role in the online tournament of Super Smash Bros. Ultimate. Instead the event is another celebration of a specific decade, and after the 2000s (June 2020) it is now the turn of the 1910s. in other words, therefore, the characters born from 2010 to 2019 will be the undisputed protagonists of the skimming. It will therefore not be Kazuya who has to “prepare for the next battle”. 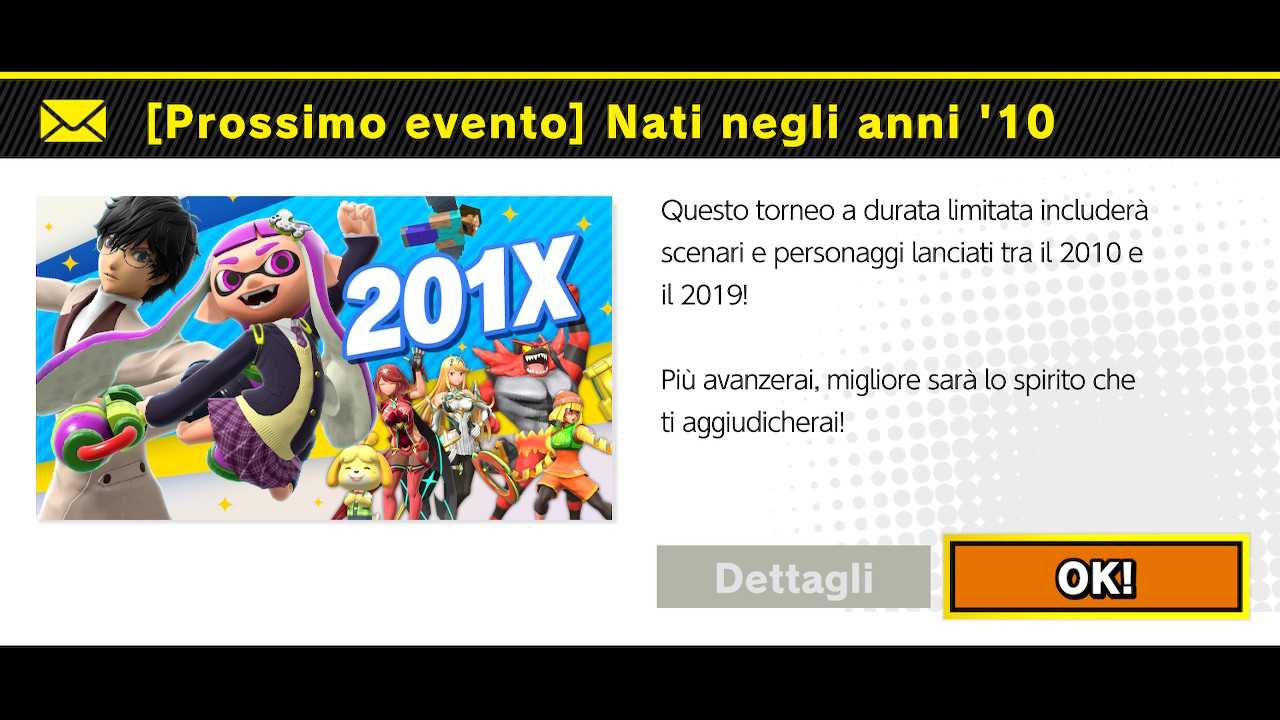 In fact, we are talking about game worlds seen in the last decade such as Ultrenuvola, Pokémon Kalos League, Gamer, Hope Greenhouse, Gaur Plain, Windy Hill Zone, Super Mario Maker, New Donk City Hall, Origins Tower, and City Towers. The tournament will always have the usual rules. These are timed fights of two and a half minutes each, with the appearance of tools in the average and the Smash Final bar active. The event will start from the day after tomorrow, Friday 2 July, at eight in the morning. The tournament will end at the same time as Monday 5th. We’ll see next week if Kazuya has an event of her own!

Now it’s up to you to tell us yours: what do you think of this tournament? Let us know below, and as always don’t forget to stay on TechGameWorld.com for all the most important news for gamers and more. For your purely gaming needs, you can instead find the best discounts in digital format on Instant Gaming.