Pajamas or not, all the “striped” Spirits of the Board will be at the center of the next Super Smash Bros. Ultimate weekend event

Like every Wednesday, we have a preview onweekend event of Super Smash Bros. Ultimate. After the last tournament dedicated to wielding tools, now the focus is back on Spirits board. At the center of the thematic skimming will be all the striped garments that the Spirits of “Winning streak“Bring with them. Not only that: even the characters who wield weapons distinguished by the same motif, such as Kirby accompanied by the Star Scepter, are also included in the selection. So if your collection lacks some Spirit with this distinctive trait, you will have the opportunity to continue the collection!

The Super Smash Bros. Ultimate weekend event adheres very well to the dress code imposed by the thematic skimming of the talented team of Masahiro Sakurai. In the artwork are already visible Toad Flying Squirrel from the Mario series, Ampharos as a mandatory example from Pokémon, Shadow from Paper Mario and the Millennial Portal and others. This does not mean, however, that eligible Spirits will be the only ones to appear on the board; however their presence will be at least guaranteed. We let you consult the in-game notification, available this morning. 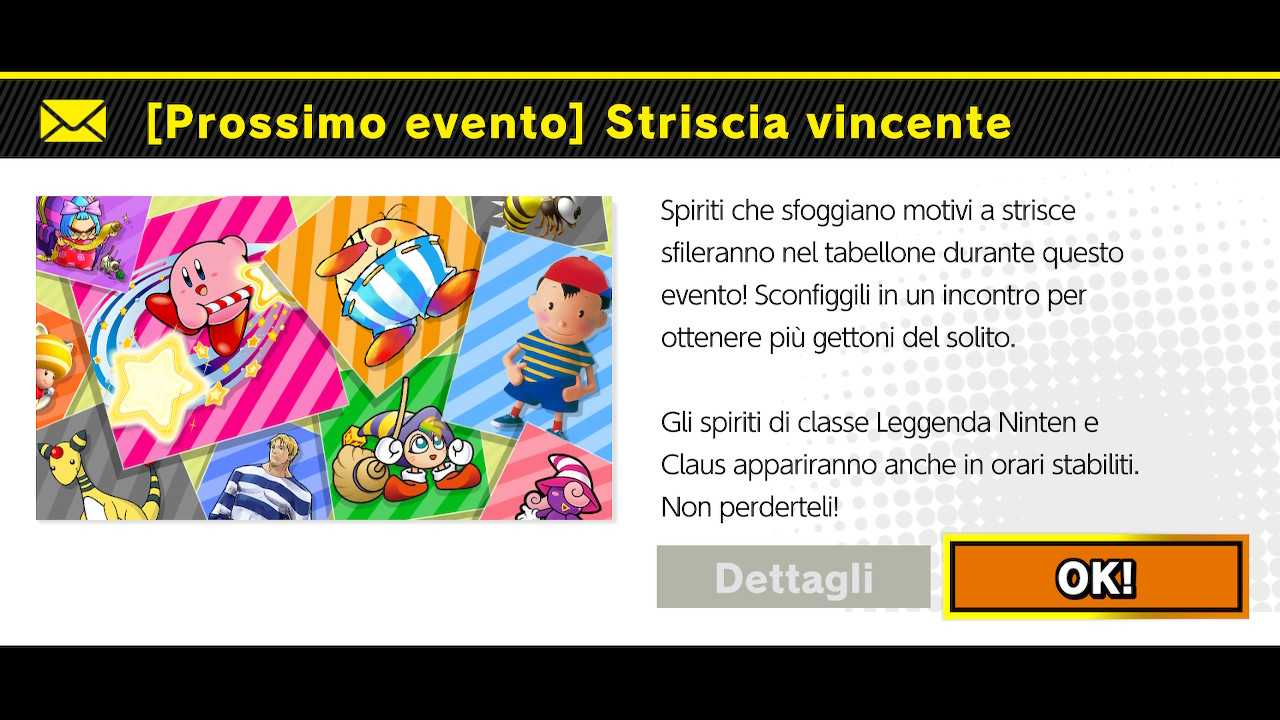 Of course, as the screenshot reminds us, the Class Spirits Legend they also appear at set times. Let’s talk about two characters from the MOTHER series: Ninten e Claus, both recognizable by the same horizontal striped shirt of Ness and Lucas. However, the event does not introduce unreleased content, which means that you will only have three days of time. The event will start the day after tomorrow, Friday 21 May, at eight in the morning and then end on Monday 24 at the same time. Good hunting!