Surely the good old Woody Allen is among the most prolific directors and actors in Hollywood as evidenced by his countless films, so let’s see what are some of his best films

Thick-rimmed glasses of ordinance, a sense of humor all of his own, chronic depression, cynicism, atheism, sex, neurosis, fear of death, jazz, failed marriages and more recur very often within the films Allen and his poetic itself.

A real artist, although sometimes it is better it would be better to define it stacanovista, which started from cabaret and then moved on to television and slapstick comedy before reaching his first feature films where he would be both director and actor.

Then, also thanks to theage that advances united with divorces and several cinematic needs, the screen itself then saw other actors take the “Features” of the neurotic character and all particular that it is Woody Allen same. A couple of examples? Well, among these we can mention the very blond Owen Wilson and also the iconic Jason Biggs made so by the American Pie film series. Not a bad choice, right?

All the films we are going to talk about, and they are many given his endless filmography, make the Woody Allen’s best film question very unique. In fact, these will not be presented according to a real objective order of satisfaction, especially as regards the box office receipts and the Oscars, but purely personal.

We also remind you that most of these can be easily recovered on streaming platforms such as Netflix or Amazon Prime. In any case, the normal television programming, any come out at newsstands and the DVD market you are particularly “friends” if you want to complete your collection. Once that is said, we can go. 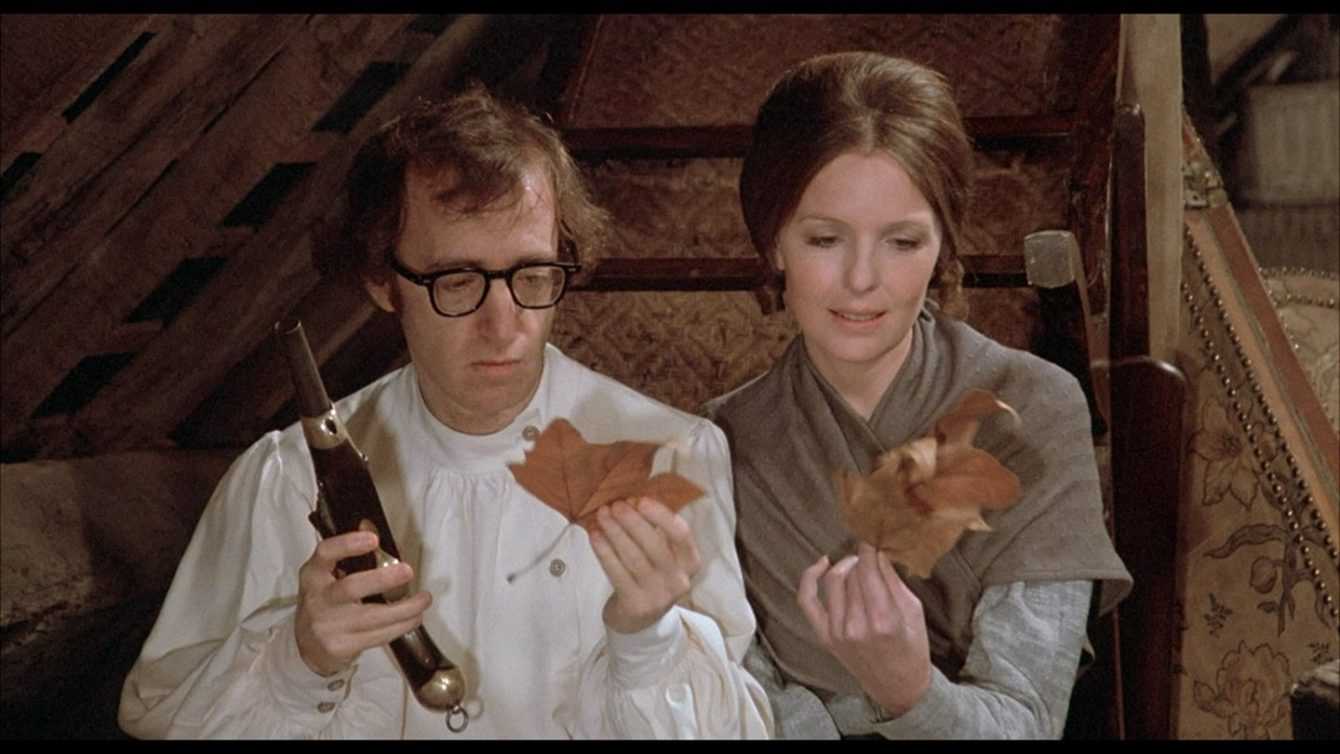 All students will have had to deal, at least once during their career, with exploits of Napoleon Bonaparte for the history program and the Russian novel as for that of literature. Well then let’s set our clock hands up to Napoleon’s disastrous military campaign in Russia also described by authors as Tolstoy e Dostoevsky.

Here we see our hero playing a real coward by profession, tale Boris Grushenko, who will try them all so as not to end up in the army. Also because he is madly in love with the cousin Sonja, Diane Keaton, which, however, seems more interested in anyone else except our Boris.

Parody of what is the great Russian novel, Love and war, will then see our dynamic duo embark on an undertaking perhaps too big for them, kill Napoleon! Will they make it? 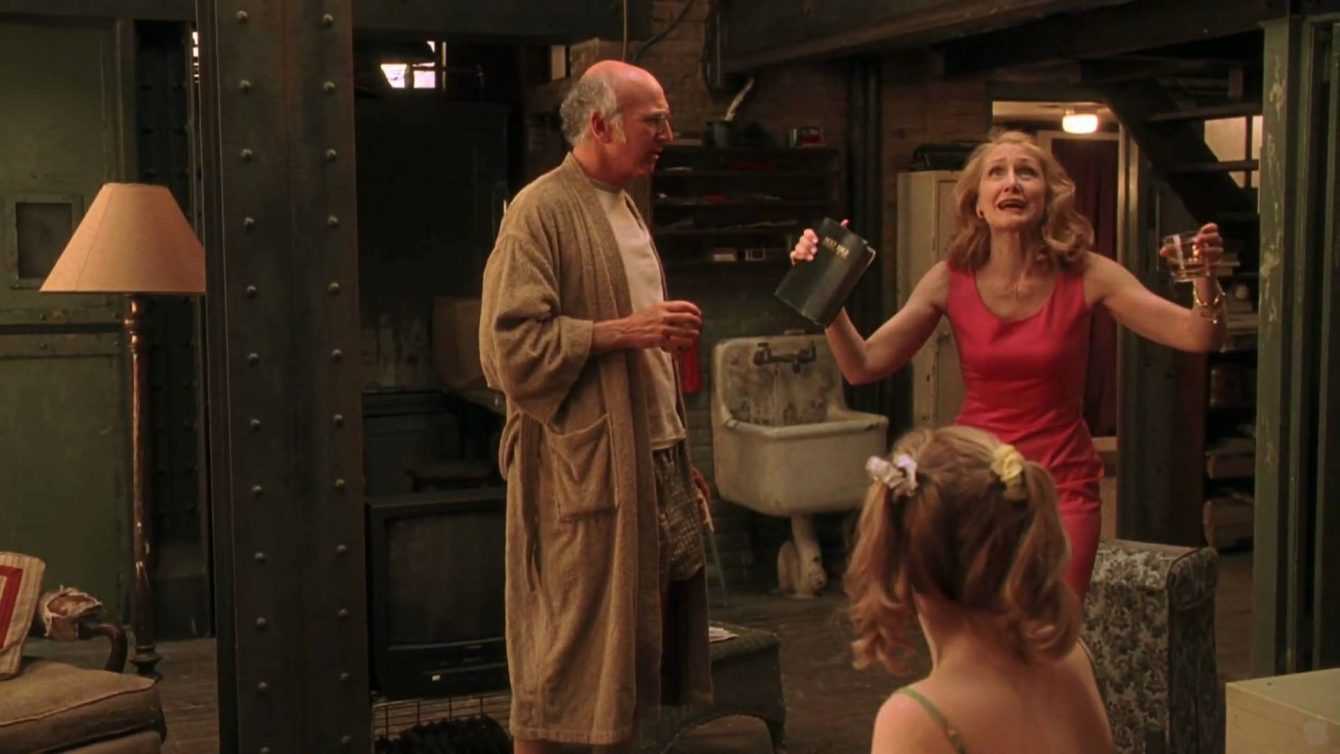 This time Allen directs the colleague Larry David, already appeared in his Radio Days and known to most for the series Seinfeld, in the role of the surly Boris Yellnikoff who tells us his cynical theories about life and neurosis by breaking through the fourth wall.

A world-renowned physicist and Nobel candidate, today Boris is a survivor of himself since he had already attempted suicide as evidenced by his limp through New York. To pass the days our protagonist tries to teach the game of chess to children e play with his old friends. After all, it is not said that it is enough to work?

Either way, his life, methodical and bordering on neurosis, will then be shattered by the arrival of the young woman country house and church Melodies St. Ann Celestine (Evan Rachel Wood). A tornado that, in turn, will bring others really not just! 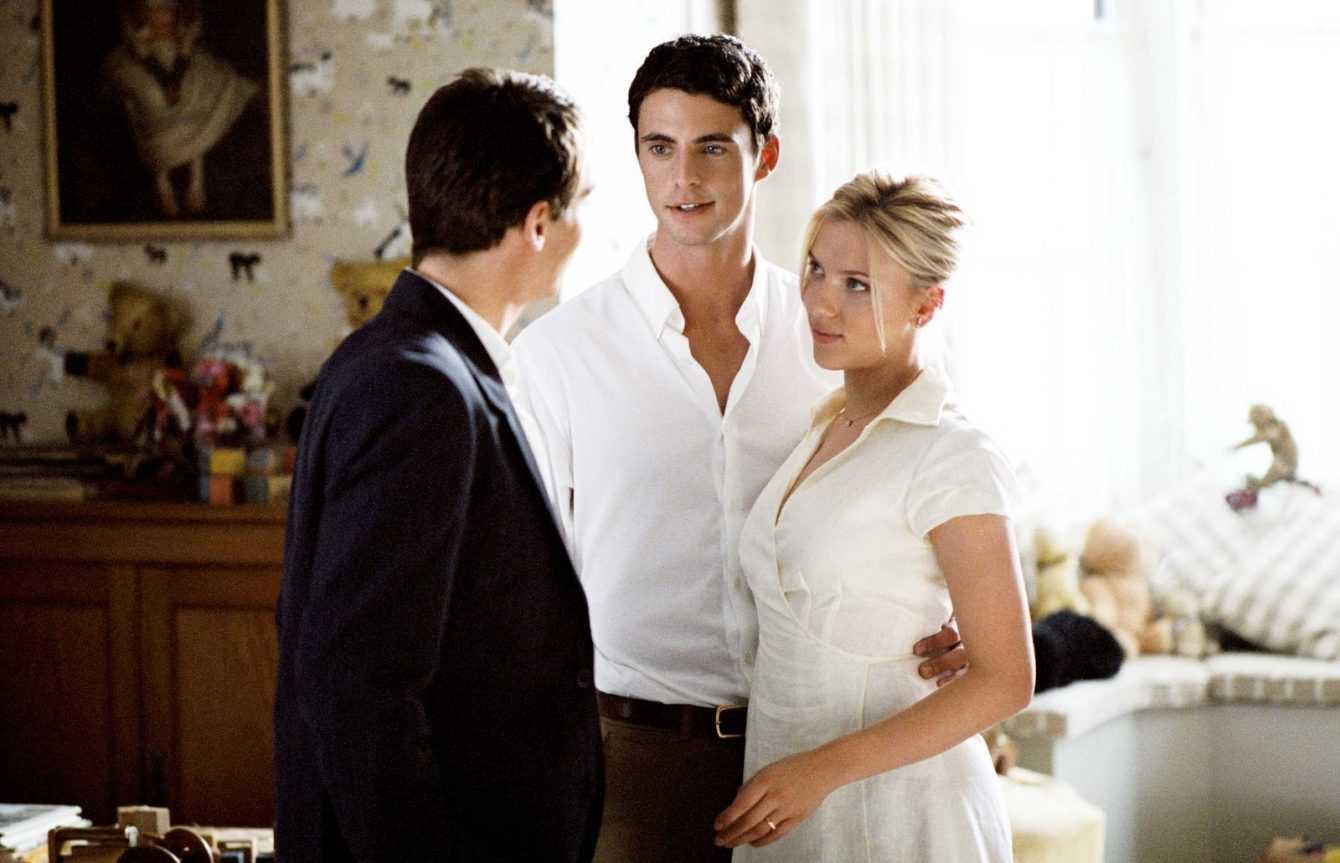 Set in the dear old London, Match Point, is a fairly atypical film. In fact, the presence of Allen in his characters is at an all-time low and let the events themselves speak. Here, however, there is very little to laugh about and the second part of the film, including the ending, fully demonstrate this.

History sees thetennis teacher Chris Wilton, a Jonathan Rhys Meyers art and literature enthusiast, meet the rich student Tom Hewett, Matthew Goode, and above all of his own sister Chloe, Emily Mortimer, with whom he will weave one report.

At this point it could be said that our dear Chris made his Match Point with a girlfriend and a really wealthy family. All good then until the arrival of the American actress Nola Rice, Scarlett Johansson, who will give a big jolt. The two will then become lovers up to the most tragic consequences! 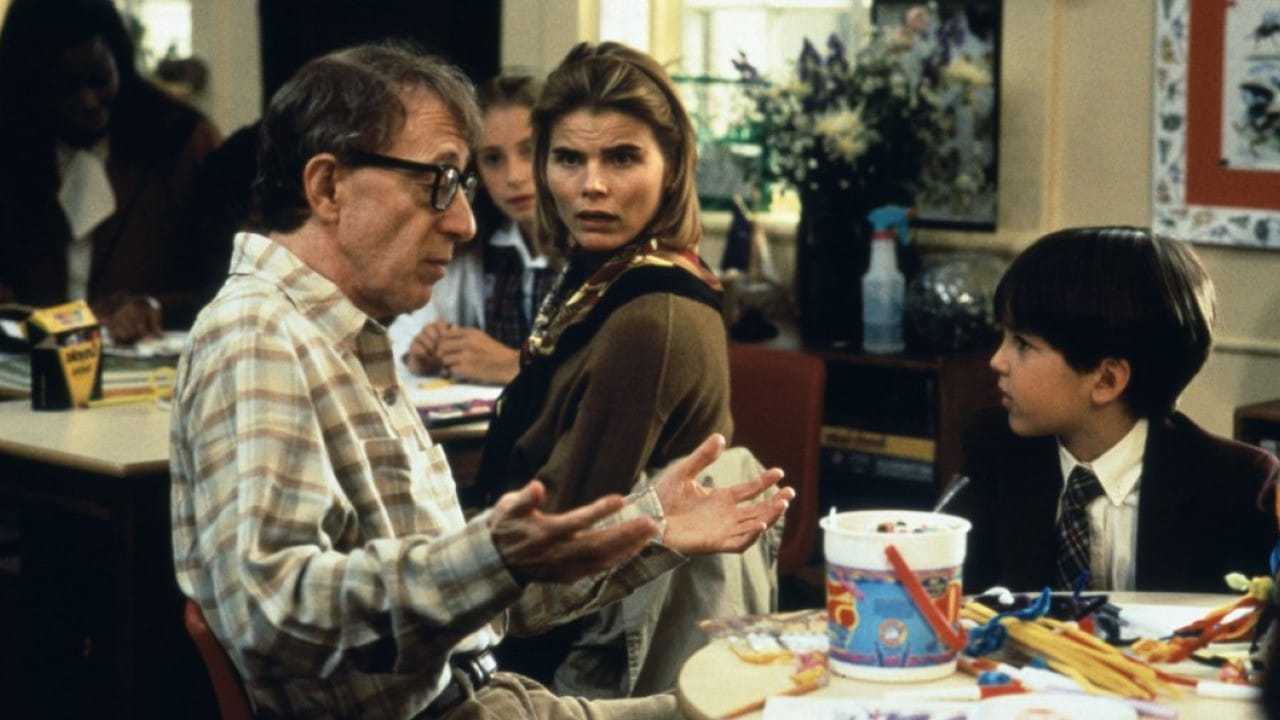 A real movie full of characters, Harry in pieces tells the life of the writer Harry Block (Woody Allen) which is in the midst of an existential crisis. Between failed marriages, old remorse and depression, our protagonist suffers from the so-called “writer’s block” and is unable to finish even a short story.

In fact, he lives in a constant mix between real life and that described in his stories never finished, here we will see the alternation of actors like Robin Williams, Demi Moore e Billy Cristal to name a few, so much so that he literally goes on to tell “his own business” in published novels.

Of course going to destroy the lives of others who, today, they are really furious and furious. One day, however, a letter arrives from his university, the same that had thrown him out years earlier, to give him an award.

This will therefore be the starting signal for a journey on the road to the University and its life with exceptional travel companions. Better not to add anything else so as not to invalidate the vision, a piece of advice, absolutely recover it! 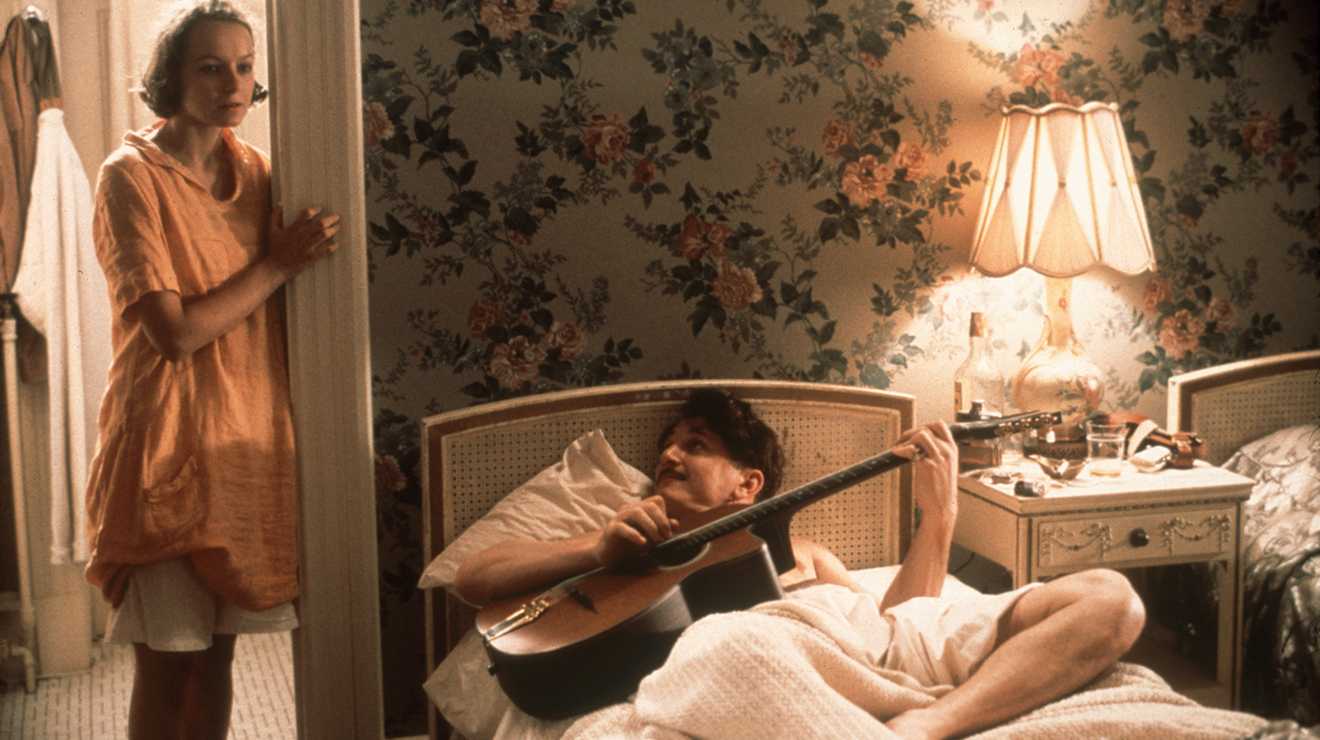 Among the many loves of Allen there is certainly the music, especially that jazz since he himself is a skilled clarinetist, and the film Accordi e disaccordi demonstrates this perfectly.

Between quotes and fictional characters, here is the case of the imaginary chitarrista Emmet Ray played by Sean Penn, our story is set in the thirties and talks about our protagonist’s obsession with the amazing Django Reinhardt.

Emmet is indeed a talented guitarist, but he lives with the constant ball of being second to Reinhardt (pivotal figure of gipsy jazz) and tries to hide it among alcohol, small scams to earn spieccoli and spending sprees.

When it happens, especially when he has a date with a girl, he then takes her to shoot rats in the landfill or to watch the trains go by. Will he ever be the best jazz guitarist ever? How do you spend your days trying to answer this question?

Having said that, enjoy!

At this point, what do you say? Have you seen them? If so, what do you think? In any case, remember that, to stay up to date on all the most exciting TV series, the unmissable animation and much more, we are waiting for you here on TechGameWorld.com!